Summer is a difficult time for holidays. It shouldn’t be, of course, but if you’ve got kids you’ll know that once the school holidays hit everything seems to cost at least 462 times more and is ridiculously crowded. As we’ve recently moved to Cornwall we’ve seen it a lot in our town, the shops suddenly all ran out of holiday essentials (toilet roll and cider) and when it rains (which of course because we’re still in the UK) the car park for soft play is quite unreal. We wanted to go away for a couple of days but we didn’t want to spend a grand or feel like a sardine so after a bit of hunting my husband found South Penquite Farm in Bodmin and now I’m wondering if I should be typing this up or trying to keep it a secret. 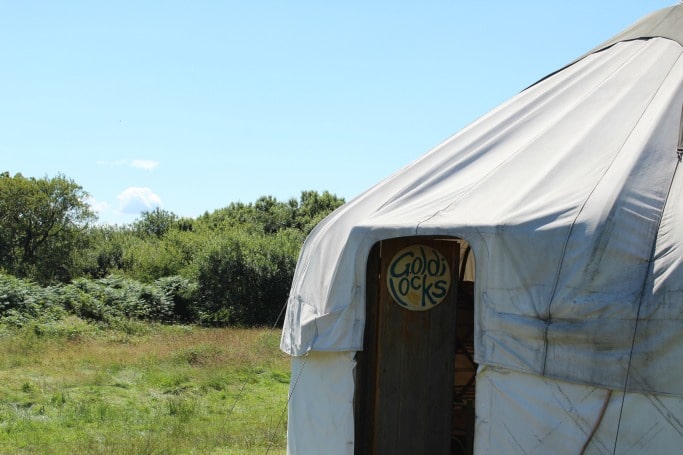 South Penquite Farm is a a proper working farm up on Bodmin moor, it’s an organic farm with over 200 acres. I’ve taken the kids to visit farms before but where we used to live in Essex farms that you could visit tended to be more petting farms with soft play and times to come and see ‘the stuff’ happen. I spent the weekend explaining to the kids about cattle grids, turning the hay and seeing sheep being sheared. We stayed in a yurt which sounds a bit glamping (ok, it is glamping) which I think pre-kids I would have turned my nose up at a bit why would you pay to stay in a big tent when you could put your own tent up? But actually yes that’s exactly why thank you. We have a tent, but we also have two small kids. If you’ve ever spent an hour putting a tent up or down with a small child attached to you (again, possibly in the rain) then you’ll understand the unadulterated joy of just rocking up and not having to deal with that. Also the yurt has proper beds. And a wood burning stove. And a hob. And a bottle opener and all sorts of useful, good and pretty things that frankly won’t fit in the back of my car any more because of the level of ‘stuff’ that leaving the house with the kids seems to demand. It was bliss. I’ve been reading Lulastic and the Hippyshake for a few years and following Lucy’s move from London into a yurt in New Zealand and after about half an hour in our yurt I was pretty much ready to do the same thing. 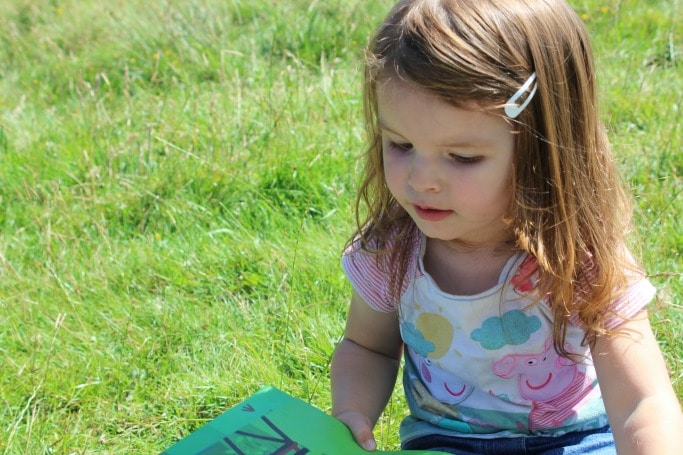 One of my main worries was (right on hippy parent alert) how on earth would my kids cope without tv or youtube but they were both fine, my son discovered that he loves cricket and my daughter sat in the sun playing with her Peppa toys or looking at books. having the yurt meant we got a bit more room to ourselves and they both loved having a campfire. I was a bit worried about how my youngest (a known sleep terrorist) would sleep and well, she wasn’t keen on sharing a room but frankly it was a lot less painless than bedtime last night at home (lets not talk about that). I asked her at one point if she’d like to have a nap on the bed and she said no and then lied down and slept on a hard plastic picnic bench. Each to their own. 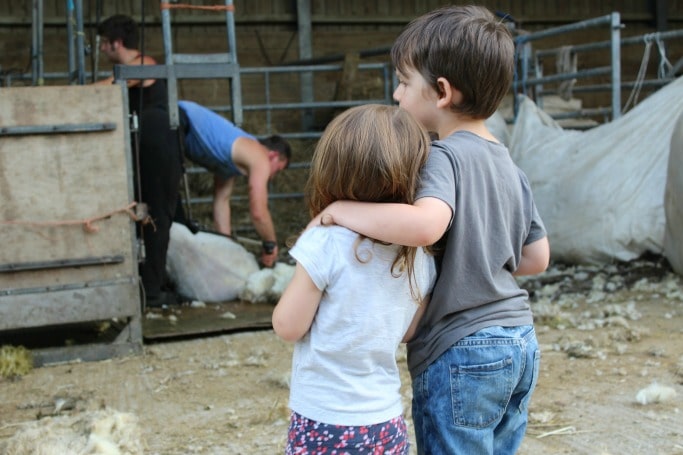 It was so nice to see the kids chatting with the ducks, geese and chickens that roam the farm as well as the ponies that wandered through the field next to us and the sheep out on the moor. And actually I must admit that while writing this up I’ve also been going off on a tangent and pricing up how much it would cost us to buy a yurt to live in. Don’t tell my husband though, eh? As soon as we got back we sat down at the computer and booked to go back, always the sign of a brilliant time away. 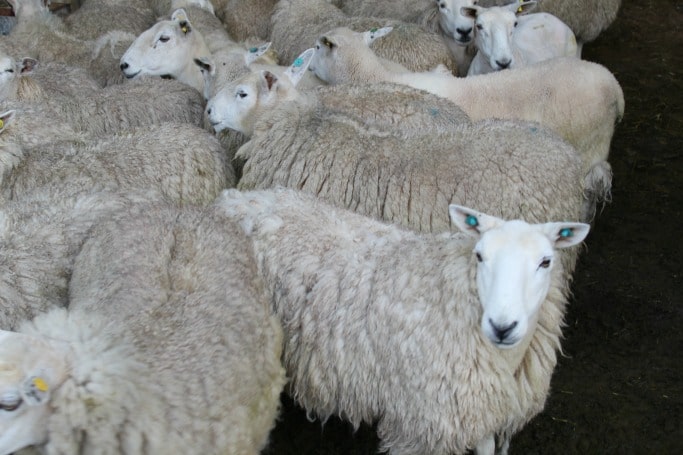 South Penquite Farm: What you need to know

Is there a shop there? Nope. And not that nearby either. They sell organic lamb burgers and sausages and wood for fires there but that’s it so stock up before you go.

Is there a play area for the kids? Yep there’s a little park and a play barn with a ping pong table and a volleyball net.

Are the toilets totally grim? Because camping… No! The toilets are fab and the shower was hotter than my one at home.

Is it crazy expensive? The most up to date prices will be on their site but we paid £120 for two nights in August. To put that into comparison when I looked at other yurts they were charging around £350. Camping per night is currently £9.50 per adult, £4.50 for under 18, under 5’s free.

Where can I find out more? The website for South Penquite Farm is here

Previous Post: « DIY Butterfly Number Stones
Next Post: 9 Ways to get your kids outside when they really don’t fancy it »