Tagines have been one of my favorite foods for ages, but with two small people around I’m normally so rushed in the evening that I don’t get time to make them. I suddenly realised last week that of course I could just pop all the ingredients into my slow cooker as and when I got the chance and then by dinner time a lovely meal would be ready and waiting for me with no panic involved. And my three year old will eat it. Ok, he avoids the olives but that just means more of them for me! 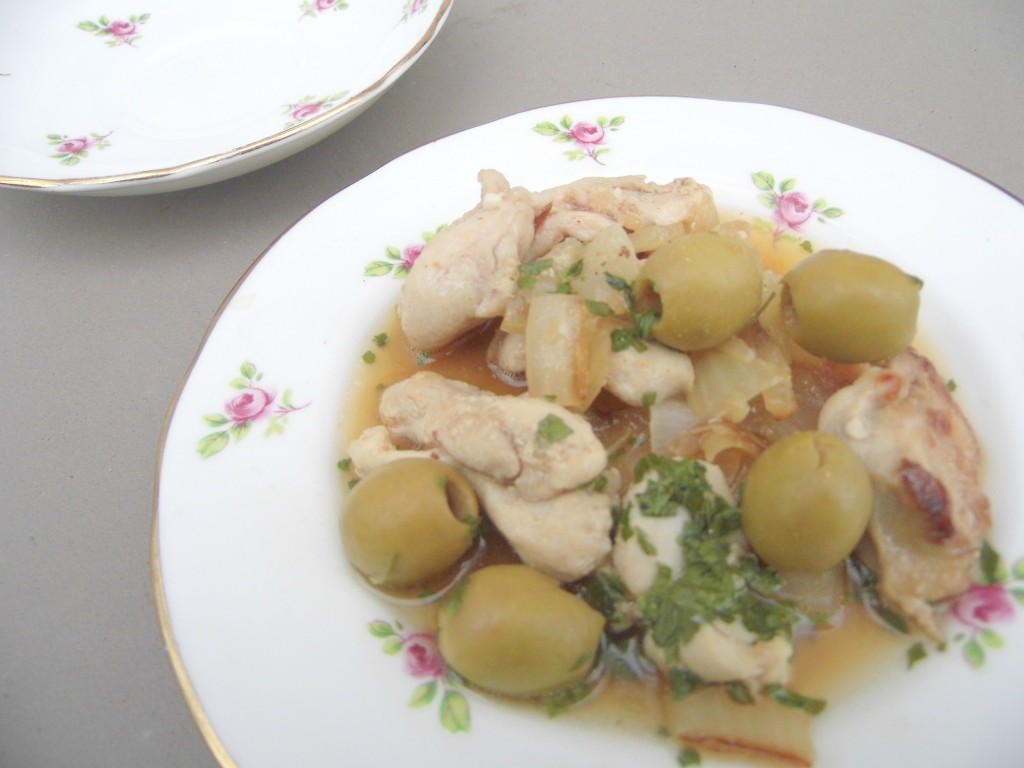 1 Pack of chicken with no bones

Chicken Stock – enough to cook the meat in and create a nice sauce but don’t add loads, if you’re using a slow cooker it won’t evaporate.

How to make this:

Chop and fry the onion and chicken, pop in your slow cooker with everything else. Done! I have never measured out the exact amounts I put in and normally do a couple of shakes of any dried spices or herbs. Likewise, if I go to cook and realise that one ingredient is missing, its never been a big deal. Except for the chicken. Hard to make a chicken tagine with no chicken.

If we have peppers in the house then I’ll add these to the tagine to up our veg count. Sometimes we add dried apricots. This week I served this with plain cous cous as The Toddler is turning his nose up at anything else, but I quite like to throw a few veg or some raisins in with it. Cous cous is also great as it only takes a couple of minutes to make which is fabulous if you’re in a rush!

Like the look of this? Don’t forget to pin it so you remember to make it later!