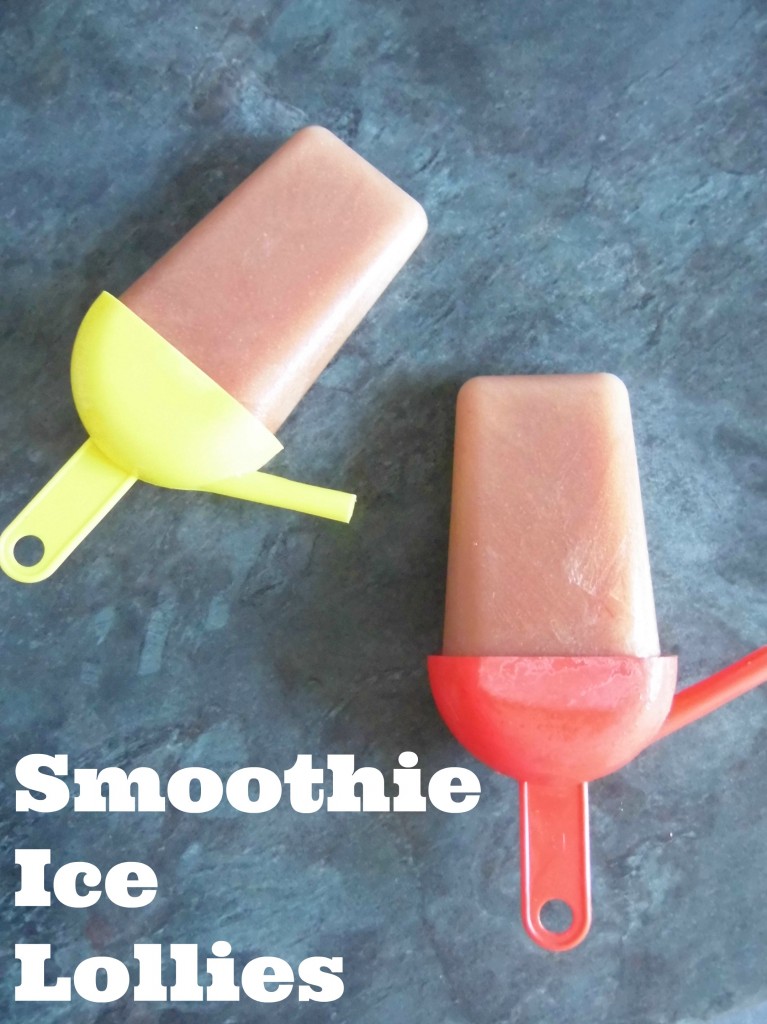 Every now and again I think ‘Is this worth posting? Should I even mention this?’ But with stuff like this I think you know what? If it helps out one parent who’s having issues getting food down their child’s neck then it’s worth doing! So lets post it!

Smoothie ice lollies, a revelation round here. The toddler is in one of those toddler food fads at the moment. The tiny person equivalent of going on the Cambridge Diet. He won’t eat anything covered in sauce, he won’t eat vegetables, he won’t eat, well pretty much anything really. Except for at playgroup where he is apparently hoovering it up. Typical.

He is, however, addicted to ice lollies, heaven to a three year old apparently being a Batman cartoon double bill with lolly juice running down your chin. He’s also obsessed with helping me cook so I suggested that we made ice lollies together. Bingo. Smoothie purchased from the shops, poured into lolly molds and soon he was munching away on them, me happy that they contain vitamins and not just sugar.

Of course if you were a really good parent you could make your own smoothies for this, perhaps sneak in some carrot or avocado, there’s plenty of inspiration over on the BBC Good Food site if you fancy a swiz.

Me? I’m just happy that I can relax a bit more and enjoy our time together discussing plot lines and who we are in Batman. I’m Huntress, obviously.

Any advice on sneaking something nutritional into kids? Let me know below!!