Are your kids healthy eaters? Mine are better than they used to be (woohoo!) but they’re still not as big fans of healthy food as I’d like them to be (boo!). I was challenged by Disney and BritMums to come up with some fun Disney inspired food to get my kids to eat a healthy breakfast and a vegetable snack so we took inspiration from their favourite Disney films, Frozen and The Lion King to make some food that I thought they’d try out! You can watch the video below to see how well it went and check out my instructions for these fun ideas in the post below! 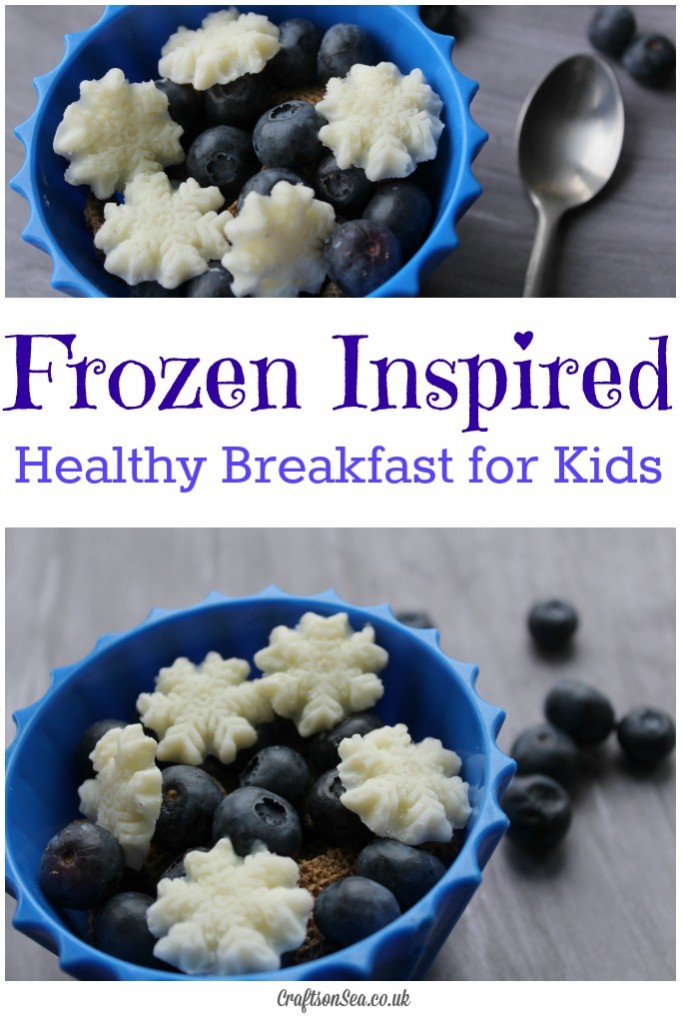 I bought a small silicone snowflake mould online and used vanilla yoghurt to make the white snowflakes. These actually freeze pretty easily so I just made one whenever I was waiting for dinner to cook or making a cup of tea so it didn’t take too long to make enough snowflakes for both kids. The breakfast itself is made by starting with a healthy cereal and then topping with some blueberries (because Elsa would totally want something that matched her dress) and topped with the snowflakes. 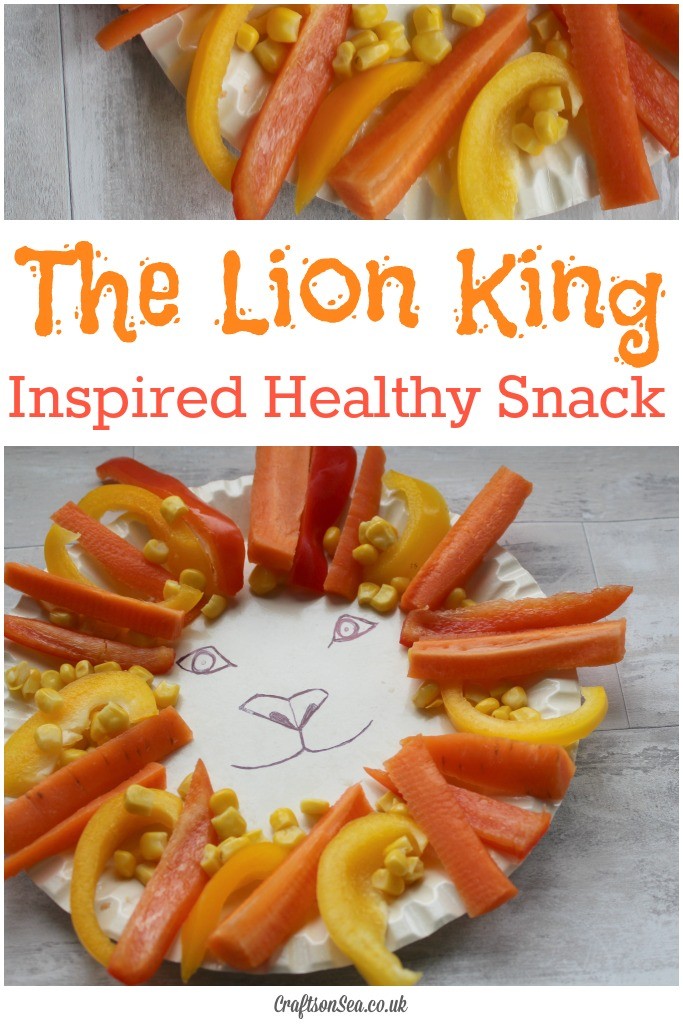 To make this Lion King inspired snack we used my favourite crafting material – paper plates! You’ll see in the video that we made two of these as both my husband and I tried our best to draw Simba’s face but needless to say the kids didn’t even notice this. Point learnt, don’t worry too much about your artistic skills, your kids are unlikely to notice and are generally just pleased you made the effort for them! With my son’s help I cut up red and yellow peppers and carrots which we arranged into Simba’s mane, adding some sweetcorn too. You could also try this with fruit using bananas, satsumas, red apples and pineapples. It’s a fun way to present loads of fruit or vegetables at once which can make the prospect of trying them a little less daunting!

I love how my kids favourite Disney films were able to inspire them to be a bit more healthy and it’s certainly something we’ll be continuing to make the most of in the future, the characters from Frozen, The Lion King and Toy Story are my kids heros and it’s great they they can be good influences to them! There are loads of ways that you can use Disney characters to help encourage your kids on the Disney Healthy Living site and it’s a great place to be inspired, I think I might have to make the Olaf bento box next?! Who are your kids favourite Disney characters and how do you help inspire your kids to be healthier and more active?

Disclosure – This post is part of Disney’s #HealthilyEverAfter campaign with BritMums, sponsored by Disney. Share your stories and be inspired at DisneyHealthyLiving.co.uk and live Heathily Ever After (#HealthilyEverAfter).