It’s not long now until the Olympics starts in Rio so I’ve been thinking up some fun Olympics activity ideas for my kids. I originally planned this for my daughter who is at preschool but my son (5) had a day off school and when he saw this he really wanted to get involved too! It actually turned out to be a great activity for him too and we got to discuss a few things and he learnt a bit both about the Olympics and his mum too! 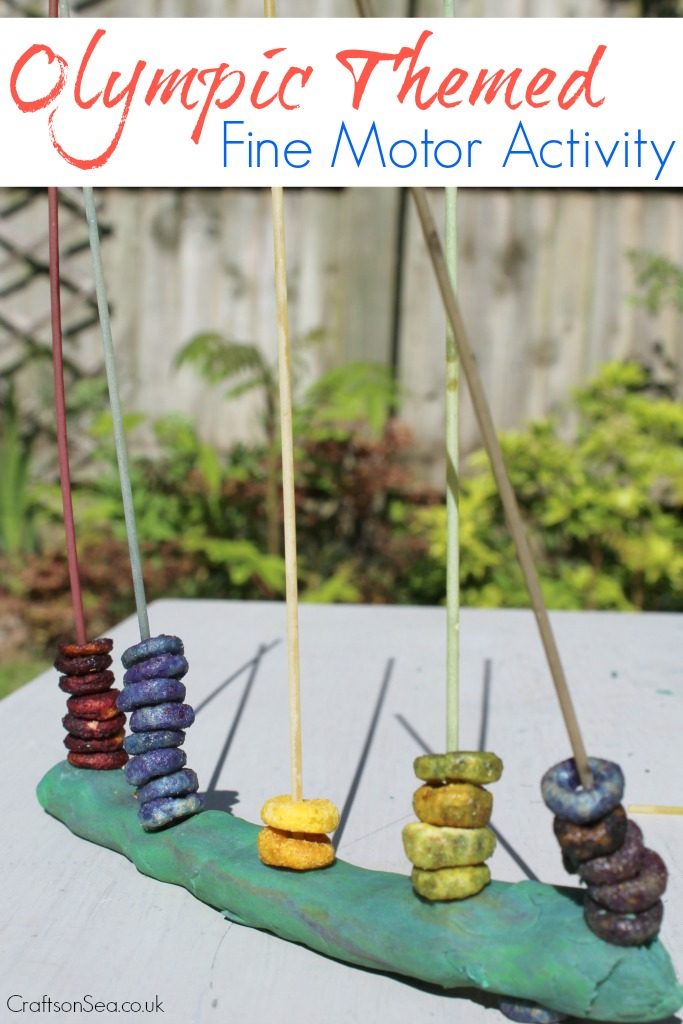 I’m not going to lie, the Cheerios took a looooong time to dry out! I used the liquid food dyes rather than the gel because the gel ones have left me with hands like Lady MacBeth before and they’re quite expensive. With the liquid ones I just used a few drops of each and made sure everything was covered. I used food dye rather than paint in case my kids ate any, my two year old used to have a bit of a thing for eating play dough so I’m always extra careful. 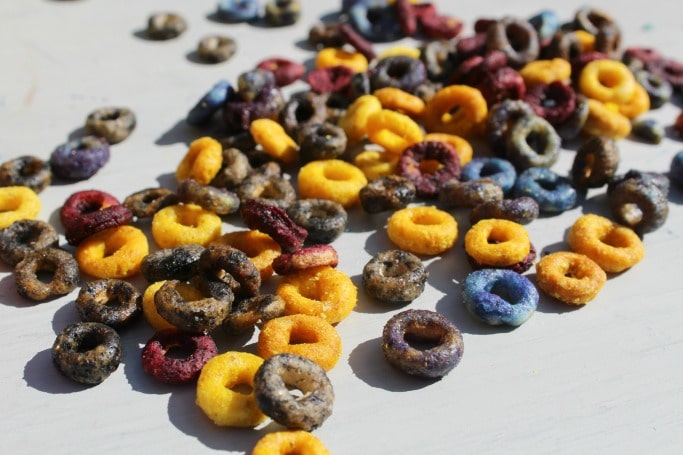 What we did and what we learnt:

Last time the Olympics were on my son was only one so strangely he doesn’t remember much about it! First of all we talked about the colours of the rings and how on the Olympic flag they are all joined together, just like people from different countries are joined together by the games. He also had no idea that I worked on the Olympic games in London! The secret life of craft bloggers huh?! I was on the funding team for one of the rk or venues and helped out on the day there too with the crowds that came to watch. There are loads of ways to volunteer or work with the Olympic games, previous to my job the most sporty thing I did was go for a jog! My son also didn’t remember watching the Olympics sat on a hill while I worked so it was fun talking about the things he did as a baby. 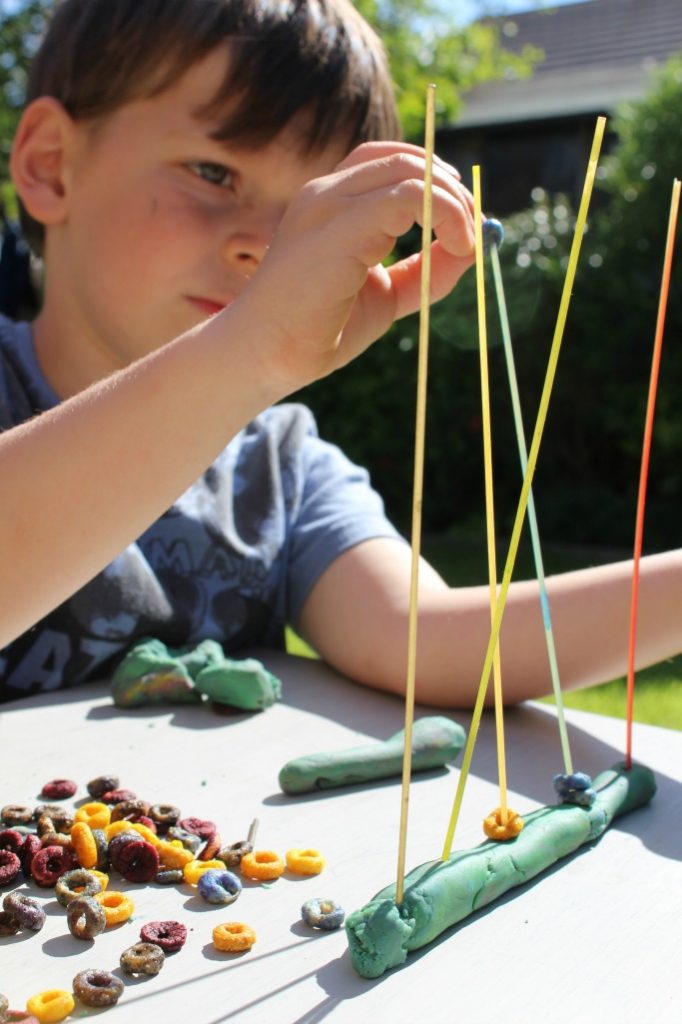 To set up this activity I made a line with the play dough and then pushed different coloured spaghetti sticks into them, my kids then had to put the right coloured Cheerios on to each of the bits of spaghetti. As well as promoting good fine motor stills it’s a great way to work on colour recognition too. If you find that Cheerios just take too long to dye or you want to make it a bit easier for you kids then Penne pasta would work  really well too. Both my kids managed to do this activity though my son understandably found it easier, he still had to concentrate though! 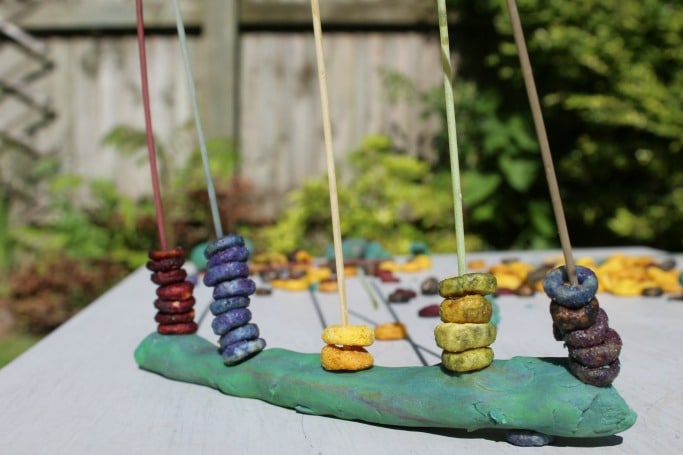 In collaboration with Leisure Jobs

Previous Post: « A Cute and Cheap Butterfly Craft for Preschoolers
Next Post: 20 Quick Set Up Sensory Bin Ideas for Toddlers »