Are you a tidy person? I wish I was, but sadly I find tidying a little bit…boring. At the end of a day I know that I need to clean up or the house will be a mess tomorrow but all too often I just haven’t had the energy and after my husband and I have both finished writing in the evening we’ve often wandered into the floor to realise it’s still occupied by a small town of superheros and all their arch enemies, plus their appropriate houses, robots and snacks. But then two weeks ago we moved one piece of furniture and suddenly our home is significantly tidier every single day and we don’t have to dodge all the mess. 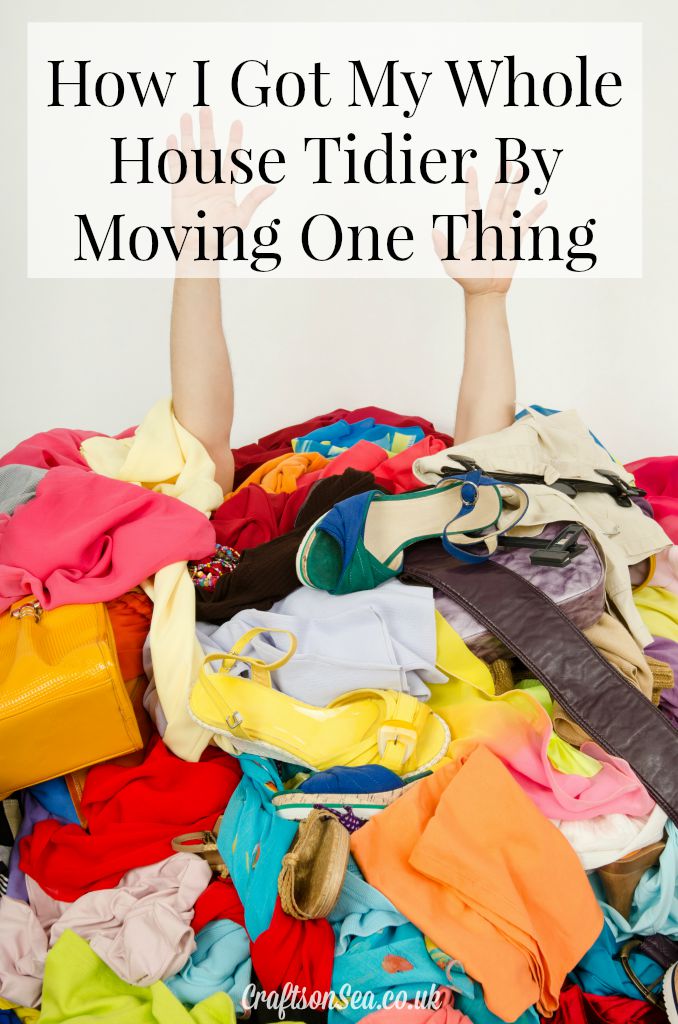 When our son was a baby we placed him on a blanket or in a rocking chair in the middle of the front room so we could watch over him. The teething toys and our beloved jumperoo moved in shortly. Then the toy box. We wanted to play with him! When his sister was born three years later the toys were still all there and we added to it with the new things she was given. Yes, we gave old things away to friends and charity shops, but like many parents the toy box overflowed and the contents were all over our living space. It wasn’t great.

Then two weeks ago we painted that room and everything had to be moved out.

We moved the toy box to my son’s room.

It really was that simple. We’d been looking at some kids bedroom ideas and have been trying to create a seaside and pirate inspired room.  We filled the room with things like our seashell decorations and suddenly the toy box fitted right into place. And when he went to bed we put his toys away. We had to, because frankly, if we didn’t he wouldn’t have found his way into his bed.

Now when I know bedtime is approaching I do a quick tour of our house picking up Peppa Pig from the kitchen or Woody from the front room and popping them back in the toy box. But actually, most of the toys are staying in his room where him and his sister now play and – added bonus here – as they’re not in the front room they don’t see a tv and therefore aren’t asking to watch that so much either. I know. Total win.

And when we finally get to flop into the front room we get to to relax and not tidy up. And we’re happier for having a tidier home and our son having a nicer bedroom. Now all I need is to work out a way to get the kitchen to clean itself!

13 Parenting hacks for the beach

12 Parenting hacks for the park

How changing one word improved my relationship with my kids

Previous Post: « How to make a skirt from one metre of fabric
Next Post: Inside Out Activities for Kids »