This weekend we went spent a few days down on the south coast of Cornwall near Mullion, it’s a gorgeous area but one that I haven’t been to since we had kids so we thought it would be fun to go and see it again. Of course going somewhere in summer without kids is…ummm…slightly different to visiting somewhere late October with two small people in tow but that was fine as it gave us the excuse to go and visit places other than the beach. One of these was The Cornish Seal Sanctuary which is in Gweek, despite having had a look at their website I kind of presumed it would be a bit like the aquarium where we used to live in Southend – small, indoors but with slightly bigger tanks and of course like most things I presume I was totally wrong in this case, but thank not in a bad way.

Our day didn’t quite start as planned, being on holiday the kids decided to treat us to a lovely lie in so we overslept. Ok, that bit didn’t happen, they woke up before five and when I tried to nap my son stuck a lego minifigure up my nose until I agreed to wake up. The youngest was as grumpy as hell and it started to rain, my husband questioned why we do holidays with the kids since this is pretty much what always happens. We decided to pop along to the Seal Sanctuary to get some fresh air into them and because frankly, by ten o’clock it’s the equivalent of after lunch for most people. Seeing the small building on first glance I guessed we would be done within thirty minutes but as soon as you walk into the building you walk straight out the back into the gorgeous Cornish countryside with views of the harbour, cows in the field and miles of fields stretched before you.

I was happily surprised by how interested my kids were in the seals, in fairness they are mega cute (especially the little ones) looking a bit like sea puppies with no ears. Around 50 seal pups a year are rescued and brought to the sanctuary and if we weren’t currently renting I would totally offer up our bathroom as an outpost for them. It’s really interesting (although slightly horrifying too) finding out the stories behind why the animals are there – Flipper, one of the grey seals, was rescued by the Sanctuary’s founder when he was two weeks old and was covered in a chemical that had burnt his airways and damaged his lungs meaning that he couldn’t dive properly and would be unlikely to ever be able hunt properly in the wild. 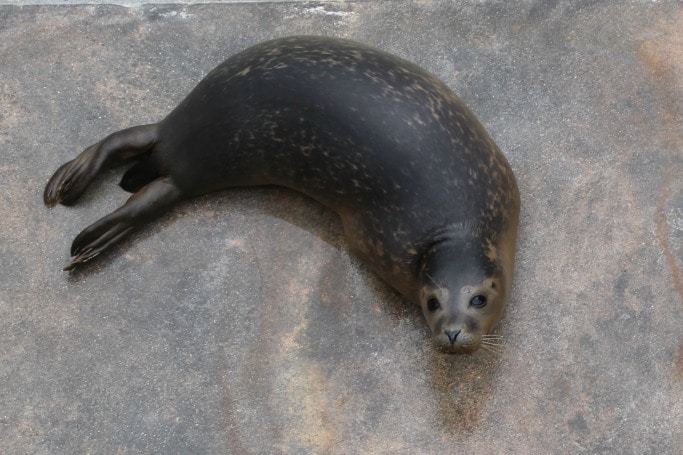 As well as the seals there are sealions, penguins, otters, ponies, sheep and goats. My kids adored the underwater viewing areas for the seals and penguins and were insanely happy, scared and excited everytime an animal swam past them. In fairness seals can grow to three meters long so seeing an adult one swimming towards your face when you’re only a meter tall is rather something! 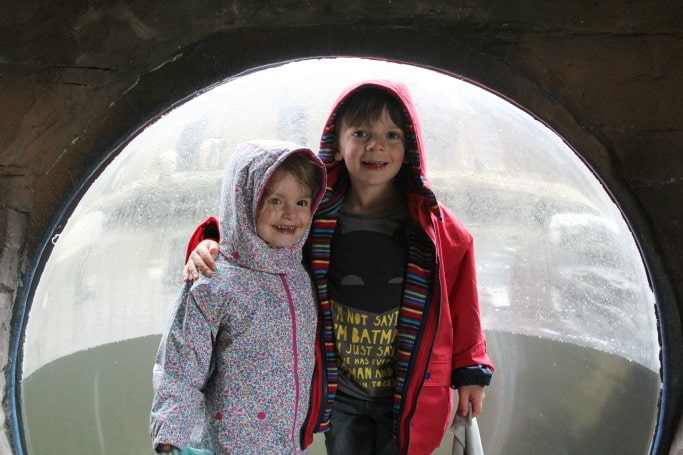 We stopped for a cuppa and a biscuit in the café which was small but really welcoming, the staff didn’t blink an eye when my daughter decided that she must swap her mummy biscuit for a bat one the same as her brothers and they brought out a trick or treat bucket with treats in it for all the kid in there which was a nice touch. There’s also a small adventure playground there which the kids loved running around while we had a break. Thankfully, it only rained for the first fifteen minutes of our visit too and the Sanctuary held such interest to my kids that they didn’t seem to notice it much either. 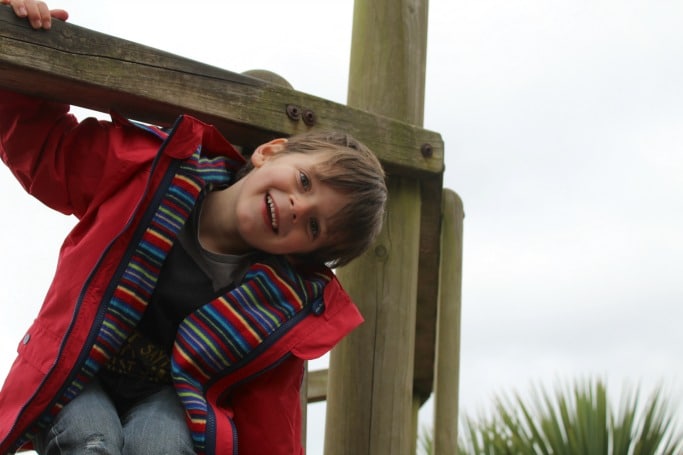 We really enjoyed our trip here, we all enjoyed looking at the animals and the beautiful settings with lovely walks through woodland too meant that it was really nice for my husband and me too, not just one of those things you do to keep the kids happy! The kids obviously appreciated the walks and playing as well as the animals as as soon as we made it back to the car my daughter fell straight asleep, worn out by early mornings and daytime adventures. 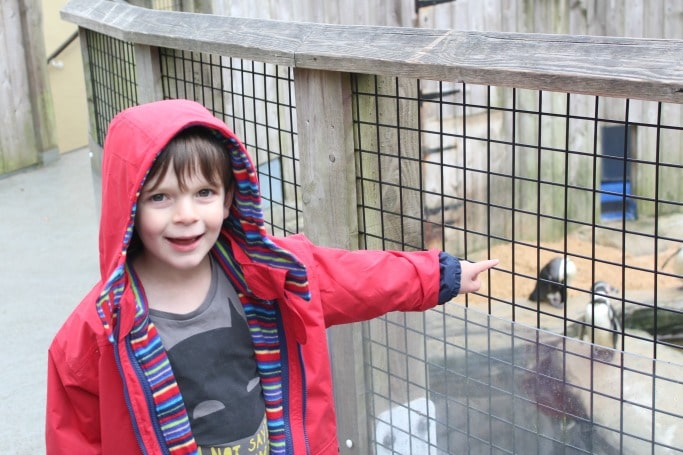 You can find out more about the Cornish Seal Sanctuary on their website here where you can also purchase tickets in advance at a reduced rate, buy annual passes and adopt a seal or an otter (how cute!)

We were given free entry to the Cornish Seal Sanctuary in return for this review, all opinions remain our own.