Last week in Tuesday Tutorials MulticraftingMummy linked up a really cool post called ‘We’re going on a P hunt‘ where she used water beads. I’ve never used then before so thought it might be fun to try out ourselves. Being water beads an ocean sensory play tub seemed the best idea for an easy introduction to using them! 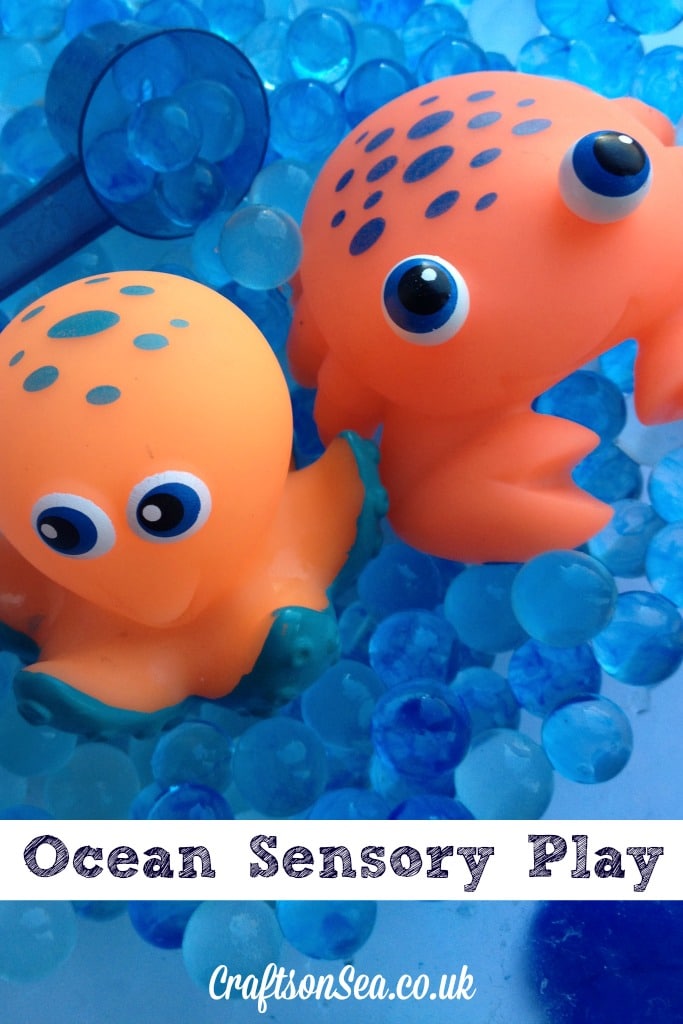 *This post contains affiliate links which cost you no extra, big thanks for your support!*

So, to make our ocean sensory play tub I used a bowl, three packs of blue water beads (I bought these ones from Amazon

which had two different shades of blue and therefore added to the prettiness). And lots of bath toys. Yup. Totally tried to find all the sensible sea creatures that I’ve bought from the local sealife centre but when it came down to it they’d all gone into hiding and quite frankly as any parent knows it really doesn’t do to keep a three year old waiting. I also gathered up some blue things for measuring from the kitchen, so little bowls, spoons, cupcake cakes and the measuring spoon from a box of formula (which turned out to be the perfect size! Who knew?!)

First we added our blue water beads to the bowl and added some water. And then we waited. And waited. Because although it said it would take four hours for the beads to totally swell up I obviously didn’t believe it. Thankfully my son still had a blast as he got to do some water play in the dining room, pouring the beads over my hands, swishing them around and getting them to bounce on the octopuses head.

Then they grew! Phew! 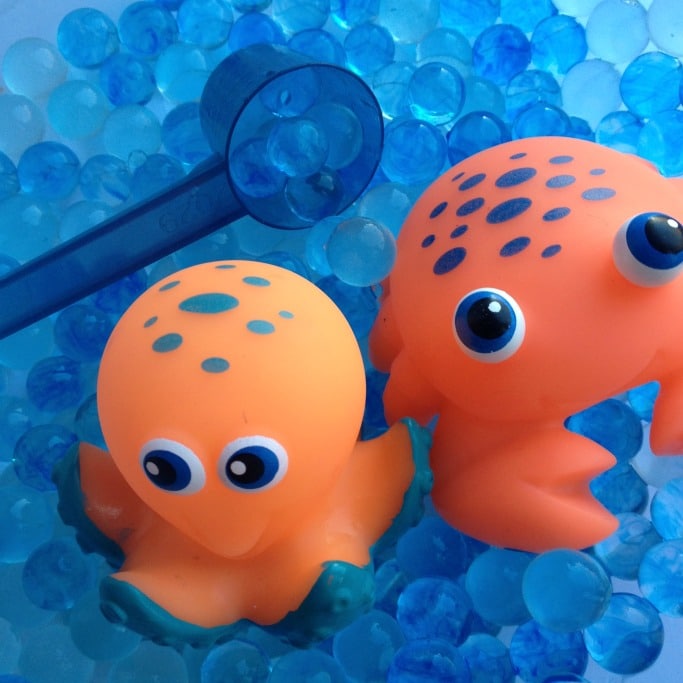 I tried to get a picture of him playing but he was having too much fun to sit still and to be honest so was I! We felt the balls, measured them into pots and marveled at how much better they bounced on his little ocean friends now they were full size!

As the mother of two small kids, I do feel obliged to point out at this stage that we only played with these while the baby was napping. Water beads are great fun but don’t let your kids play with them if there’s any chance of them eating them!

Have you tried playing with water beads? What did you think? And if you like this sort of thing don’t forget to follow my Pinterest board for more sensory play ideas!
Follow Kate Williams CraftsonSea’s board Sensory Play and Activities on Pinterest.