Once again our house has been filled with illness (joy!) so I’ve been trying to think of quick and easy craft ideas for when my son was well enough to do ‘something’. This cupcake liner turkey was made using things that we already had around the house (seeing as we’ve been house bound and all that) and was a nice opportunity to try our hand at a bit of Thanksgiving crafting! 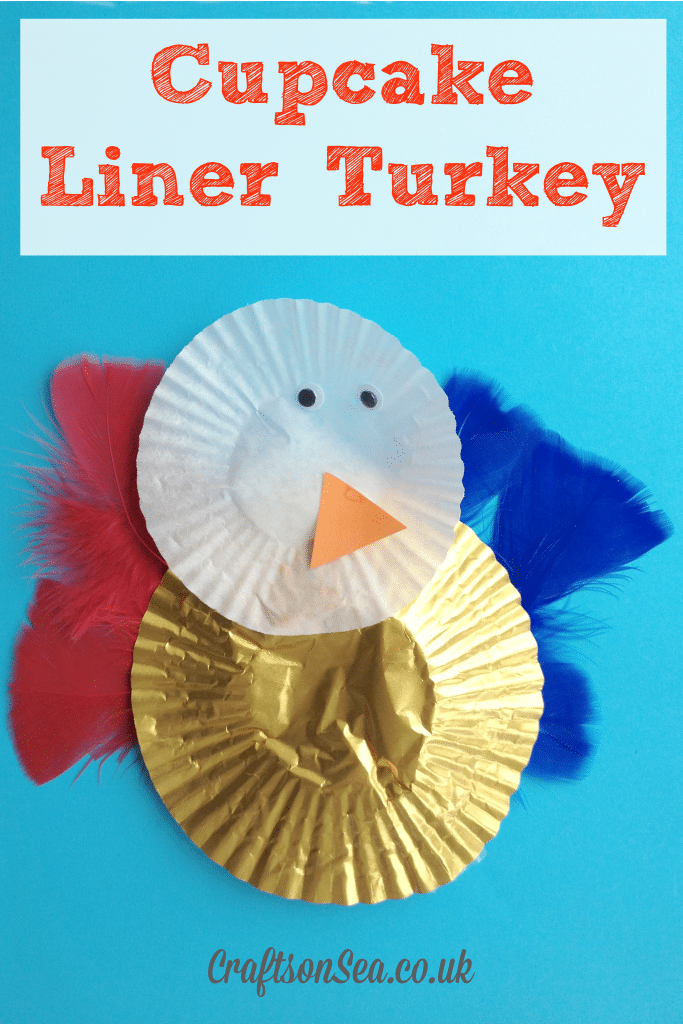 Of course, I saw this as a great opportunity to teach my son about other cultures, being English we obviously don’t celebrate Thanksgiving but I really like the idea of it and I think that being thankful is something that we should encourage in our kids. My son, being three, had other ideas, ‘stop talking mummy’. Hey ho, there’s nothing like a toddler to remind you when you’re going off on one! We were still both in love with our cupcake liner turkeys though, even if I’m not convinced the learning bit went in!

What you will need:

How to make it:

First I cut out two triangular orange beaks from some card and we stuck these and the googly eyes onto the smaller cupcake case. We then stuck this onto the larger cake case to make the bodies for our turkeys.

Once we’d done this we turned our turkeys over and decided where to stick our feathers. My son decided to go for only red and blue feathers which was a happy coincidence seeing as he has no idea what the American flag looks like, I thought it looked pretty cool though! 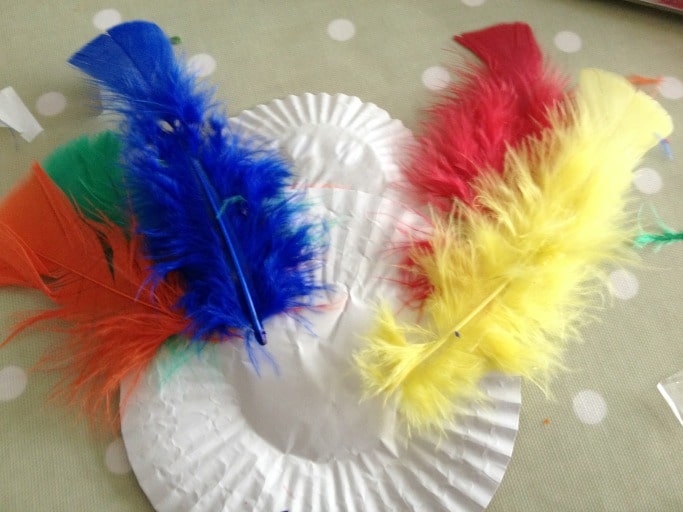 Et voila! As I like to sit and do an activity side by side with him, this is my masterpiece… 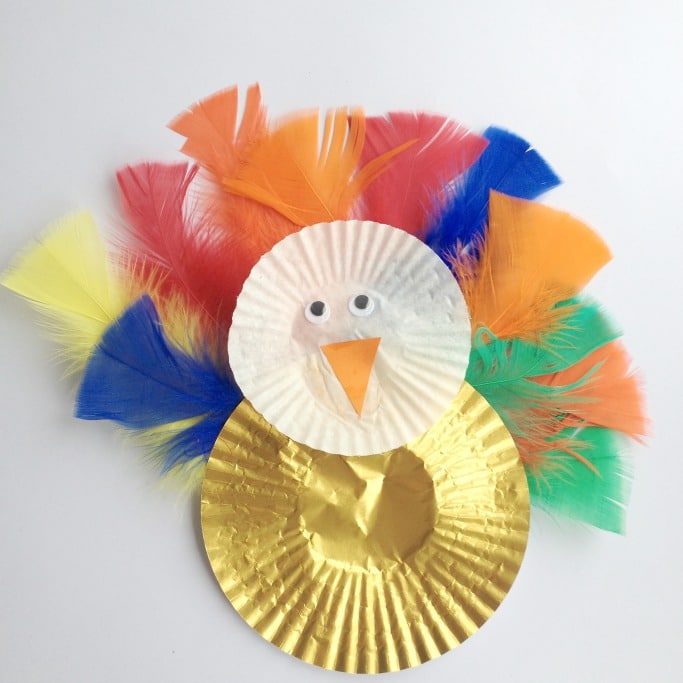 And this was my son’s. 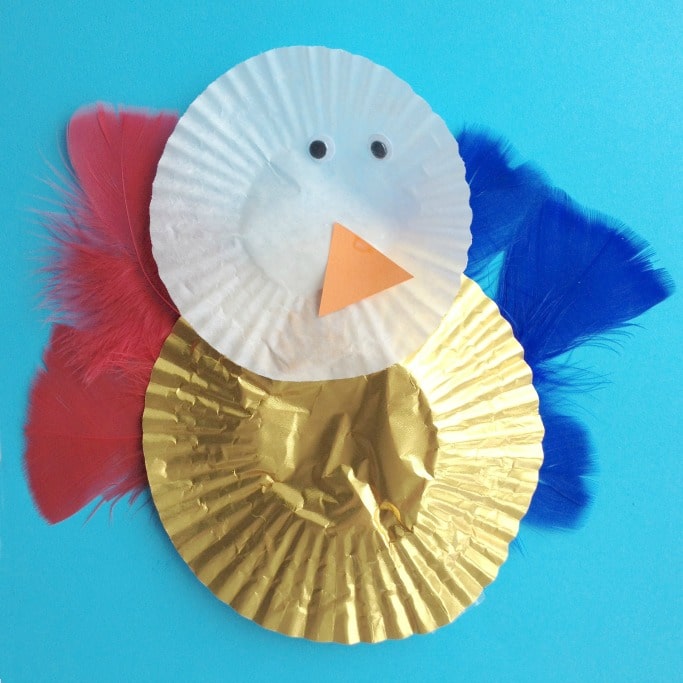 I think his probably looks better?!

If you’re enjoying crafting through the seasons don’t forget to follow my Autumn, Fall and Halloween board on Pinterest for loads of great ideas for kids and grown ups.