I know, kissing all dignity goodbye, right?! I did try for quite a while to think of a more SEO friendly title for this post, maybe ‘one quick trick for teaching the alphabet’ or ‘how to teach your child letter recognition’. But you know what? I have two kids and the small amount of dignity that I managed to keep throughout my teenage years pretty much disappeared the day I first fell pregnant, so this is how I taught my son letter recognition by putting a bucket on my head because, hey, that’s how I did it and because I’m fairly certain you’ll want to know about it too! 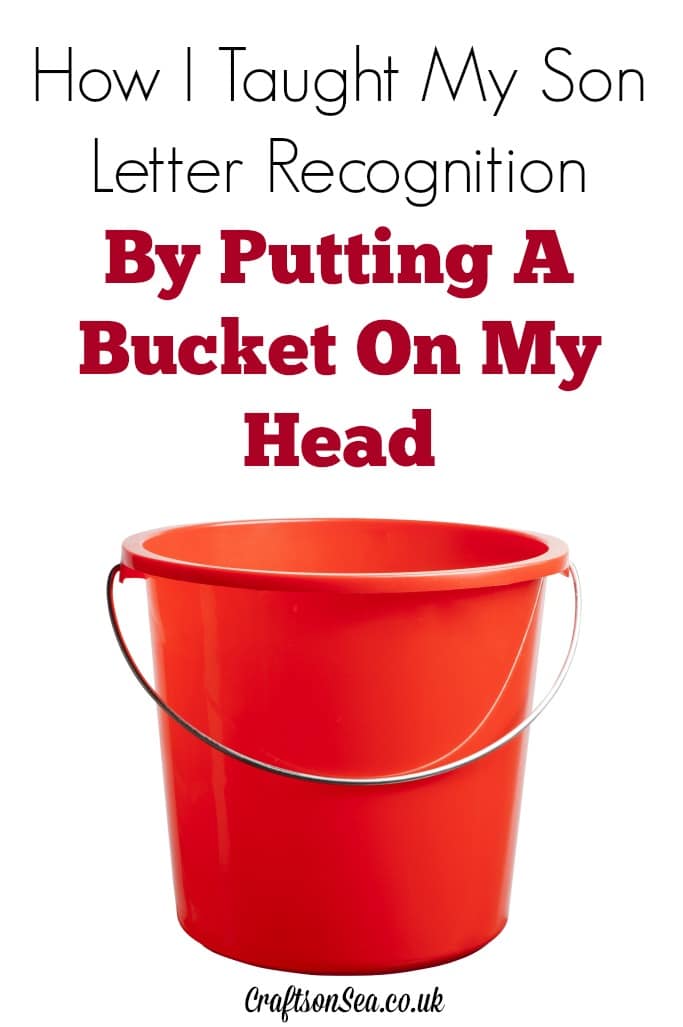 So here’s the background story. My son is four and has not been interested at all in learning any letters. In fairness I don’t blame him, if you can’t read then I think the alphabet is actually pretty dull. P doesn’t mean anything unless you know it’s the first letter of Paw Patrol and even that’s not super useful until you can work out what time it’s on tv. I told myself not to worry, it’s more important that he’s outdoors playing, that they’ll teach him that kind of thing at school. But you know what? I did worry. I worried because I’m a mum and that’s the kind of things that mums do when we’re not busy thinking about what on earth to make for dinner or why are there no matching socks at all, anywhere, ever.

Thankfully I am also exceptionally skilled at making an idiot of myself, if not in public then certainly in private and then blogging it which makes it pretty much public. Thank goodness for the lack of dignity!

So before I share with you my amazing, super cool trick for teaching your kids letter recognition let me just explain a couple of things. If you come round my house today and test my son on this he might get a letter wrong. Especially F, that one’s a killer. This trick has taught him to WANT to learn letters though which is a massive improvement. His knowledge is also massively improved by my bucket wearing ways, he can now get most letters right most days, each time we do this he improves. And he wants to do this, which makes me a happy mummy.

Ok, here’s how you too can teach your kids letter recognition by putting a bucket on your head. 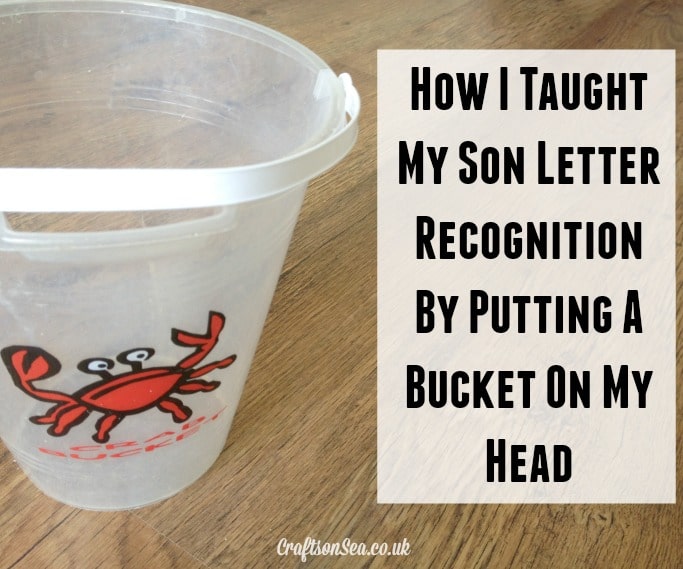 A bucket, like these ones you’d use at the beach

The ability not to take yourself to seriously

Throw all the letters on your floor.

Give your kid the bucket.

Now obviously your kid might not know all the letters straight away, but boy do they want to learn them quickly! If my son struggles on a letter I try to make it easier for him by giving him a hint, so for B I’d ask what letter does Batman start with. I pretty much always go with superheros if I can, Antman, Batman and Catwoman are much more interesting for my kids than Apple, Ball and Cat!

So that’s the short story of how Kate kissed her dignity goodbye to teach her son letter recognition. What’s the daftest thing you’ve done to help your kids learn something?

Previous Post: « The Quickest Way To Make A Cushion Cover
Next Post: How to Make a Bouquet Out of Baby Clothes »