Houston, we have a problem. My youngest, my sweet, cute little 20 month old baby girl, well, she’s a biter. And it hurts. A lot. I looked for advice on how to stop your kid biting in one of my local Facebook groups for mums and almost every single person said the same thing – bite them back. Here’s the thing though, I’m not going to bite a baby. I mean she looks good enough to eat, but that’s just a saying, right?  So I was kinda a bit stuffed for advice. Then I remembered I already had a marvelous Facebook group to hand who might be able to help, the lovely folks over at the Crafts on Sea page and hurray they saved the day!

All of these hints on stopping your kid biting are theirs, tried and tested by them. Obviously read them and then be sensible about what works for you, moving a head in might be great if you’re getting bitten while breastfeeding but it’s less likely to be great with a toddler, likewise telling kids no might be better advice for older children that bite than it is for a one week old. Let me know what works for you and I’ll report back on what’s working with my cute and cuddly little vampire!

Tell them that it hurts

“Repeatedly telling them how it hurts and that hurting people isnt a nice thing to do.” – Brianna

Get some back up

“Didn’t get bitten too often, but my mum and husband also reinforced with a biting is not kind, biting hurts message which I think helps when every adult has the same general message.” -Gill 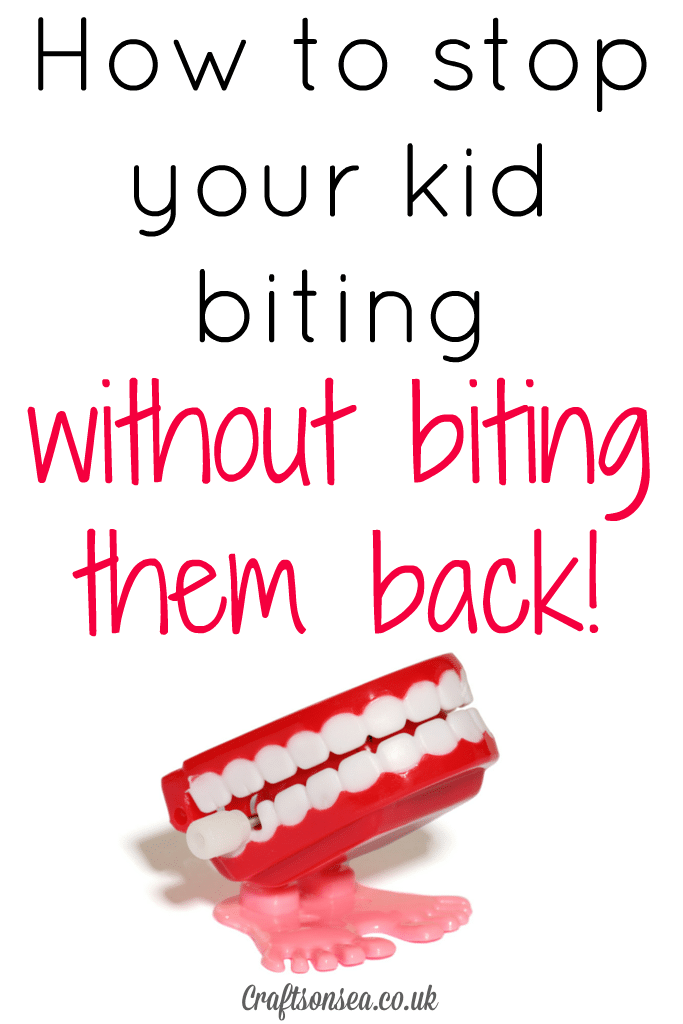 Get ready for your Oscar

“It started out with a chomp when he was breastfed and escalated to full on chowing down on my various body parts a la Walking Dead. I’d pretend to cry after letting out a loud ouch. He got the message eventually but it took a while (or he was unimpressed by my Oscar worthy performances and just naturally grew out of it).” – Amanda

“We were taught to gently but firmly push her head INTO the direction of the bite, pushing her face towards the unfortunate limb. This causes the bite to slacken in strength and it takes their decision away from them to bite you, you are ‘helping’ them.”

Get your teeth out, but DON’T bite

“I only put my teeth on my son once didn’t actually bite down but he felt them there and didn’t like it. I told him how much he makes mummy sad when he bites me. Never bit anyone again.” – Cassie

“A firm NO and then ignore him.” – Corrine

And if all else fails…

“Cover yourself in green vegetables..?” – Guiditta

Got a parenting issue you need a hand with? Drop me a message on my Facebook page and I’ll ask on your behalf! 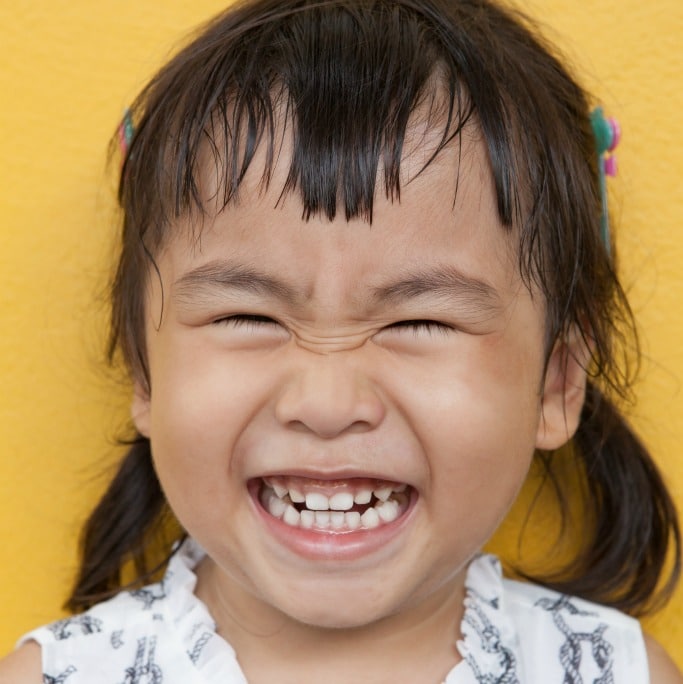