As we’re moving house soon I’m trying to have a clear out of my craft supplies which, to put it nicely, are rather overstocked. We love activities for toddlers so these frozen paints are super simple to make and both my toddler and older son enjoyed making them and painting with them too. 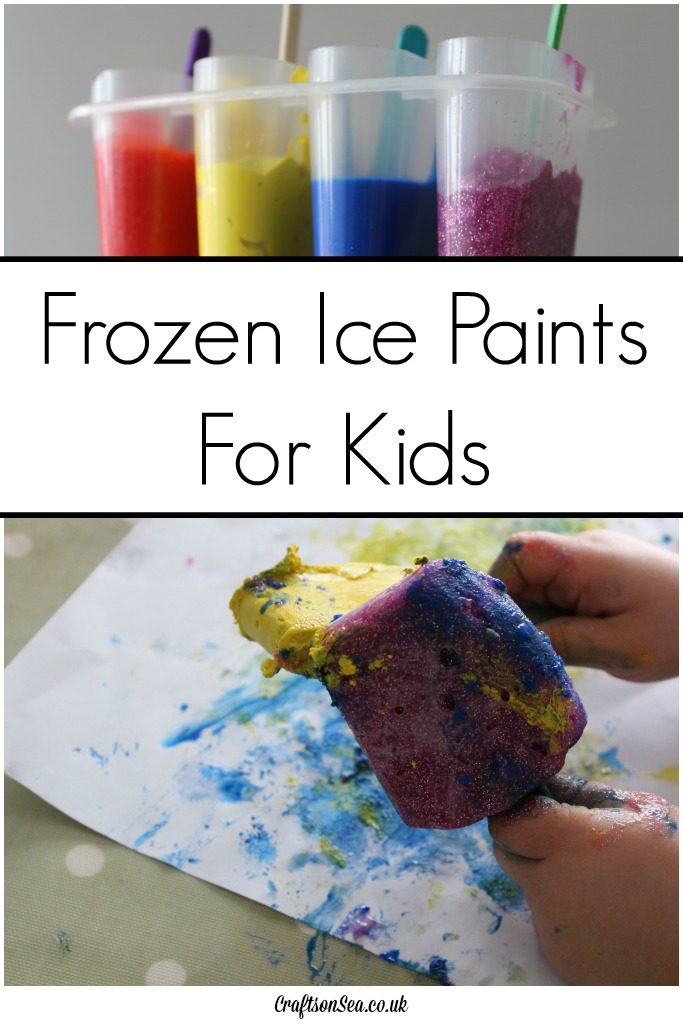 To make our frozen paints the kids chose their favourite paints and we squeezed them into the ice lolly molds. If you want to make glittery frozen paints then the best way to do it is by using a glitter paint rather than trying to stir glitter into it. I use the ELC ones but these look similar. I do a lot of crafts with my kids and am pretty used to cleaning up afterwards (hurray for baby wipes!) but I’m happy to admit that as I have a two year old I pretty much try to avoid using glitter these days as spending two weeks trying to get the stuff out of my house is not my idea of a good time. Get the pre-mixed stuff! 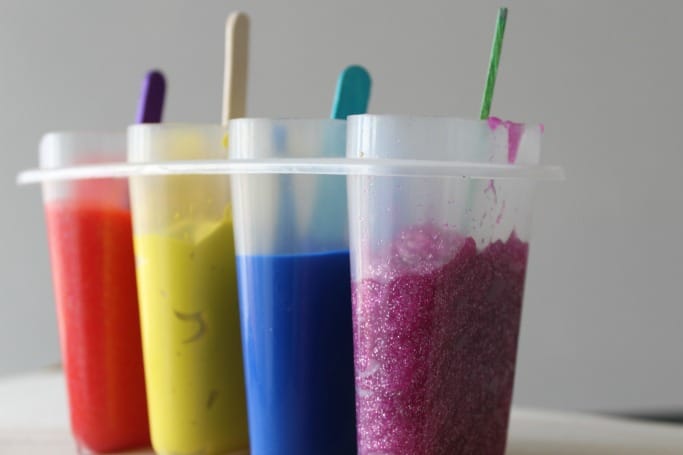 Once you have poured it into the ice lolly molds get your kids to add a craft stick to each one. It goes without saying at this point that if you think your child will think that this is a real ice lolly and try and eat it later then don’t do it with them. My daughter used to be terrible for eating play dough so I’m quite aware of this, I think for this it also helped that she made the paints herself so while she would pick the frozen paints up and pretend to eat them, she didn’t actually put any in her mouth. 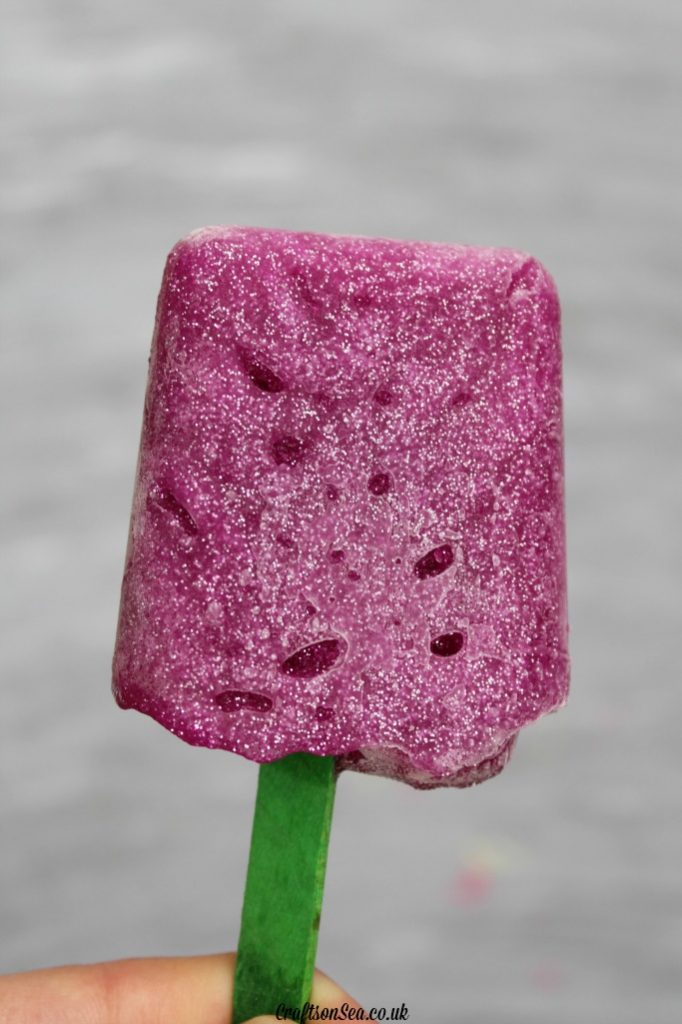 Put the paints in your freezer and wait for them to freeze. When you are ready to use them, run the plastic of the ice lolly mold under a hot tap and this makes them much easier to remove. 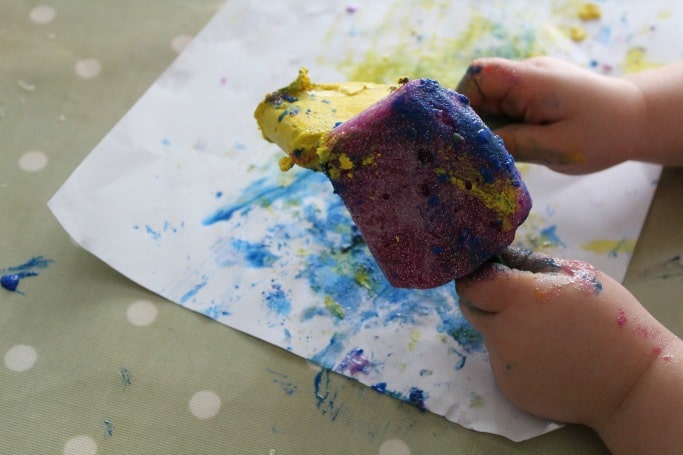 My kids both had great fun painting with these, at five years old my son was more interested in trying to actually paint while my two year old? Well she enjoyed smashing them on the paper and seeing what pattern it made, in fairness to her it did look pretty cool though!

How to Make Foam for Sensory Play