Today was one of those days. The car was in the garage. I was ill. There was only so much Paw Patrol that any of us could handle. What to do? I suggested to my son that we made something and like any child of a crafts blogger he was determined and enthusiastic in his response. No. Then I suggested that we made some Teenage Mutant Ninja Turtles. Cue running to the dinning room to get the paints out… 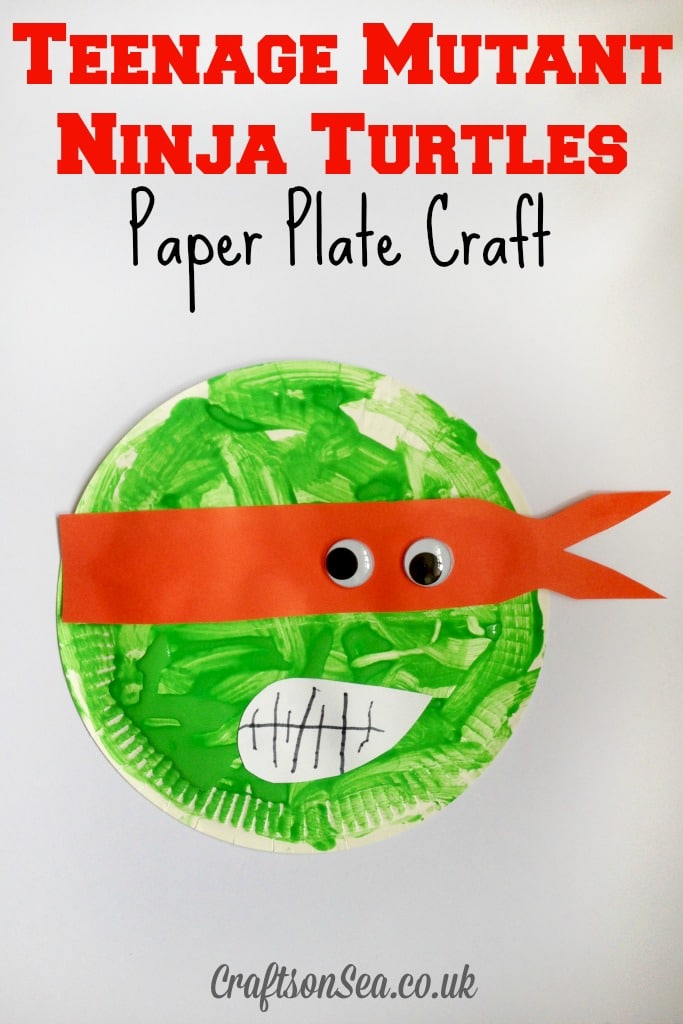 Coloured Paper: Red, Orange, Purple or Blue depending on who your kid likes the best

I set both my four year old son and one year old daughter up with some green paint and a paper plate. I did wonder if the girl would actually want to do Teenage Mutant Ninja Turtle crafts but she does love to splash a bit of paint around and also she had been seen playing with Raphael that morning. When they were happy with their painting I cut out the masks for them from some coloured paper and they stuck these on along with some googley eyes.

I asked the boy if he wanted to draw on a mouth or make ‘angry ones’ like on our Hulk Paper Plate Mask and lo and behold the angry ones won. I don’t mind as these mean more practice using a pen for him! I cut out the mouth shapes and using a pen he drew in the teeth for both his and his sister’s Turtles. 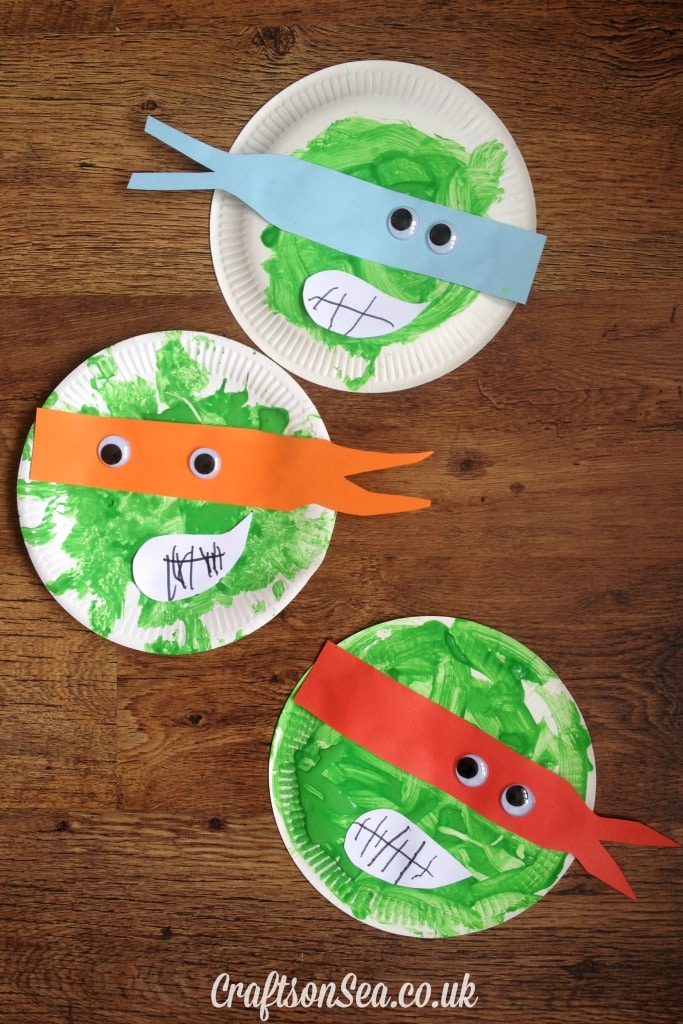 Just so you know, my son made Raphael and Leonardo and the splodgy painted Michaelangelo is the girls work. No one did Donatello because, true fact, Donatello is no one’s favourite. Both kids loved them and waited very patiently for them to dry and then played with them all afternoon. Day turned around. Win.