Last week we had the most fun making a new addition to my son’s dressing up collection. At four he is totally superhero obsessed and while Batman is his favourite he did for this decide that he would be ‘Batman-Captain America’! This Captain America shield DIY is super simple and is a great craft that you can make together with your kids. 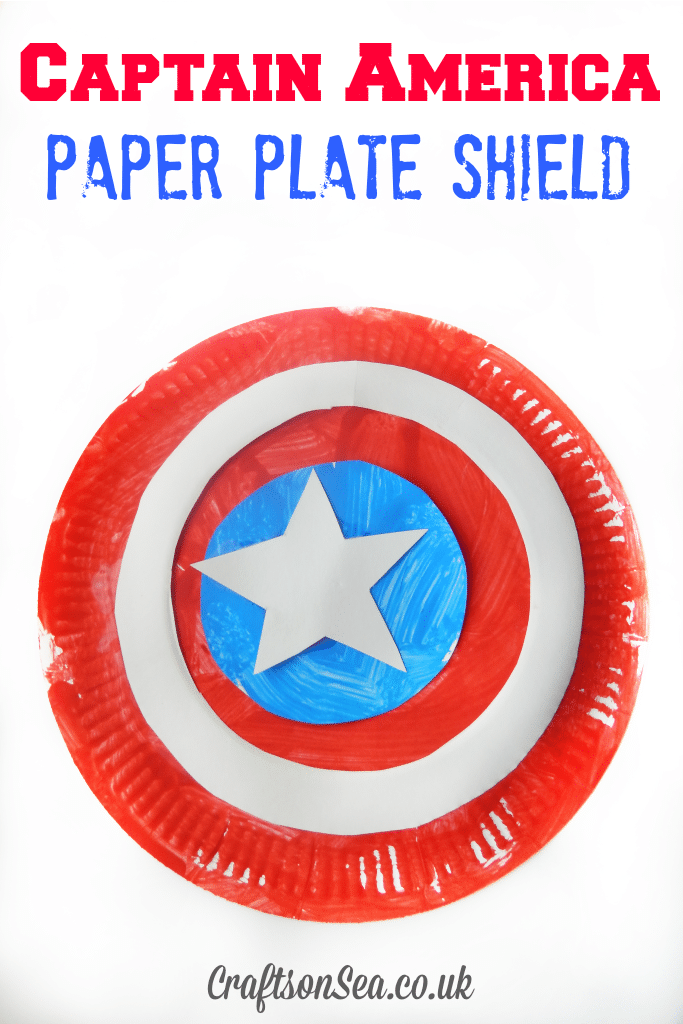 What you will need:

How to make your Captain America shield:

Firstly I feel I should point out that I originally thought I could make this a bit simpler by changing the colours slightly so there was less to do. Maybe have less rings or something. Then I remembered, no one is going to call you on your superhero knowledge like your four year old kid. Gotta get these things right, and that’s why you need three paper plates! You can read the instructions for this craft below but I’ve also updated it to include a video tutorial which you can watch too.

Before we started I cut all the pieces out so they were ready to be painted as I find if you have kids waiting to do stuff they get bored pretty quickly. So from one plate I cut a ring shape and then cut out a circle from the middle and from another I cut out a star. My drawing and cutting skills leave much room for improvement so I drew a five pointed star, cut it out and then just turned it over. 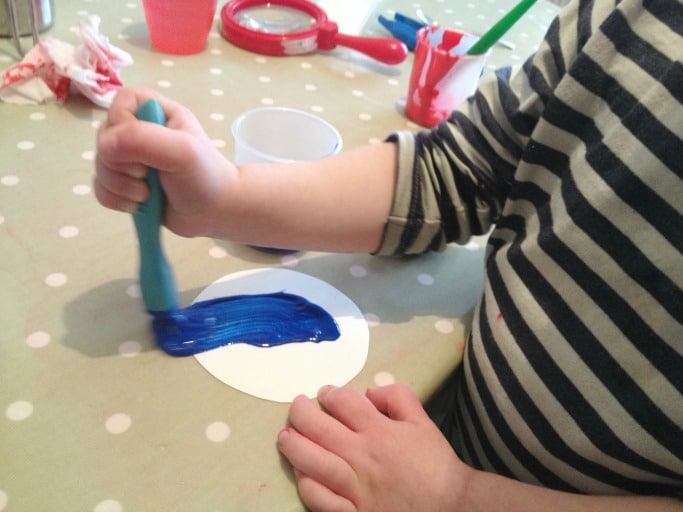 When my (rather excited son) got involved he first painted plate number one completely with red paint. I found that by telling him he was making a Captain America shield he put way more effort into painting the whole thing completely than he normally would. I think he wanted to make sure it looked like the real thing! Then he painted the cut out circle blue. We left these to dry for a bit.

Once dry he glued the white paper plate hoop onto the red plate, then glued on to the blue circle into the middle and the white star on top of that. We left it to dry again and then I cut out a strip of cardboard from a cereal packet and glued it onto the back using a hot glue gun. How big to make the loop was a bit of guesswork but it’s big enough to fit over his wrist, ready to go into battle. 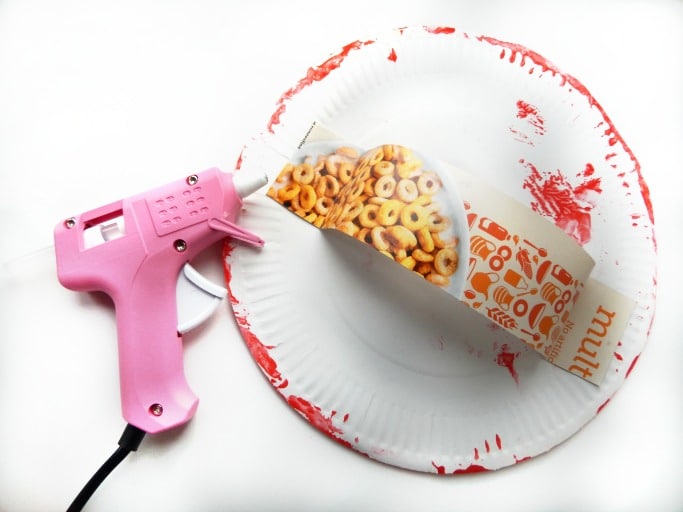 We made this three days ago and it’s still having to go where he can see it when he goes to sleep. I think that’s pretty good for a paper plate craft?! 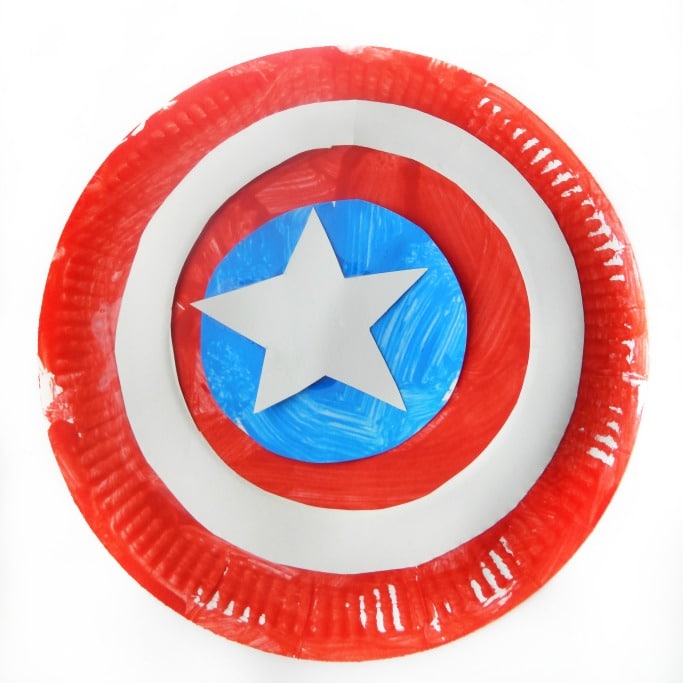