So, those of you who have been reading this blog for a while may know that a while ago I threw myself at your feet and asked for some help in feeding my son anything other than crisps and strawberries.

And y’know I’ve kinda been doing this. But in all honesty I do need a bit of a kick up the backside with it.

So this was my recipe for this week, kindly donated by Rachel from A discount ticket to everywhere is her tried and tested fish pie for toddlers. 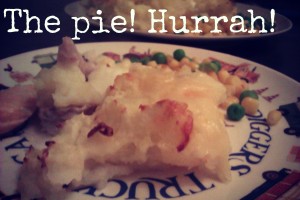 Ingredients (serves 2 hungry adults and 1 5-year-old)
Fish pie mix
Frozen king prawns
4 hard-boiled eggs
Mashed potato (quantity depending on how hungry you are, I used about 2lb potatoes and a dash of milk)
1 heaped tbsp corn flour
3/4 pint milk
2 oz grated mature cheddar
Spread one packet of fish pie mix in the bottom of a large oven-proof dish with half a packet (about 110g) of frozen king prawns and four sliced hard-boiled eggs.
Put the cornflour in a bowl and make a paste with a little milk. Boil the rest of the milk with a bay leaf and a little salt and pepper. When the milk boils up, pour it onto the cornflour and whisk hard till it thickens (removing the bay leaf!).Pour over the fish mixture and top with the mash and cheese.
Bake for half an hour or so at gas 4/180 C until the cheese is golden and the fish cooked.Serve with veg of your choice and loads of ketchup 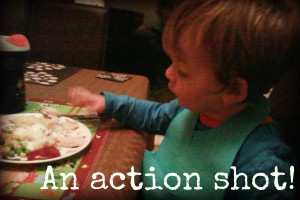 And the result round here? I’ve been putting off this recipe for ages as I previously did the one from the BLW Cookbook and its a mega faff, but this was way easier. If I’m honest, tomato ketchup is this weeks Big Discovery, so yes, my son did mainly eat that (oops!) but he ate it using his fork (a minor miracle on its own) and did eat a bit of the fish pie too! Praises be! And I thought it was lush and quite frankly that’s pretty important to me too! 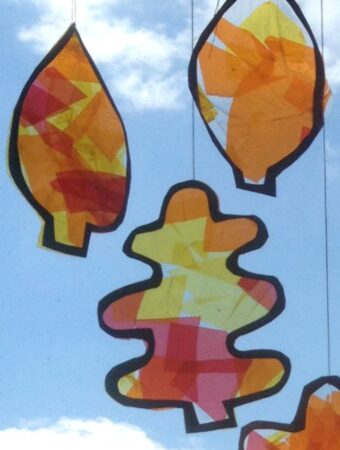