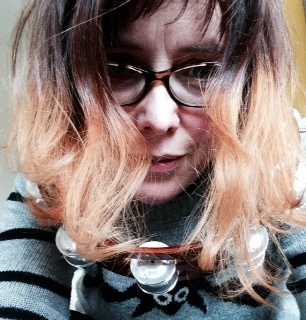 I am so excited to be sharing this interview with Rachel Goswell today to celebrate International Women’s Day. Team Honk are running a blog prompt about inspiring women, Annie from Mammasaurus interviewed me (I’m still kind of in shock about that one to be honest) and I really wanted to take part too, I thought hard about women I know that inspire me and Rachel was my number one choice to interview. I was actually really nervous about asking her so I’m super pleased that she said yes!

For those who don’t know her, Rachel blogs over at An Exeter Mum, which is one of my favourite blogs. Her son has CHARGE Syndrome and Rachel has campaigned for the rights of deaf people and their families, she’s also a great gardener and keeps chickens. Rachel is also in Slowdive, a band that have recently reformed, very strange to read The Guardian late at night and see someone you know in there! This summer Slowdive will be playing at Festivals from Lattitude in the UK to ones in Barcelona, Paris, Norway and Chicago. She really is a rock and roll mama and I hope you enjoy learning more about her!

HUGE thanks to Rachel for this, you are a mega star x

Until I read your blog I hadn’t heard of CHARGE Syndrome, could you explain a little bit about what it is?

CHARGE Syndrome is a really complex syndromes with  a multitude of possible issues that can crop up throughout life. It affects 1 in 10,000. CHARGE is an acronym for the major issues. C is for colobomas (these are malformations in the eye, either in the iris or retina causing a visual field loss), H is for heart issues (my son has a CHD – Tetralogy of Fallot), A is for Choanal Atresia (this affects the airways in the nose, sometimes a child might not have the nasal passages formed properly and they will need several operations to open these up to aid breathing), R is for growth restriction, G is for genital anomolies, E is for ears – both hearing impariment and ear shape.

My son J has the C.H.R and E in CHARGE (it is always spelt in capitals because it is in effect an acronym). He is registered deaf blind – he has no auditory nerves so is profoundly Deaf with a visual field loss due to a coloboma. There are many other things associated with the syndrome, the list is long! Suffice to say it is a truly multi sensory syndrome due to the dual sensory loss.

I know that you’ve also been involved in raising awareness about it and the support that children with disabilities get. How has this gone?

It has gone OK. The majority of people have not heard of CHARGE and I certainly hadn’t until it came into my family. My main focus has been on the fact that parents of Deaf children have to pay huge sums of money to learn sign language with no uniform funding support from the government. Since J is completely Deaf, we have to learn how to sign in order to communicate with him. I was living in London when he was born and under my local council there, they funded BSL Level 1 for me which was great. I then moved down to Devon and found there is no funding whatsoever to learn BSL. The cost to learn levels 1, 2 & 3 runs literally into thousands of pounds. Communication is a basic human right. I have been really vocal and rather angry about the disparity in support country wide. Many families find themselves dealing not only with the grief that you do feel when you learn your child is Deaf but then you are in for the double shock of no financial support to help you learn an entirely new language. It really breaks my heart actually because many parents just don’t learn how to sign because the opportunities are just not there. This has a profound effect on families and Deaf children growing up in hearing families where communication is difficult, leading to behavioral problems as children grow and isolation.

When I started my blog I wrote a couple of posts of the funding issues surrounding BSL, We appeared in the local newspaper a couple of times, then onto the local BBC News, culminating in October last year a mention in Parliament when the NDCS (National Deaf Children’s Society) held a debate about the cuts to Deaf services and the effect it is having on children and families around the country. Sadly the response from Edward Timpson was typically evasive and he did not answer my question on funding support for families. The fight still goes on for families and the NDCS continues to campaign.

I am super excited that you are doing so many festivals this summer, it’s like suddenly realising that you’ve been chatting with Kim Gordon or something, although I expect her bags are no where near as good as yours. Do you feel conscious of being a woman in a band or does the gender thing not affect you?

Ha ha I am super excited too! It is going to be very surreal I am sure and I still can’t quite believe the response we have got to the reunion and the slots we are being offered at festivals. It’s all pretty awesome for me. I suppose I do feel conscious to a certain degree. Typically when I used to tour a lot when younger I would be the lone female sharing a bus with 10 men and at times it could be a bit lonely in a way; and I only ever met one female on the crew side who was a guitar tech in about 15 years! Twenty years on though doing this again, we are all much different and I feel far stronger in character now than I did then. I am really looking forward to doing the festival dates and it will be interesting to see if and how much things have changed. There is a certain element of having to be a bit tough on the road. Now that I am a mother and have gone through so many things with my son (including him going through open heart surgery when he was five months old), I feel like I can deal with anything life throws at me and I really wont take any s**t from anyone either.

How are you juggling family life with returning to what is obviously a pretty unconventional career choice? I always imagined people in bands had nannys and stuff but I’m guessing this might not be the case!?

Ha, no definitely no nanny in my house! I am really lucky to have a very supportive partner who positively encouraged me to get back out there and great family support. I will be away mainly just at weekends and in and out of countries in a couple of days, so the family are gathering to support Him Outdoors when he needs it. I know some bands (i,e, really big bands with lots of money) do have their children on the road with them and nannys to look after in the evenings. That wouldn’t work for me. J’s needs are pretty complex and things require alot of planning. Much better he is home in his usual routine,going to nursery and having his various therapies.

Finally, what women inspire you? And do you think it’s important to have ‘female role models’ rather than just ‘role models’?

I guess there are a few women that have inspired me in different ways. I do think it’s important to have female role models yes. Musically speaking the woman that inspired me most to sing was actually Siouxsie Sioux (ex goth that I am). She is a very strong role model for me and I still think she is amazing today. Joni Mitchell is another artist that I have a lot of love for. Such an amazing songwriter and such a beautiful voice. I am really drawn to strong women. From the past I adore  Bette Davis and Audrey Hepburn. Gertrude Jekyll  was an amazing gardener who I have drawn much inspiration from in gardening.

I have met many mothers over the last few years with many children with varying disabilities. They all inspire me. There is an unspoken  ‘knowing’ between us. It can be such a relief to talk to others that are in a similar situation because you don’t have to explain everything.  The road can be tough for many and so many mums (and dads for that matter) day to day are dealing with so much more and are living life in a way they were not expecting but can still smile and appreciate the small things in life. I have also met many female medical professionals that I have found inspiring too. The dedication to their work and the selfless nature that is prevalent is amazing.  My eyes have been opened so wide in the last few years I really appreciate every day and am thankful for having my family. This list could just go on and on.

Previous Post: « Inappropriate Books To Read With A Toddler (and why I figure it’s ok)
Next Post: How to make Marshmallow Pops » 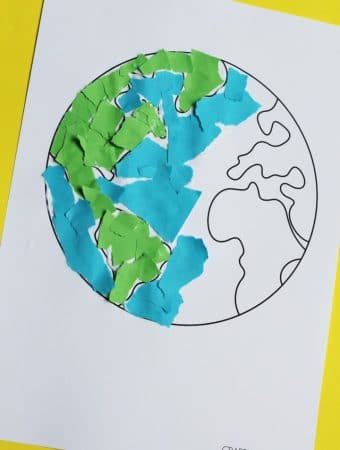 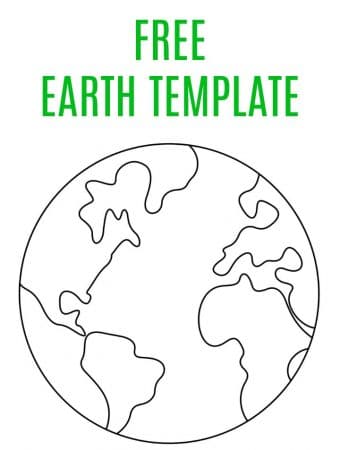