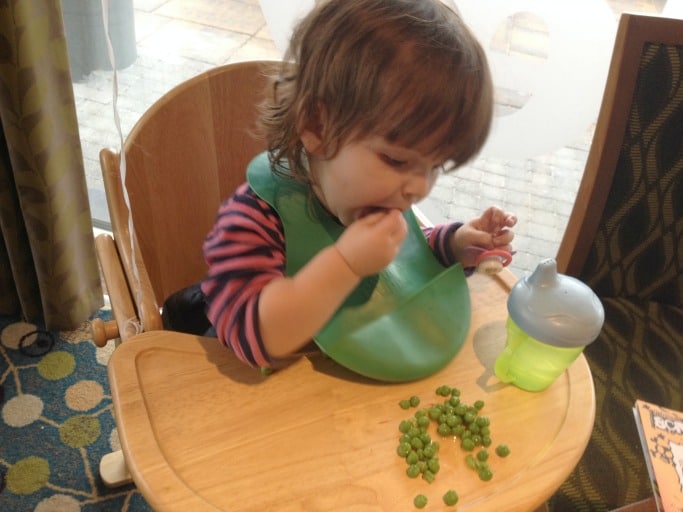 Our table had been booked in advance for us and was next to big open windows, it was a bit of a grey day but as the restaurant is on Southend sea front I can imagine that this will be very popular in the summer! The waiting staff were great and straight away brought over balloons for both the children, as well as a highchair for the youngest and some crayons for them. They got the highest seal of approval known to mankind, which is that my daughter had just woken up and instead of trying to impress the staff with her lung capacity they got happy smiles for the balloon. Win. 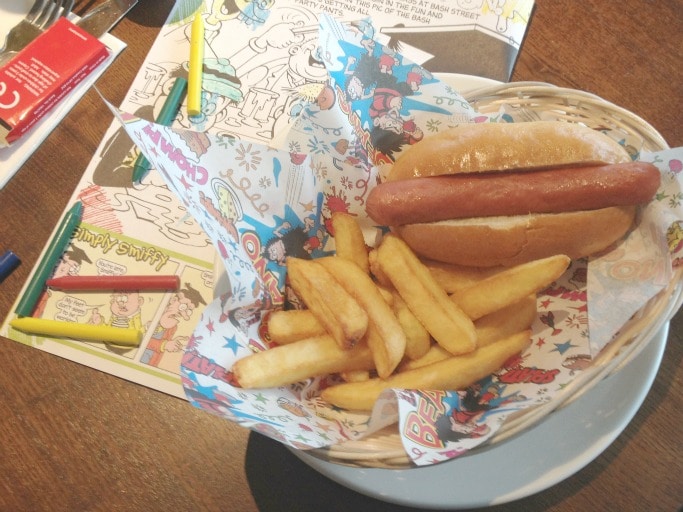 The kids menu was themed from The Beano, at 4 my son hasn’t read it yet so he kept asking me ‘who is that naught boy mummy?’ but he seemed to like having pictures of all the meal options in there to choose from which I thought was a great idea. He went for a hot dog and we chose spaghetti bolognaise for my daughter, there was a choice of side dishes the kids could have so we went for chips to keep them happy and peas to make sure they got some vegetables! The Husband and I both opted for the carvery, neither of us really eat roast dinners normally but going out for a meal made the idea a treat, every time I saw a dish on the carvery I couldn’t help but think of the washing up that would be involved and that I would be avoiding!! 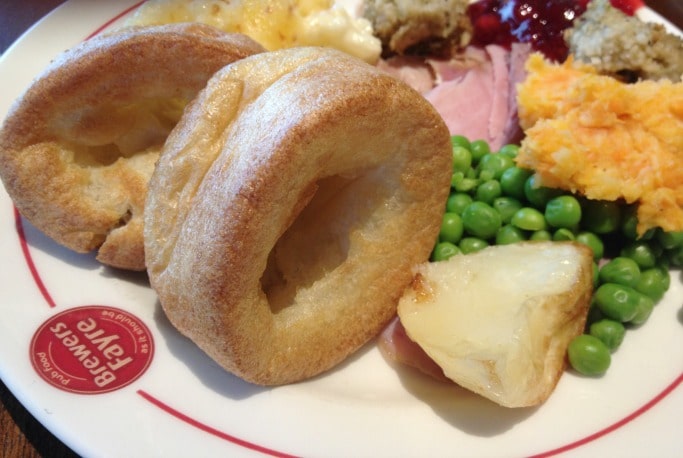 Dessert is always the highlight for the kids, my son opted for the jelly and ice cream and, because we knew that once she realised deserts existed, we ordered a chocolate brownie and ice cream for my daughter. I thought I’d go without desert but then remembered that a) it was Mothers Day and b) actually I really like deserts so I had the same as my daughter. All three were popular with the boy wolfing down his and then attempting to eat mine while the smallest stuck her fingers in ice cream and then licked them. Delightful. Still, she was happy and as she’d been teething I figured it wasn’t that bad!

Overall there were lots of options for both us and the kids and it felt really relaxed and child friendly. Although we were told they had 220 people booked in for that day we didn’t feel rushed or crammed in at all and it was a really enjoyable and relaxing meal. I’m sure we will go back again and I’d happily recommend it to other families.

Disclaimer: We were given vouchers to spend on our meal, all opinions remain my own.

Previous Post: « DIY Teacup Planter
Next Post: What is Baby Led Weaning and Is It Right For Your Family? »