So it would appear that on Kate’s Big List Of Parenting Things I Forgot To Do is teach scissor skills to my son. I know this to be true because this week I realised that we don’t seem to own any kids scissors, oops. Thankfully I know that scissor skills are something that he’s been doing at his playgroup anyway but what’s wrong with supporting that at home? These cute scissor skills snakes not only helped improve his use of scissors but we loved making them too and he’s been playing with them ever since we made them! 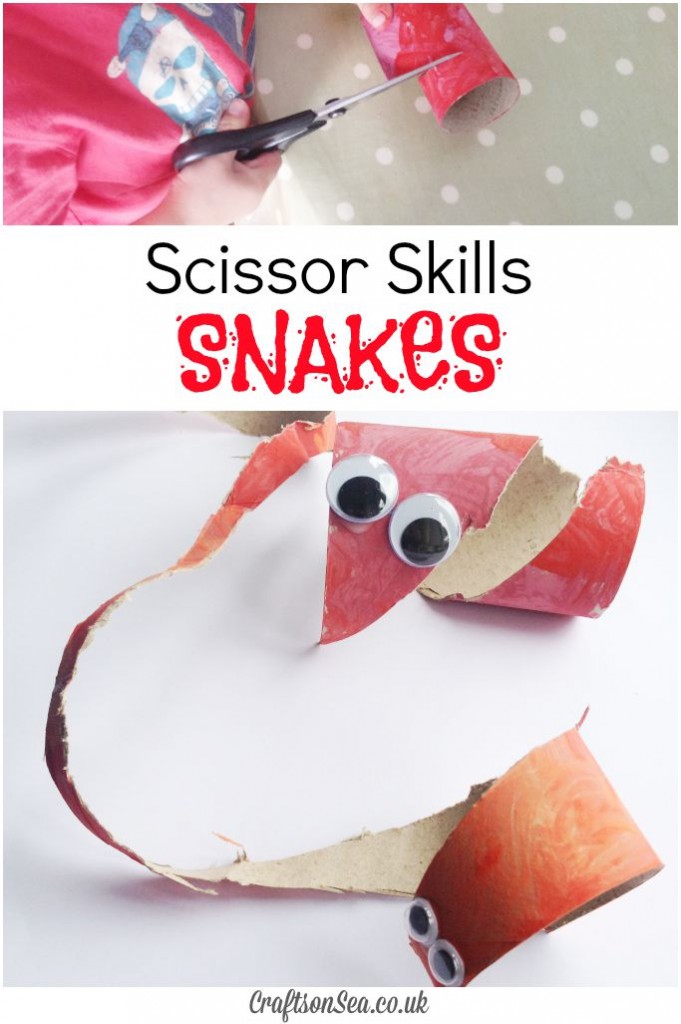 How to make your snake

First we painted our snakes, apparently I didn’t have the right colours but this made it a great opportunity for learning how different colours are made. We started with red and added purple and orange paints that my son made himself. 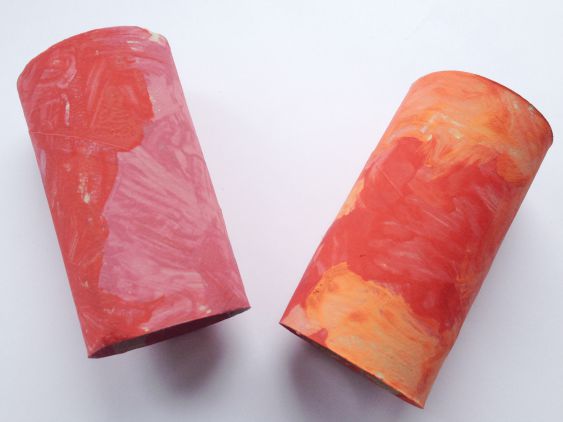 Once the paint was dry my son cut around the toilet rolls in one long movement. To help explain how to do this I told him it should look like the curly carpark we often park in! The first snake was really wide, but as his confidence grew the second snake was a lot thinner as he did more cutting. 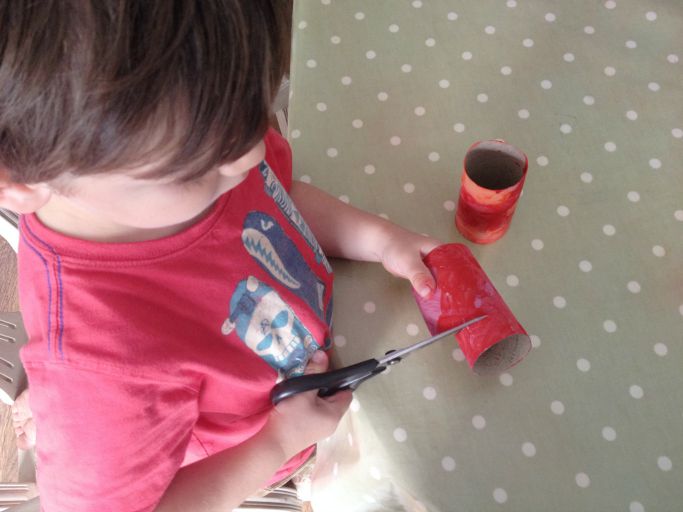 Once the snakes had been cut out all that was left to do was glue on some eyes and play with them! Apparently these are Boa Constrictors and were off to battle our small army of superhero toys. 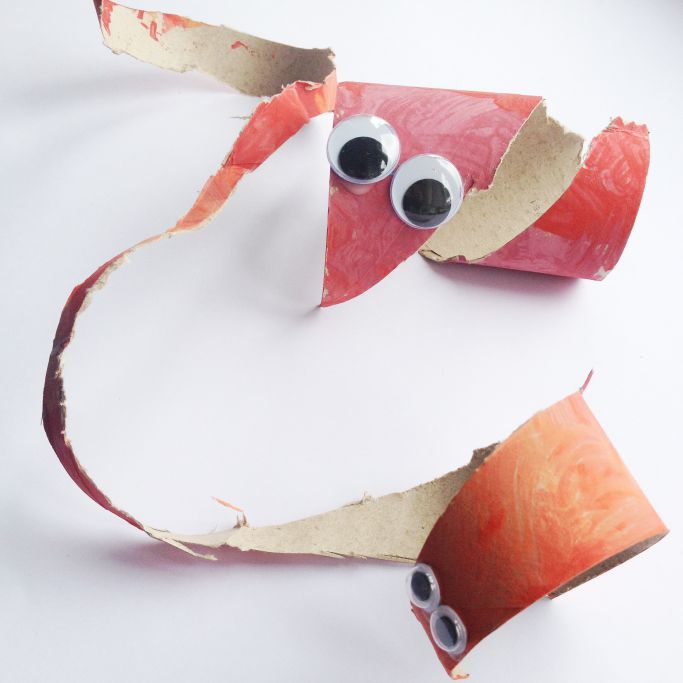 Jen at Mum in the Madhouse made this cool cardboard tube village.

Previous Post: « 10 Ways to Play and Learn with Stickers
Next Post: How to cope when your baby has reflux »