I love how the printing technique in this moon craft makes it look like little craters all over the moons surface! This moon craft is really easy to set up and not too messy either (well, for painting anyway!)

It’s perfect for toddlers and preschoolers as well as reception age or even older kids who you just want a nice, simple space themed craft for I’ve also added some ideas below on how you could adapt it for different ages so if you have more than one kid at home who you want to craft with it’s a good one for keeping them both entertained. 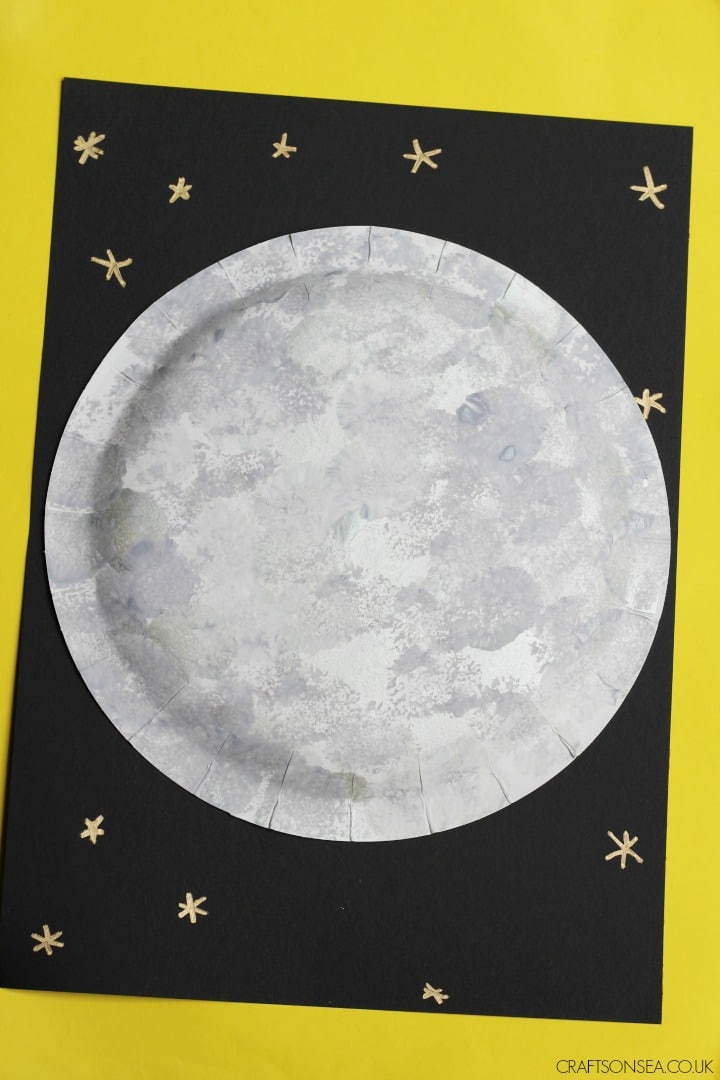 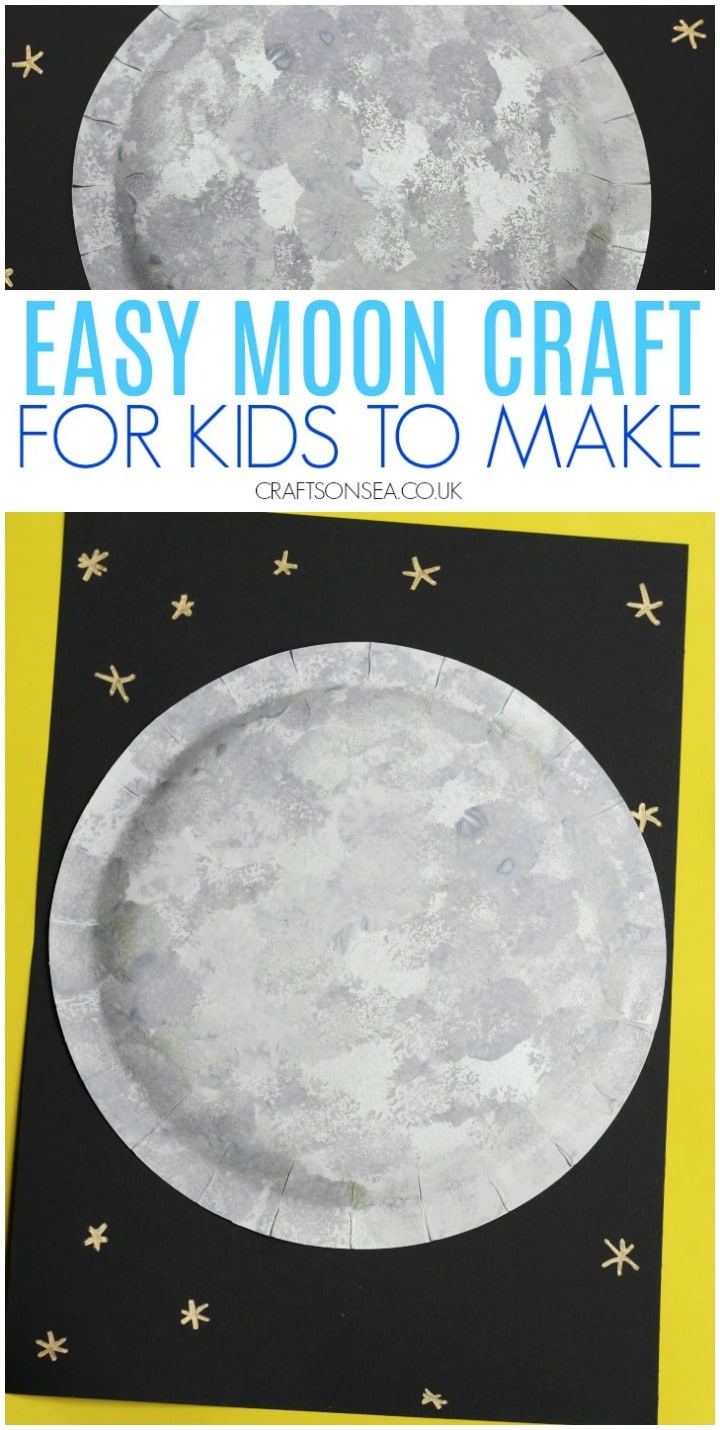 My kids are really interested in space and stars, I think everyone is a bit really.

We watched a programme last week which showed how craters formed on the moon when it’s hit by meteors if you’re feeling brave on the mess front it was basically dropping a ball into some flour to see the crater form possibly more of an activity for outside!

We saw it on Blue Peter but Motherhood On A Dime has this post on a making moon craters experiment which shows it all in action.

If your child is interested in space why not check out our free space activity sheets with eight pages of printables to grab. 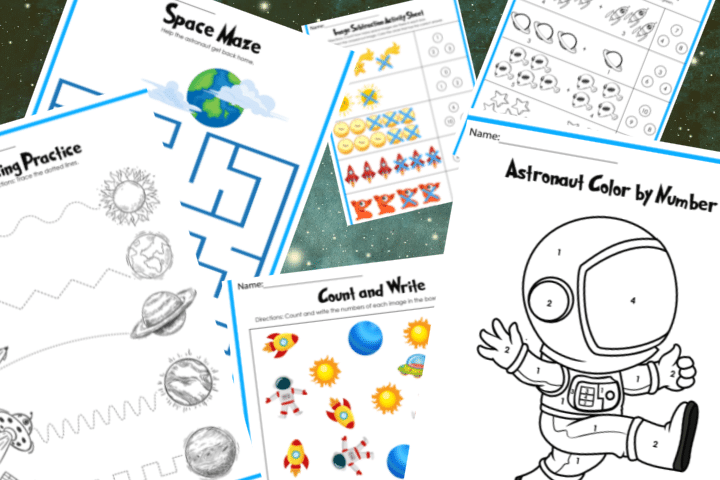 I’ve used pom poms for this activity because they’re great for creating that crater style of painting but they’re also fab for helping support your child’s pincer grip too where they’re holding things using their thumb and finger.

It’s important for things like holding a pencil or doing up a zip as they get older, if you’d like to read more on it there’s a good post on Therapy Street for Kids about it which includes lots of other ideas for developing pincer grasp too.

How to Paint Your Moon Craft

I’ve used a mixture of silver paint and grey paint made from black and white mixed together.

Once you have your paper plate and paint ready all you need to do is dip your pom pom into the paint and then start dabbing at the paper plate with it to colour it in.

If your child doesn’t like getting their fingers messy then you could use a clothes peg to hold the pom poms instead.

You can then either display your moon craft as it is or glue it onto some black card and add some stars.

I’ve used black card as the background which children can add some stars on to metallic or chalk pens are good for drawing on black (felt tips won’t normally show) or younger kids could stick on some star shaped stickers.

Or maybe draw and cut out a little astronaut or alien to add to your moon? How about a little flag to stick on it from your own country or your child could make a little flag design of their own (I’m in the UK, we’re not going to be popping flags on the moon anytime soon here!) 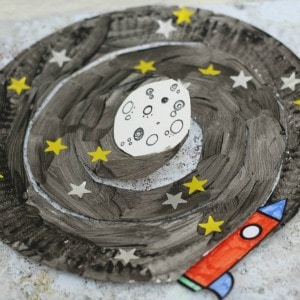 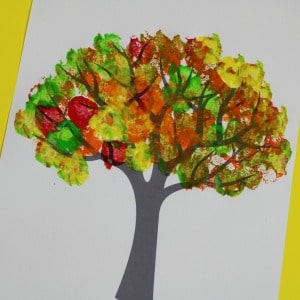 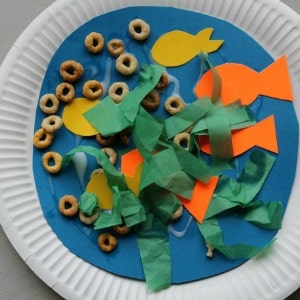