Twenty five minutes until Peppa Pig’s Surprise is due to start and my two year old is lying on the floor in the front room having a meltdown because she has to wear shoes. ‘We’re going to see Peppa.’ I tell her. ‘You love Peppa!’ And she does love Peppa, she’s wearing her Peppa tshirt, has watched Peppa that morning and she’s now lying on the floor screaming and I start to panic that things, to put it politely, are not looking good. 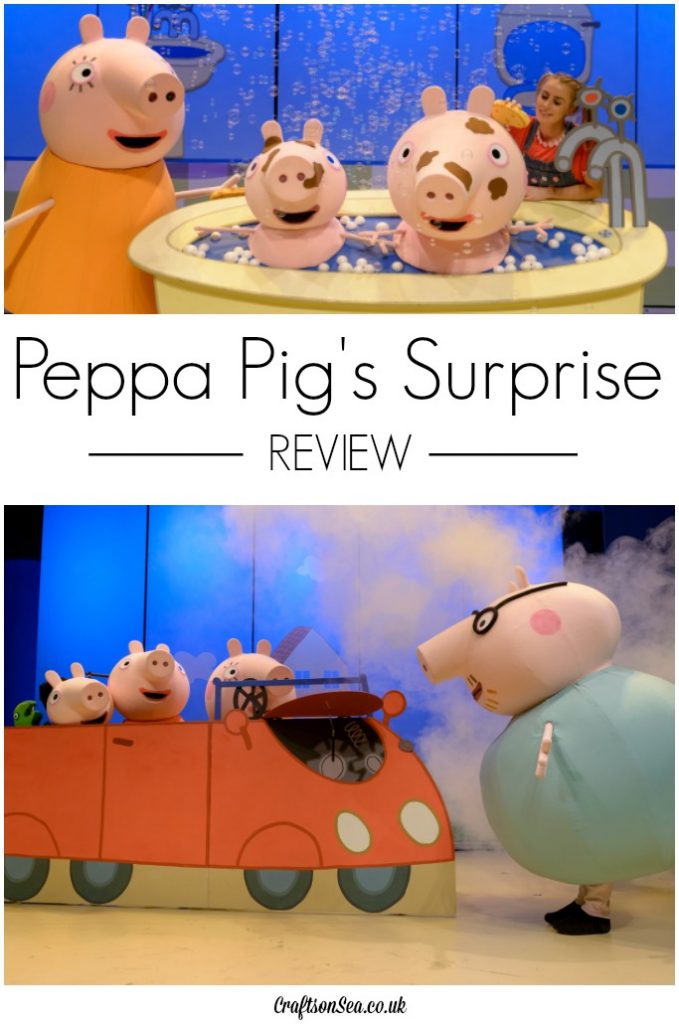 Thankfully I have a secret weapon, the eldest. Five years old and he’s probably got enough experience in calming down toddler tantrums to gain a PhD in it. Somehow, he manages to remind her of her great love of all things Peppa and we all race down the road to The Cliffs Pavillion to see the new Peppa Pig theatrical show. This is our first outing to the theatre together, we’ve been to the cinema once during which I just about managed to keep both kids in their seats using a never ending supply of snacks but I’m still a bit hesitant. Is getting two small kids to behave themselves in a theatre going to be a bit much to ask? Thankfully I needn’t have panicked, one of the nice things about going to see a show aimed at preschoolers is the fact that the audience is… well, full of preschoolers. Yes, the kids do wiggle around a bit, have a look at the people in the seats behind them and occasionally yell ‘Eppa Ig!!’ excitedly when Peppa arrives on stage. In all honesty, it was probably one of the most relaxed performances I’ve ever been to and for what I thought would be a stressful situation, was actually super stress free. 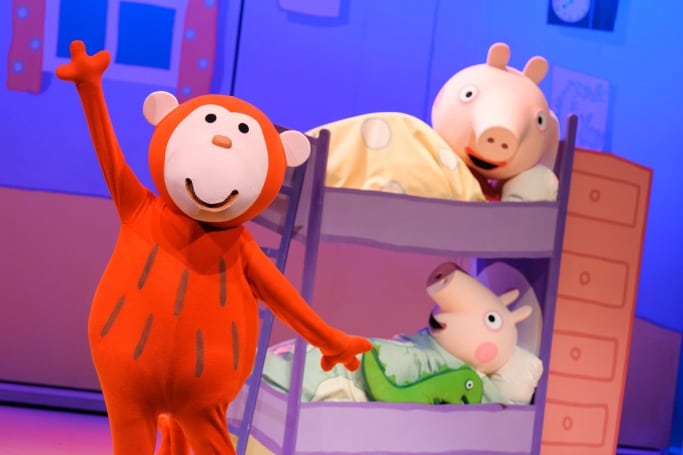 The show itself is about a surprise day out that Mummy and Daddy Pig plan for Peppa and George. They are helped on their way by Daisy, a actress who helps keep the plot going and encourages all the kids to sing along and dance. Peppa and her friends are all puppets but neither of my kids seemed remotely bothered by this as the puppeteers fade really easily into the background when they need to be on stage. I think my youngest genuinely believed it to be the ‘real Peppa’ and her face absolutely lit up when Peppa arrived on stage, her  round little cheeks stretched to the max in a massive grin.

We honestly really enjoyed seeing Peppa Pig’s surprise and a quick bit of research on one of my local mums groups on Facebook when I got home confirmed the same thing – loads of reviews from the show and all of them positive, other mums getting excited about taking their kids the next day. And we went from a screaming preschooler to one happily snuggled in our arms, mesmerised by getting to see one of her heros, my son told me he thought the show was phenomenal and I guess with that evidence I’m inclined to agree.