I’m really excited today to be taking part in All Done Monkey’s 31 days of ABC linky. I have to admit that I’ve spent the last week being super nervous about it!

As well as the normal ‘what shall we make’ panic with both kids ill there’s been not much crafting going on and lots of Peppa Pig and Calpol instead.

We love creating sea themed craft so thankfully at the last minute I thought of doing an Orca paper plate craft and very thankfully the boy agreed that he’d like to try it! 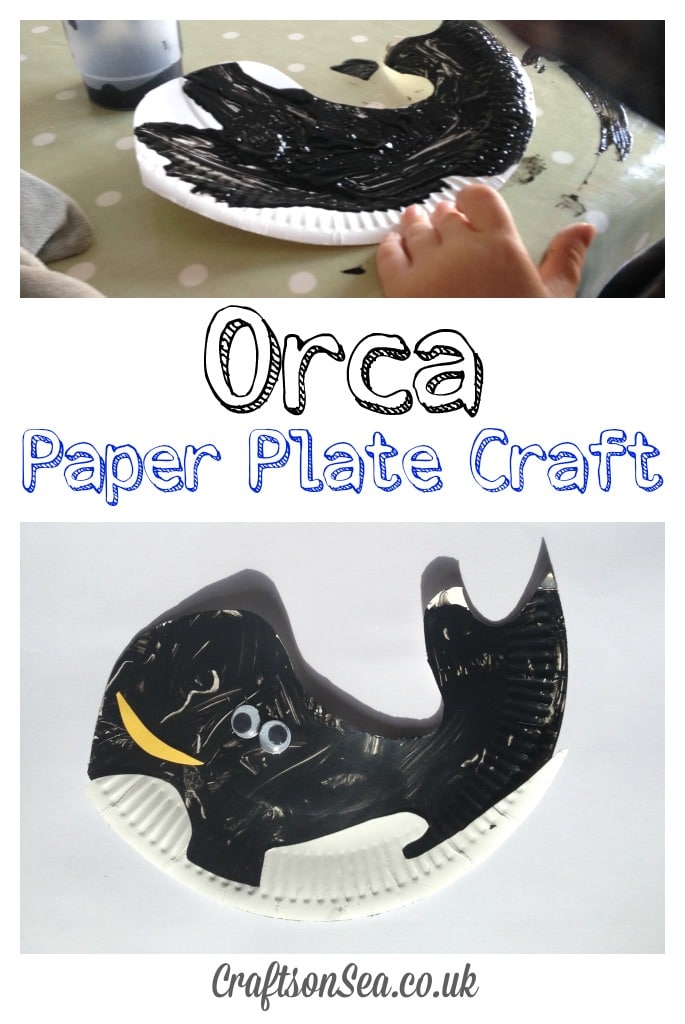 I don’t know about you but when I was growing up Orca’s were called Killer Whales?! It was only by watching Octonauts and Captain Barnacles talking about Orca’s that I discovered the change. The BBC license fee is well worth it!

Apparently Killer Whale is still used by a lot of people but Orca is now increasingly used as these animals are actually more closely linked to dolphins than whales and they aren’t seen as a threat to humans at all so Killer seems a bit over the top. (Over the top obviously being my interpretation rather than the official marine biology one!)

How to make an Orca paper plate

You will need one paper plate, some scissors, black paint, glue and googly eyes.

Cut out the main orca shape from your plate and paint this black.

With the leftover bit of plate cut out the white area.

When the black paint is dry stick the googly eyes on and the white area at the bottom, it should have a nice snug fit as it’s cut from the same paper plate.

We also added a happy mouth as our orca looked a bit sad! Ta-da! Your orca paper plate is done and you are ready to return to lying on the sofa (that bit might just be us). 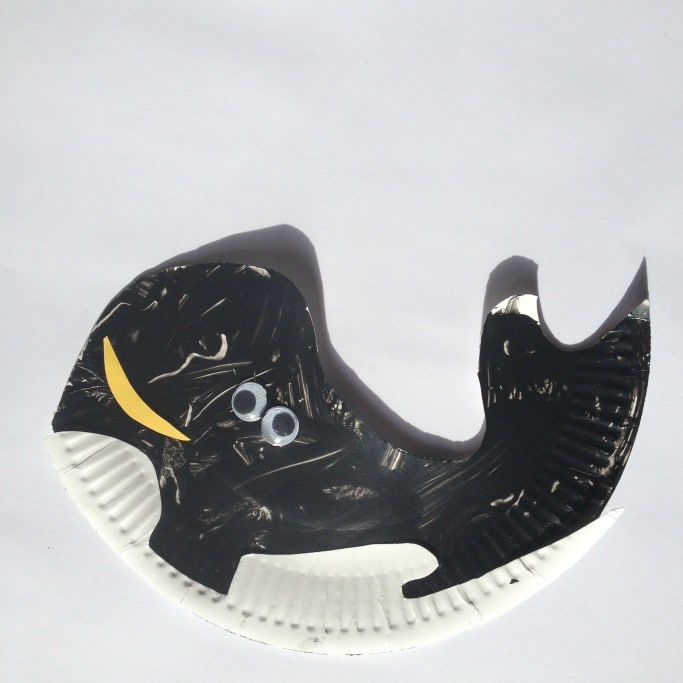 I did ask my son to guess what letter Orca started with and he said E so it looks like I’ve certainly got some more teaching to do where letters are concerned! If you like the idea of making paper plate whales, do go and check out Anna from In The Playrooms’ post to see the one her boys made!

If you like helping your kids to learn in a fun way do check out all the other bloggers taking part in 31 Days of ABCs in the linky below. 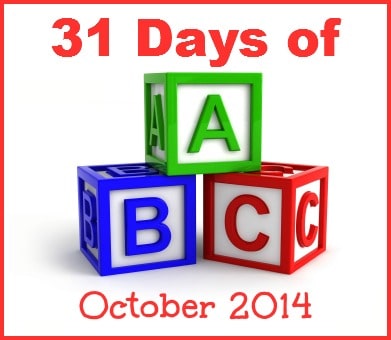