I love crafts that I can do along side my kids and this DIY money box was a great craft that we could all enjoy. After all, why should the kids get to do all the fun stuff! With the start of a new year I’m always keen to make sure that as a family we all try and be a bit more financially savvy, whether it’s with me making sure that I save enough for the school holidays or making sure that the kids know that toys and sweets don’t just magically appear when you ask for them. These DIY money boxes are a great way to have fun crafting together while also having a sneaky little chat about money! I’m also sharing 6 of my favourite DIY money box ideas today so make sure you check those out at the end of the post too! 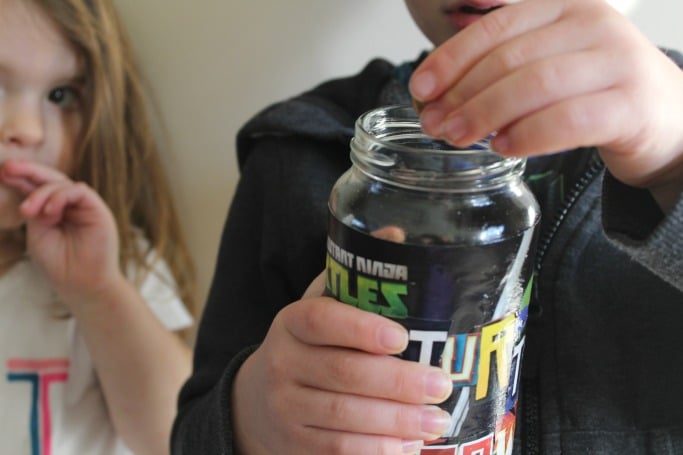 Begin by removing the label from your glass jar. You can of course buy plain jam jars but I like to upcycle things where I can and it’s always helpful to be able to raid the recycling where you can! Cut a piece of paper from your magazine the correct width to fit around your jar. I used Coast magazine to get a nice picture that reminded me of holidays while just as predictably my kids went for Teenage Mutant Ninja Turtles and Paw Patrol. 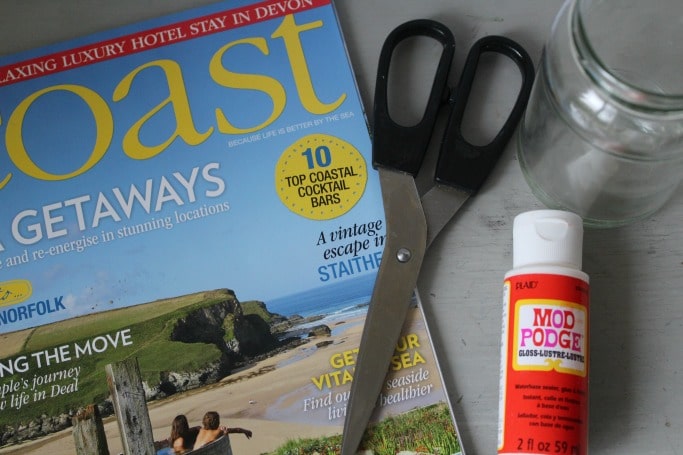 Rather than glue onto the piece of paper (which can rip quite easily) we found it was much better to paint the mod podge onto the jar and then carefully place your picture on top. Once you’ve done this paint a second layer of mod podge on top of the picture. It looks white and oh my word mod podge smells (it’s known as ‘mummy’s smelly glue’ here) but it will dry clear and it’s a lot more durable than just using pva which is likely to peal off. If you want to put words on your money box cut these out and then put them onto your jar and then put another layer of mond podge on top to seal it. 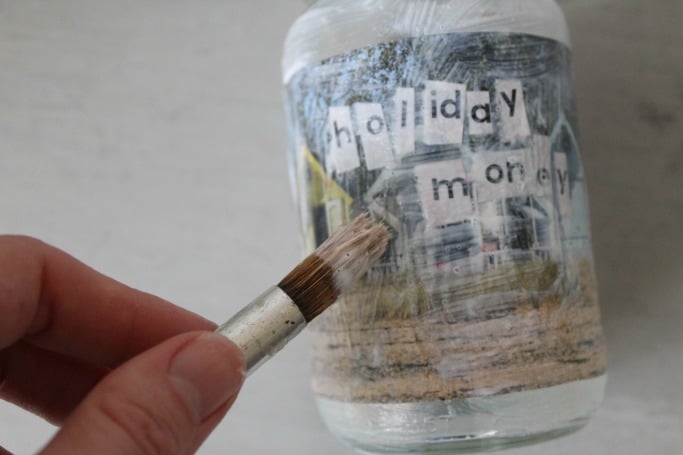 If you have a crafts knife like this one and a thin lid then you can cut out a hole in the top to put your money in, but we were all quite happy to just use a screw lid. Want more DIY money box ideas? Make sure you check out the posts below! 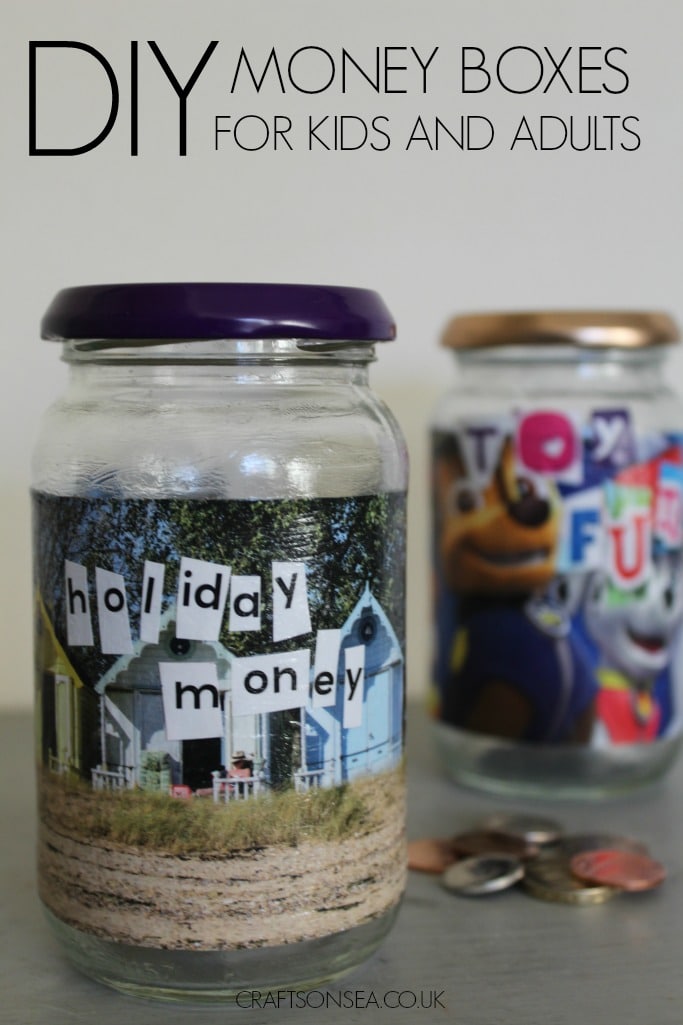 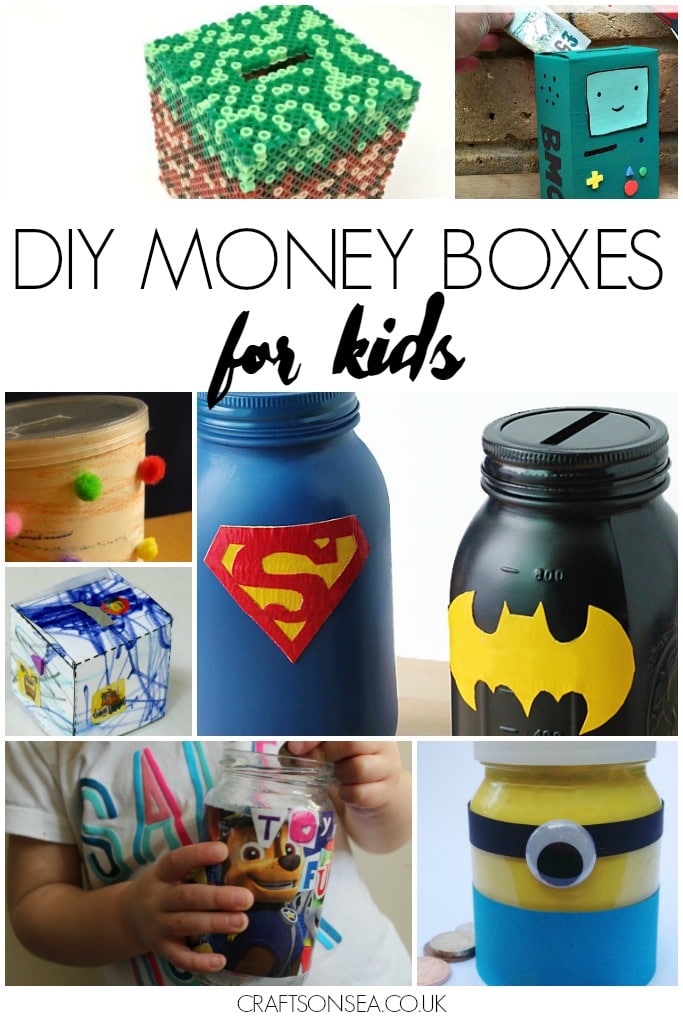 A simple kid made tutorial from Nurturestore

The tutorial above Paw Patrol Money Box by my daughter!