So, last week I started to share some ideas for Christmas books for Children which I think are great to read together. First up was Stickman, a popular choice for families and pretty well known. Today’s choice? Possibly less likely to be seen on most Christmas reading lists and possibly with good reason. 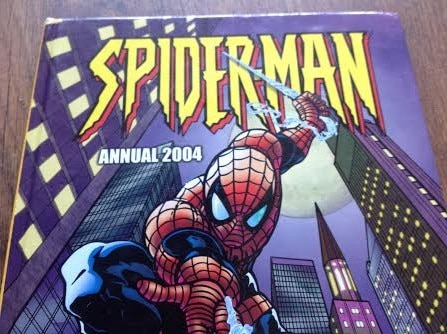 Somehow we ended up with two copies of this. It’s the only Spiderman book we own so of course we ended up with two copies! And, obviously, it doesn’t actually mention Christmas at all (although it does have a story about Jay Leno in it). But it does have a story with some snow in it. Does a story have to have Santa or Jesus in it to make it festive? Or is snow good enough?! 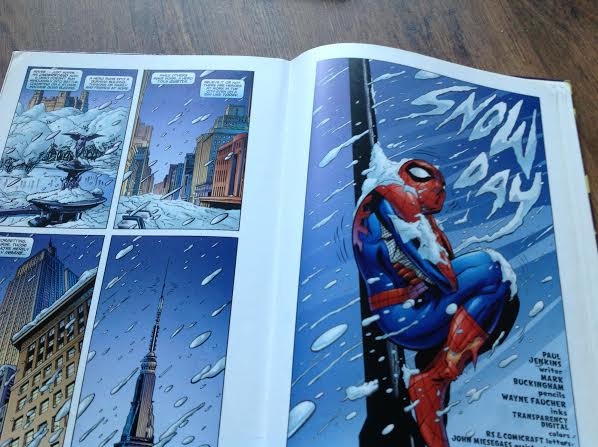 Now, the other thing I’m going to throw into the mix here is that my son has had it since he was two years old, and it’s way too old for him, it just is. There’s actually a four letter word in it. Only a mild four letter word but it’s still got four letters and its not milk, bear or play. So why on earth am I recommending it?! 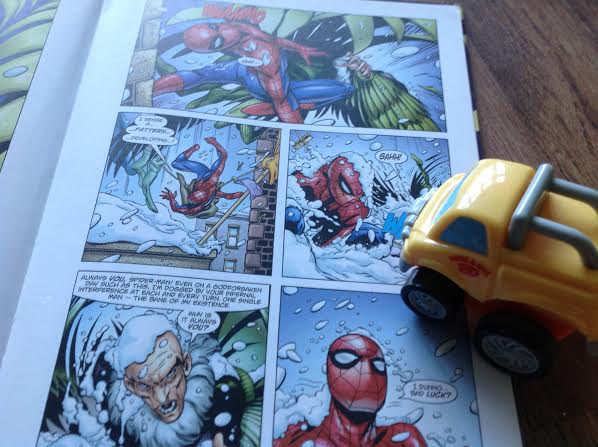 Because he loves Spiderman. And I think that anything that gets kids to bring you a book and ask you to read it is a good thing. I make up the stories. Yes, this will be an issue when he learns to read but the book might have to be lost before then! There’s no rude words in my version. It’s Christmas and good ol’ Spidey is getting ready for the day and is helping to save people from the Naughty Bird Man. I can’t change the fighting in the pictures but I can change the reasons behind what’s happening.

Does letting my son read a story with pictures of fighting in it make me a bad mother? I hope not. I imagine that if he had an older brother stuff like this would be around the house anyway. For me this is a Christmas story that helps my son to get excited about opening up a book and that’s good enough to get me to recommend it.

What do you think? Do your kids have any books that make you wince a bit when you read them? Does anyone else have to change the words at all? I’d love to know what you think, especially if it helps remove any mummy guilt from me!!