Today is one of those few rare days when I feel like a mum who has Got It All Sorted. Well, except for the cleaning, obviously. Why? Well, because today I’ve been doing some Batman science with my boy and he loved it. Not just that though, this Batman activity helped with his letter and word recognition. Cool huh? He doesn’t know or care about that though, all he knows is that he had loads of fun! 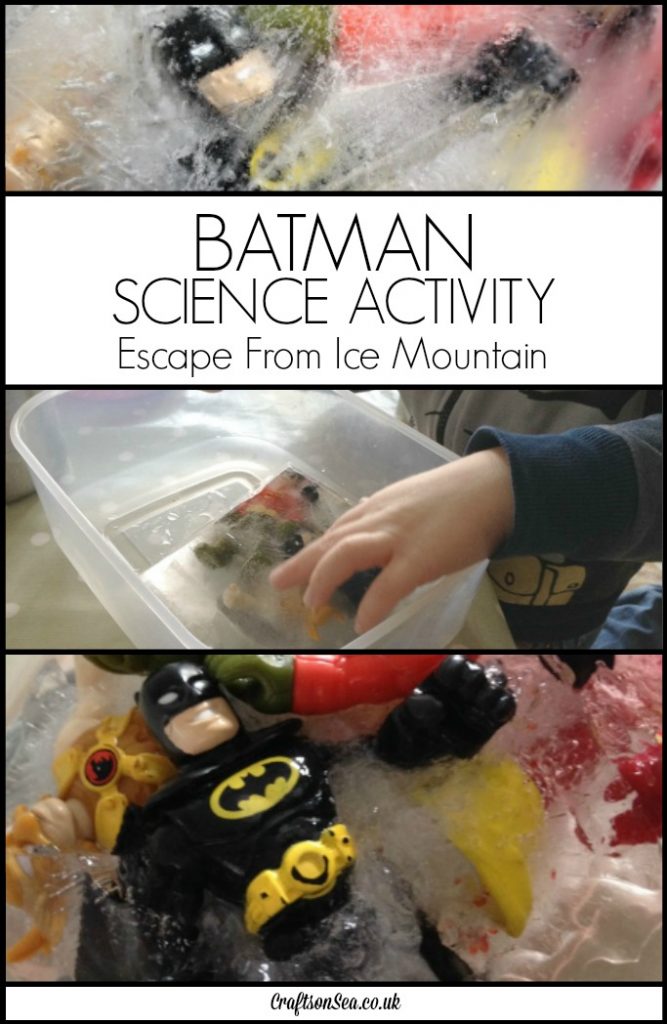 Preparing the scene of the crime

Last night I was Stealth Mummy and when the boy wasn’t looking I stole some of his Batman toys and froze them. If you’d like to make an Ice Mountain too then I recommend using the pasta salad pots from Tescos, they have a nice ‘mountain’ shape and are just right for capturing four Batman toys. First Batman and Robin were frozen, then after an hour or two I added Hawkman and Flash so they were at different levels. I left this in my freezer overnight then popped it out of the container and put it in a plastic box to play with just before we started.

Today my son found a letter from Bane. 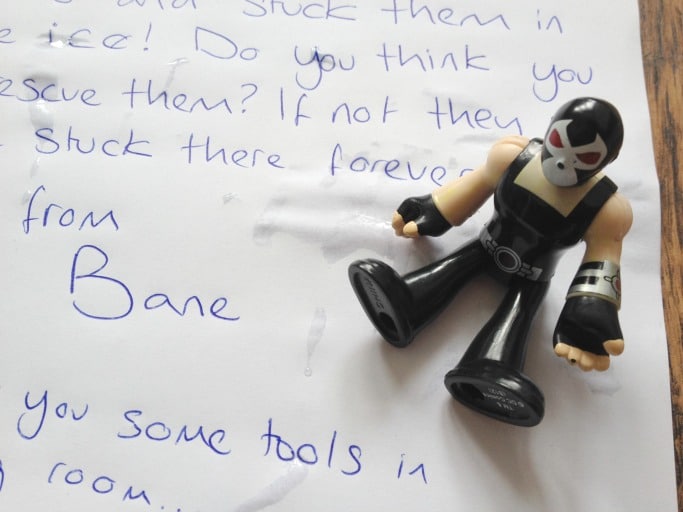 “Hello, I am Bane and I am a naughty baddie! I have captured Batman and his friends and stuck them in some ice! Do you think you can rescue them? If not they will be stuck there forever!!

PS I’ve left you some tools in the dining room….”

Man that Bane is a jerk! Still, at least he had the decency to leave my son some exciting new things out: a jug of warm water, some salt, a spoon, a magnifying glass (I bought these

on the sly at the weekend, they’re sold as a cute set in the US

and a kids syringe.

We looked at the letter together and my son could recognise letter B for Bane and Batman, his own name, the question marks and exclamation marks. He’s just turned four.

In the dining room we found our superheros trapped! Eek! 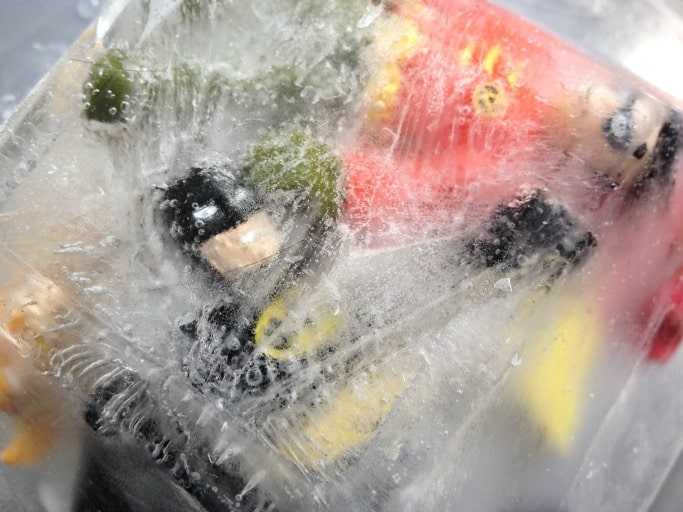 We tried out all the different things to see what we needed to do to rescue The Dark Night. After a bit of playing my son discovered that salt melts ice and we listened as it made cracks in it. The warm water was also a big hit, at first starting with the syringe to pour it on the ice and then moving on to pouring the jug itself. We used the magnifying glass to see what was happening too. 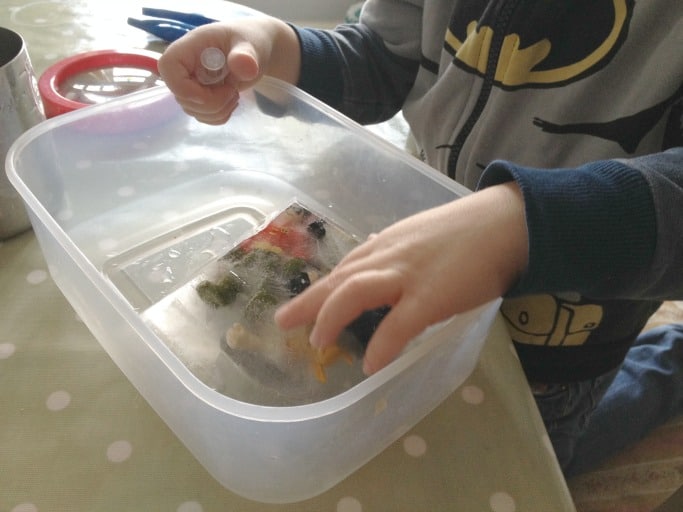 We also added a few drops of red food colouring so we could see where the ice was cracking and melting. Folks, don’t use the syringe for this, I wore it on my face for an hour without realising!

We spent nearly an hour happily doing this science experiment, which is a really long time for us, but it was great fun. There were also a lot of celebrations when we managed to set our superheroes free and we took them for a nice soapy bath in the sink to warm them back up and make sure all the salt was out before the baby tried to chew their heads. 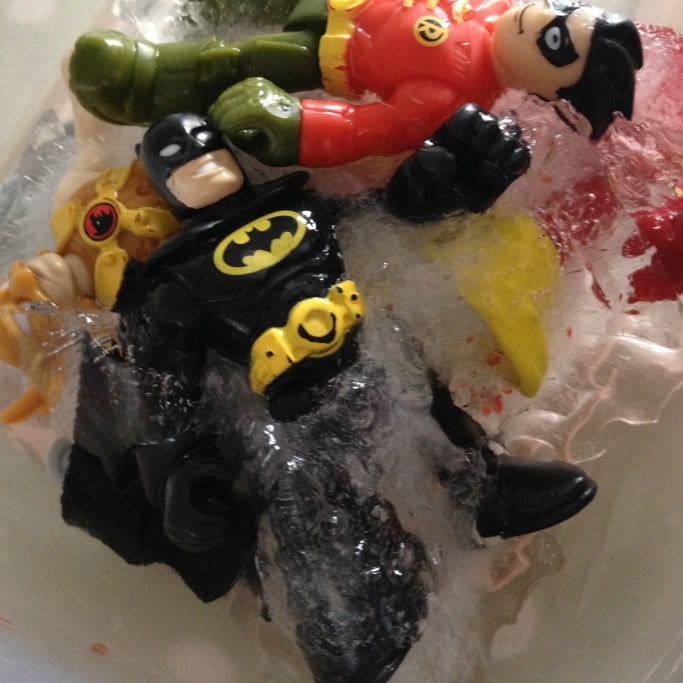