So I *might* be a bit obsessed with the mini pumpkins I bought last week. Ok, I totally am. But after the diamante decorations I did myself I thought it would be fun to let my toddler in on the action. He loved it before when we used lots of different materials to paint with (the glee of something other than a paintbrush!) so I thought he would enjoy painting on a different kind of surface. I think that pumpkin painting for toddlers can be a bit tricky as pumpkins are so bright so we used white pumpkins to make it easier to see what my toddler had painted! 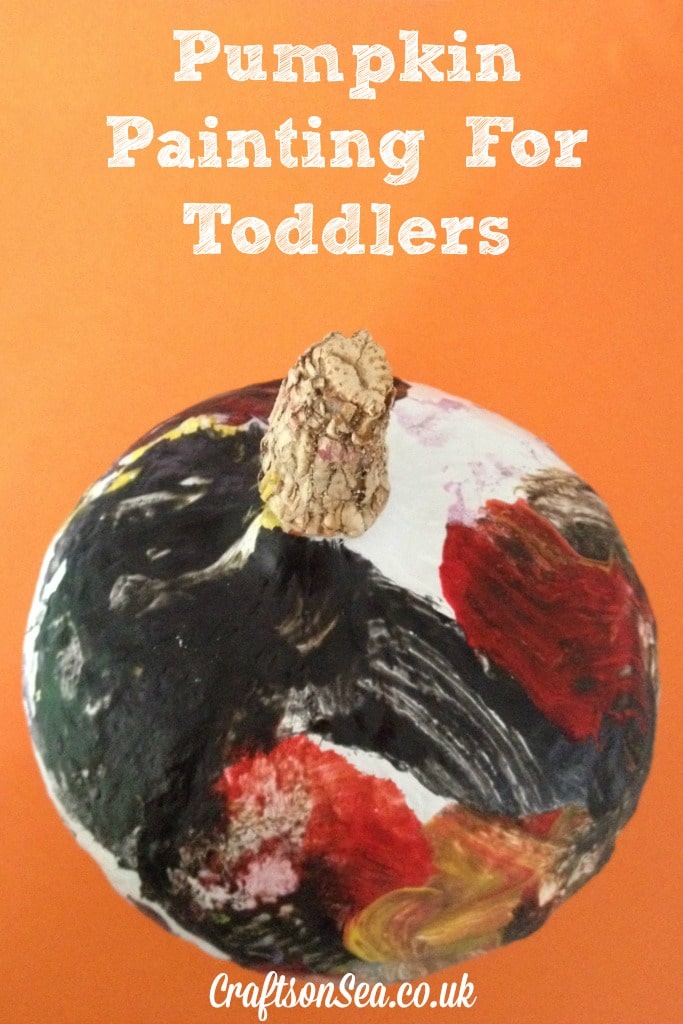 So first up is the mini pumpkin that I got from Morrissons (99p). I’ve been told that you can also get them in Lidl’s and Waitrose at the moment if you want to go out pumpkin hunting!

While my son was at playgroup I sprayed the pumpkin white (I used Wilkinsons own brand). To do this you just cover the stalk in selotape or washi tape, take it outside, cover the ground and spray! Wait a bit for it to dry and you’re ready. Do you want to see what my pure and clean pre-toddlered pumpkins look liked? Ok then…. 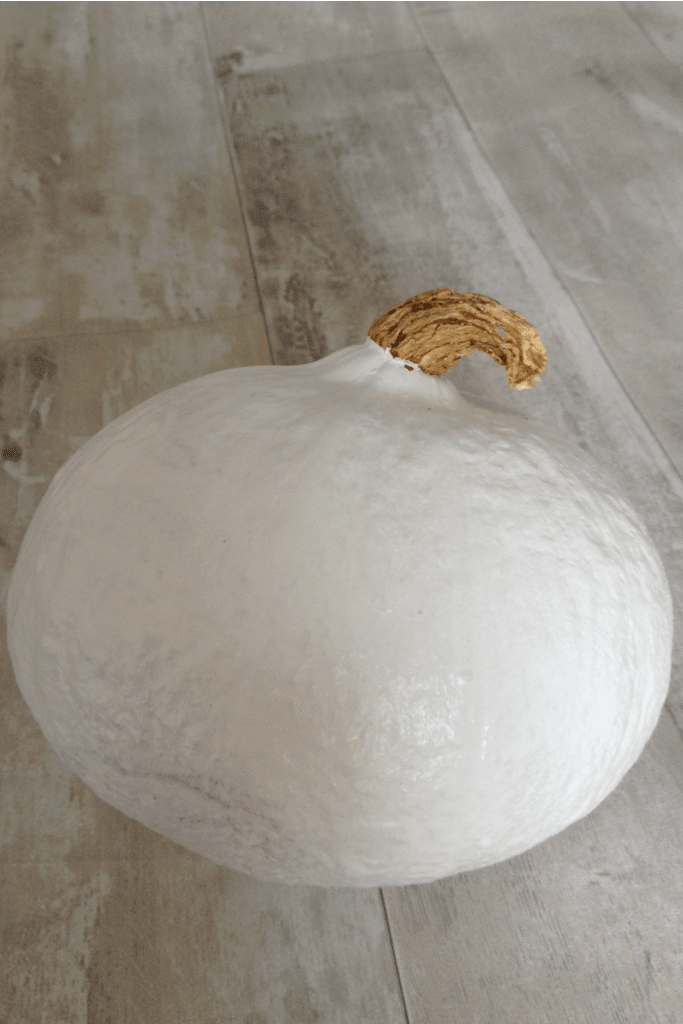 Pretty huh! Word of advice here, the paint can bubble a bit as the pumpkins give off some kind of gas, presumably this is because they are very slowly decaying. It was only a small bit in our case though and I still felt it was worth it to have a nice blank painting surface as pumpkins are such a strong colour normally.

I told my son what he could paint on and he was really excited. We used this as an opportunity to talk about how to make different colours, the same as with our pumpkin suncatcher and I showed him how to make purple, orange and green. The colours were all his choice though which is why there’s a lot of black. And, err, brown. He was really into mixing! 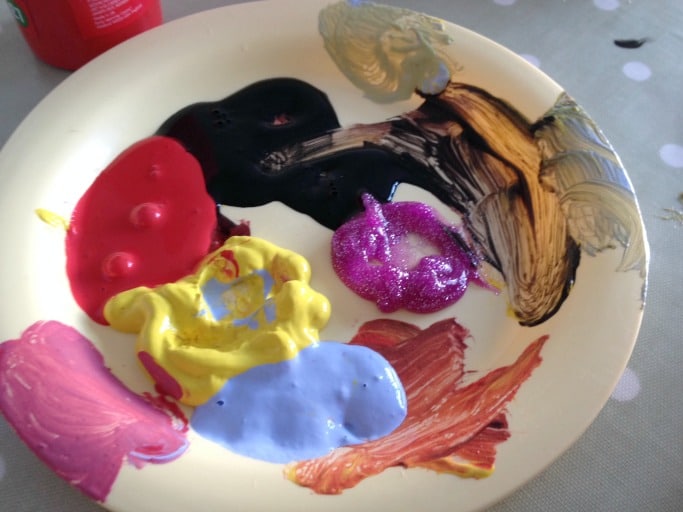 He also wanted to paint the pumpkin with his hands so it was a proper messy play and sensory experiance for him- lots of fun!

Have you tried doing  pumpkin painting with toddlers? How did it go?