The picture-perfect pumpkins took just 24 hours to carve with scenes including the chilling beam in the alien film classic, The Thing (1982), the eerie resurrection of the beloved cat in Stephen King’s Pet Sematary (1989), the Stay Puft Marshmallow Man storming the streets of New York for Ghostbusters (1984), Carrie (1976) drenched in pig’s blood during her ‘time-to-shine’ prom moment, and the spine-chilling mask from Halloween (1978).Got a pumpkin to carve tonight? While a simple Jack O’Lantern is perfect for kids to make if you fancy trying something a bit more impressive then I’ve teamed up with Sky Cinema Halloween to share some fantastic Halloween film inspired pumpkin carving ideas that will make your house or party look amazing! 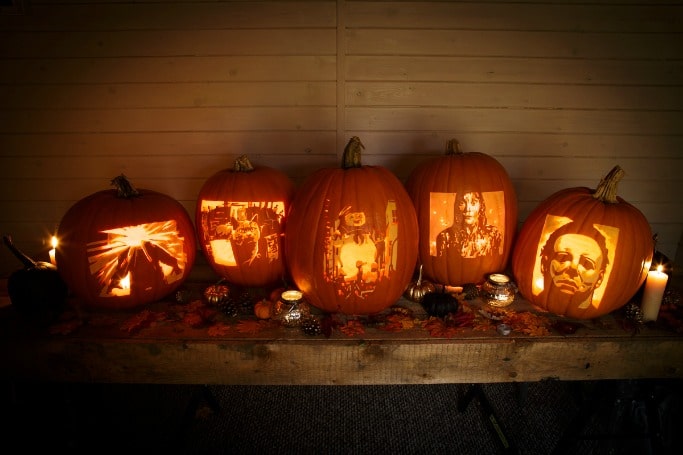 These pumpkins were all created by Dave Finkle who is a previous world record holder for the fastest pumpkin carved (20 seconds) and the most pumpkins carved in an hour (102). My favourite Halloween film is Ghostbusters and it’s a family favourite round here too, both my son and I loving Bill Murray in it (and who doesn’t love Bill Murray?!) It’s no surprise then that my favourite of the pumpkins is the Ghostbusters themed one which shows the Stay Puft Marshmallow Man walking through the streets of New York. 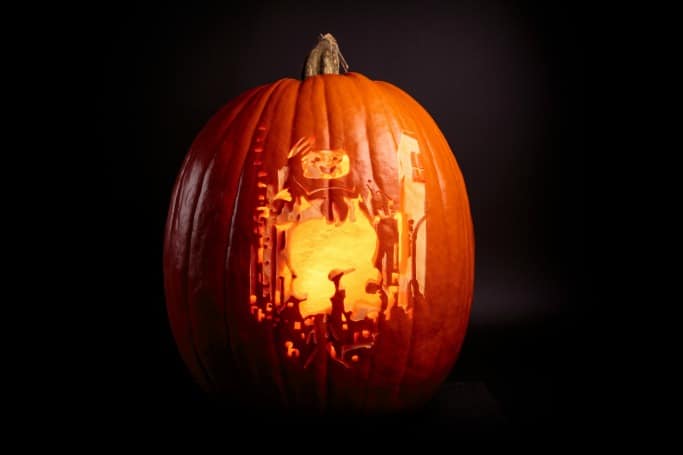 If like me you love the look of this pumpkin but think it might maybe be a little tinny bit beyond your skill set (ahem) then make sure you check out the video below of Dave making the Ghostbusters pumpkin. Even if you don’t feel up to the challenge it’s really interesting just to see how he makes it and it’s certainly inspired me to up my game in future!

The pumpkins took Dave just 24 hours to carve using scenes from the films The Thing, Pet Sematary, Ghostbusters, Carrie and Halloween. All five of the films featured on the pumpkins are part of an extensive line-up of Halloween movies on Sky Cinema Halloween, with other classics including the chilling Rosemary’s Baby and The Silence of the Lambs. The channel runs until 31 October on Sky channel 303 and is available at no extra cost to Sky Cinema subscribers, with the collection also available On Demand and via NOW TV.

Want to remember these brilliant film inspired pumpkin carving ideas? Make sure you bookmark this page or pin one of the images so you don’t forget about them.