After the huge success of our science experiment the other week where we entombed Batman in ice, I thought I’d like to try another ice science experiment with my son. Picking up ice with string and salt is a classic experiment, but I thought it might be a bit dull for my son as he is only four, so I thought about what four year old’s are actually interested in and came up with this fishing for dinosaurs experiment! 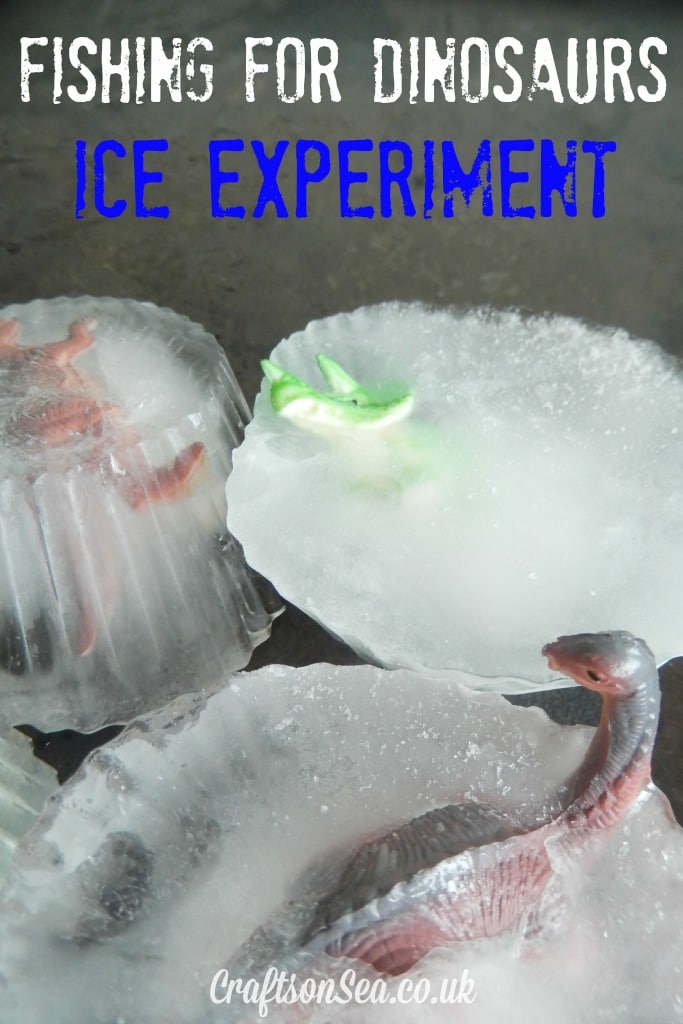 For this you will need:

Tray to pop them all in

The night before I turned into stealth mama and kidnapped some small dinosaurs from my sons room. I popped them into silicone cake cases (this makes them easy to pop out later) with a bit of water in each one and put them in the freezer overnight. Before we started I popped the dinosaurs out onto a tray with some cold water on it and placed some string, salt and a bowl of hot water next to them on the table.

My son loves getting notes about his ‘missions’ and they help with his letter and word recognition so this is the one I wrote to him from a spare dinosaur.

“Help! My friends went on an adventure and they got trapped in ice! Can you rescue them and help them into a nice warm bath to warm up again? You can’t use your hands to pick up the dinosaurs but you can fish for them with some string!” 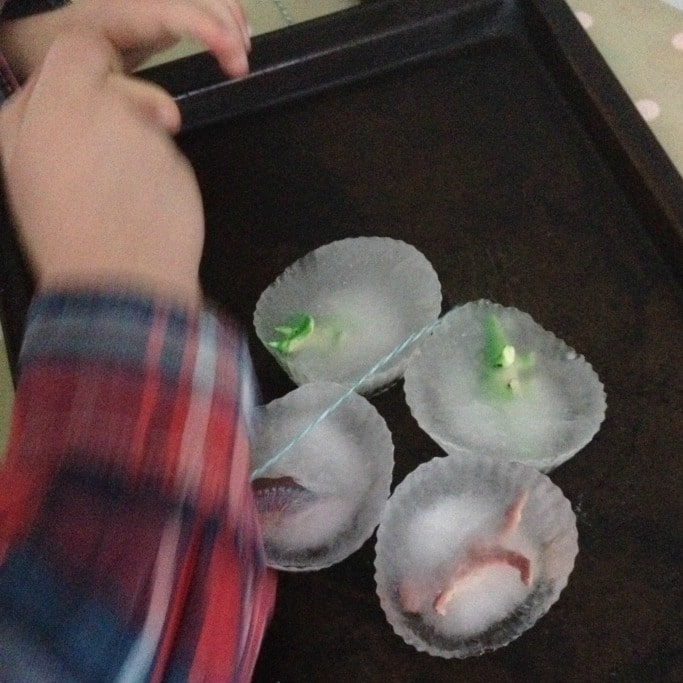 Who could turn that down?! My son was adamant that he wouldn’t be able to lift the dinosaur ice cubes just with the string but gave it a go anyway on my insistence! Didn’t work.

Next we spoke about how we had previously melted ice with different things and I told him to try using the salt. He placed the string across the icey dinos and poured some salt on top. The hard bit here for young kids is waiting, it takes just over a minite and I found that setting the timer on my phone helped.

After a miss-try from lifting too early we were able to lift the dinosaurs up just using the string and pop them into their hot bath to melt the ice. Whoop! As the salt melts the ice the water goes over the string and as the temperature cools it freezes again (just!) holding the string in place, picking up ice with string and salt and a dinosaur just for the sake of it! 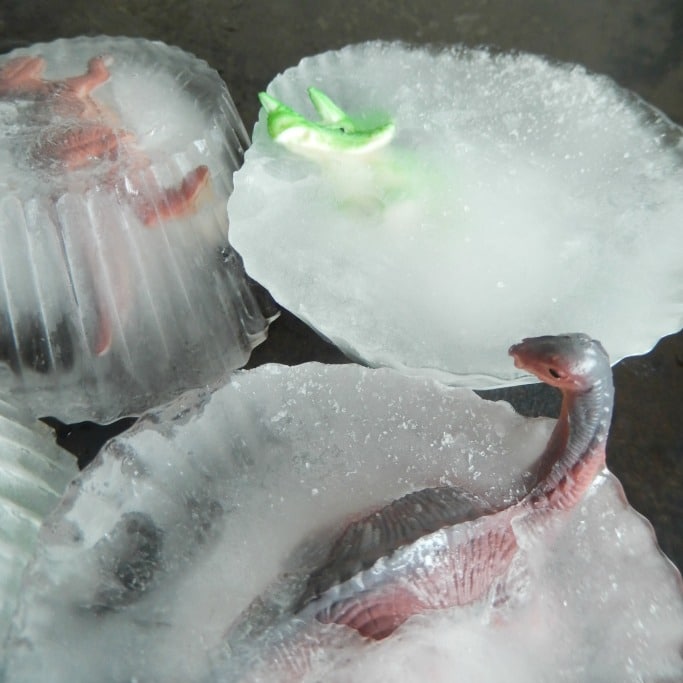 Hands on fun for kids