Every week this summer I’ll be sharing some craft ideas along with some of my blogging friends, everything’s being made with materials that a lot of parents have lying around and this week we’re kicking it off with stick crafts! I had this idea that we were going to do some beautiful thing with real sticks, but to be honest, give my kids a real stick and all they want to do is hit stuff. True fact! My son and I went hunting for inspiration and he decided that he really wanted to do a Star Wars craft. I thought maybe Boba Fett (my favourite) but he’s four so he calls the shots, instead we’ve made a fun little Darth Vader craft stick puzzle that’s super thrifty and I think super cool too! 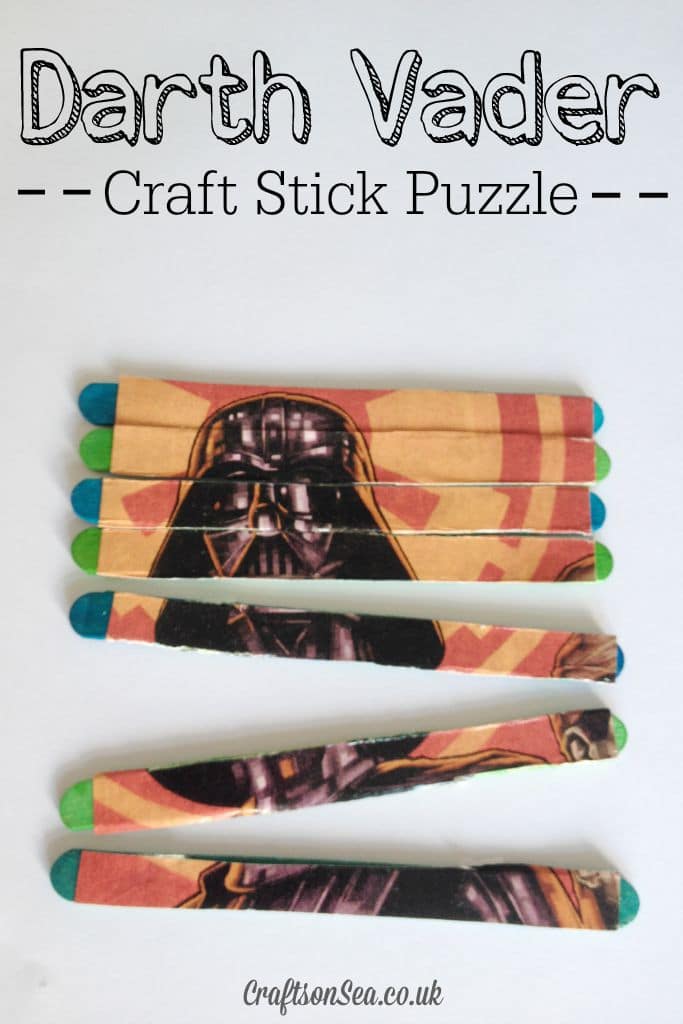 Picture of your choice 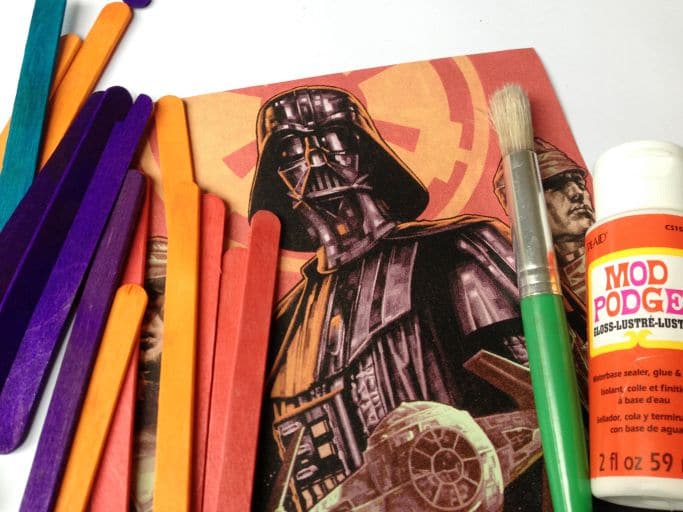 How to make your Darth Vader Craft Stick Puzzle

First of all lay out how many craft sticks you want to make your puzzle with. If you’re making this for a yound child then I recommend using as few as possible! My son, naturally wanted to use loads, he is four after all! Another good hint here is to use coloured craft sticks and alternate the colours, this way if they get a bit stuck you can refer them to the colour pattern to help them along, eg blue sticks come after green sticks.

Cut your picture to size so that it will be not quite as wide as your sticks, this means you will be able to see the coloured ends. We used wallpaper for this craft. Most DIY stores are happy to let you have a meter of paper if you want to see how it looks at home before you buy it. We…uhh… have quite a lot of wallpaper rolls and no wallpaper up, it’s a great cheap craft supply.

Using your paintbrush mod podge the plain side of your paper and then place your craft sticks on it in order, leaving a teeny tiny gap between each one. Then turn your puzzle over and mod podge the front of it too, this gives it a nice sheen and helps make it more durable. Most Mod Podge things recommend using a paint brush or special foam brush for this but I can’t really get along with them so me and the boy used our fingers *shrugs*. It does pong a little bit though so you’ll really want to wash your hands afterwards. This was our work in progress where you can see the boy has made a super big Darth Vader craft stick puzzle too! 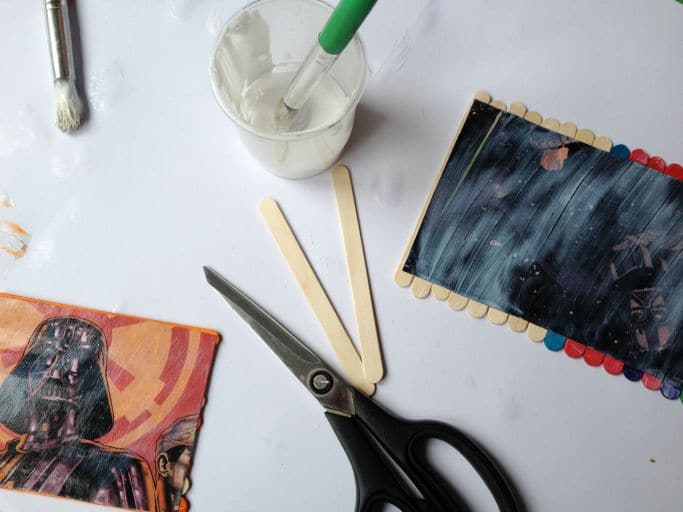 Now is the boring bit, waiting. Eagle eyed readers may have noticed that my craft sticks changed colour during this post and that’s because I am super impatient and so this didn’t work boo. I left version number two to dry for 48 hours to be on the safe side.

Once it’s super dry very carefully cut between the sticks, my hints here would to do it all in one go so your cutting line is straight and to fold the sticks inwards toward your picture just before you cut to give you a bit more room. 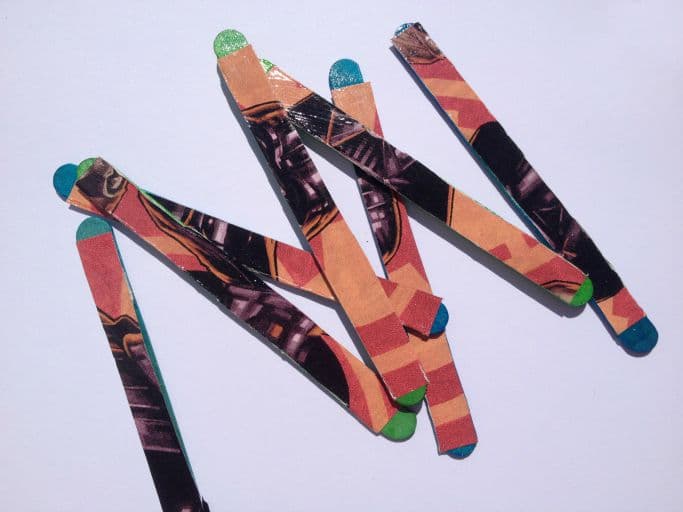 Your super cool Star Wars puzzle is now ready to go and you are an awesome parent!

I know you’ll want to see some other brilliant stick craft ideas now so do go and check these out!