It’s that time of the year when I brave trying to think what the kids would actually like for Christmas instead of just what they’ve seen advertised on TV. I know what my kids say they want and what they’ll actually enjoy are often two different things as my son showed me a picture of a drone this week and told me he wanted it for Christmas but when I asked him what it was he didn’t have a clue! Today I’m sharing some of the things that we have that we love, they’re the things that I think will last all year round not just for Christmas day and they’re things that I really like too! 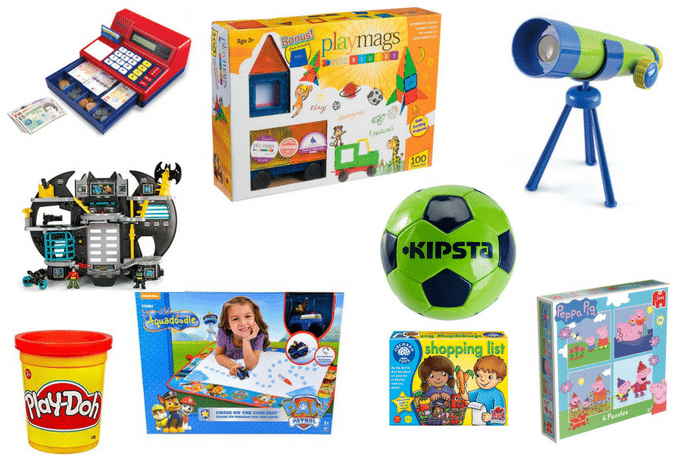 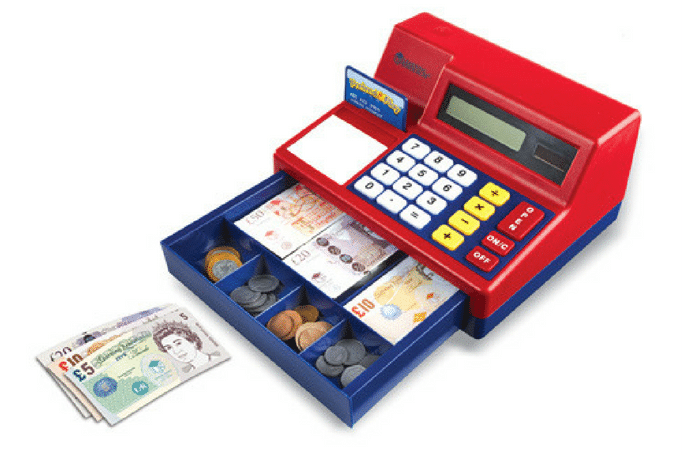 This kids cash register is almost too cute, right?! But as well as being super sweet I love how it’s educational too, your kids get used to the idea that things cost money and you can do some basic maths with them, either how many coins is that for younger kids like my daughter or with my son we can learn which coin is which and add up how much things cost. I also love how they can play with this together playing shops or bakers which is rather popular round here! It’s from Learning Resources which has loads of fab stuff for kids. 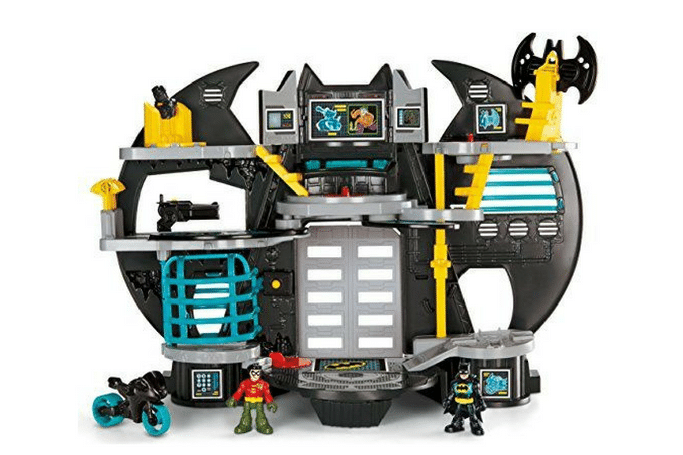 We bought one of these a few years ago and it’s been one of the most popular things we’ve ever had. Not only do both my kids play Batman in this pretty much daily but my daughter now uses it as the ‘house’ for her Paw Patrol or Frozen toys. 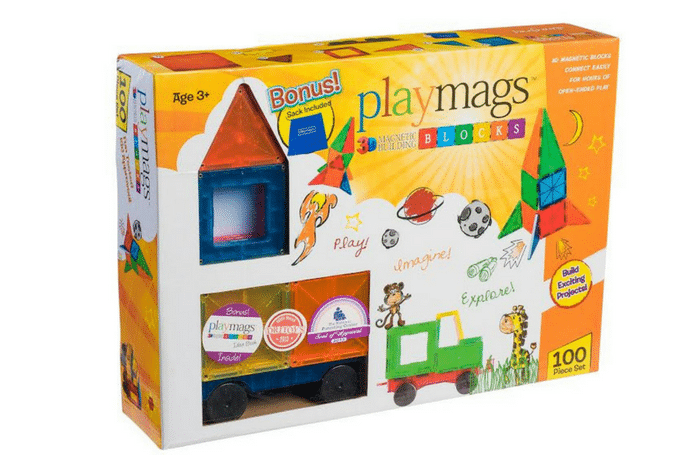 I thought my kids would enjoyed playing with these but I’ve actually been astounded by how much they got into them. For younger kids like my daughter (just turned three) they’ve been brilliant for teaching her how to build, on day one she just put a few in a line but a couple of days later I walked in on her to discover she’d made a ‘hospital’ for her Paw Patrol toys. They’re brilliant for encouraging creative play and even better, my kids actually play with them together really well so they’re fantastic if you have siblings. You can buy them on Amazon.co.uk here as well as on Playmag’s own website. 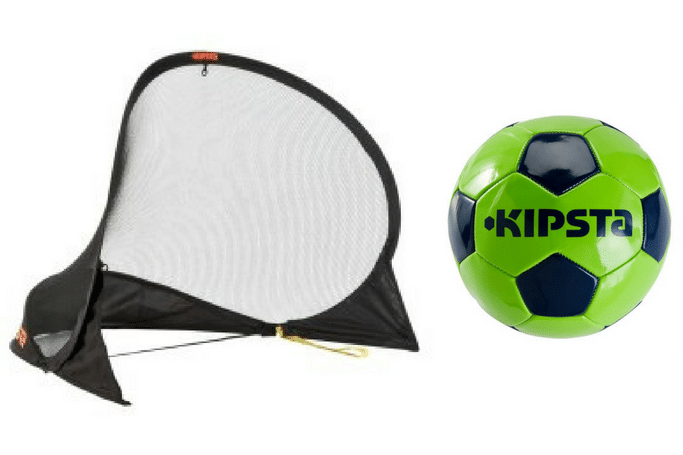 Decathlon have a load of sports kits available in their 20 for 20 range and we’ve loved trying out their penalty shoot out kit. Having a simple football kit that we can set up in the garden in a couple of minutes has been perfect for when the kids need to get outside for a bit and the fact that the goal can be put away easily means that you don’t have to have it out all the time. We’re planning on taking it on our holidays with us this year as it would be great for when we do a bit of glamping too! 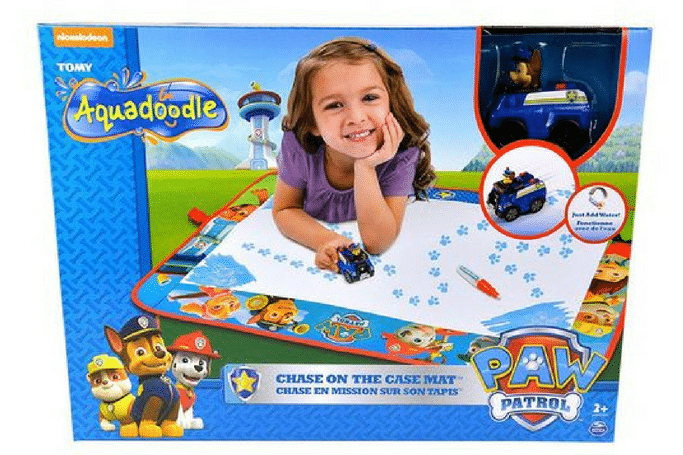 My kids love drawing and painting but sometimes I just can’t face the mess it makes. This cute Aquadoodle has been brilliant as both my kids enjoy drawing on the may with the water and ‘finding’ the pups on it and I don’t have to clean anything up! No shame at all in a gift for kids that makes my life easier too! Another great thing about it is that as well as the pen that you draw with there’s also a Chase toy that makes paw prints on the mat so having two things to play with has meant that my kids don’t fight over whose turn it is to use it. You can buy the Paw Patrol Aquadoodle here on Amazon.com and here on the UK site. 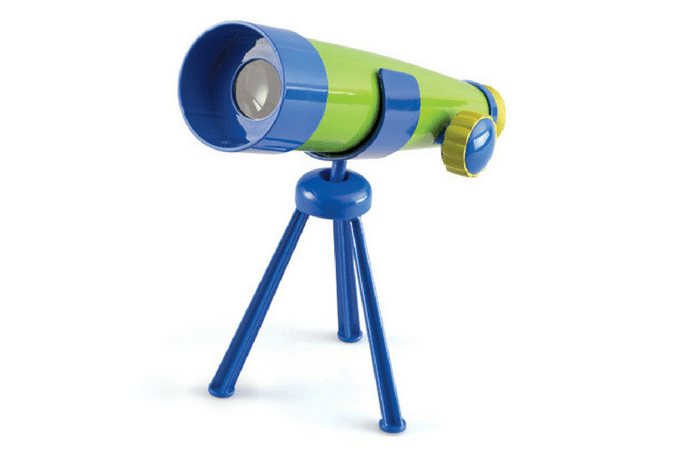 As soon as I saw this telescope from Learning Resources I knew that may moon crazy kids would adore it and actually if I’m honest I loved the idea of it too! It’s suitable for kids aged 3-7 which makes it perfect for my two to share and the simple design means that it’s easy enough for them to use themselves. What I also love about it is that it’s not too big or clunky so it’s easy for them to use at home but we’re also planning on taking it away with us when we go on holiday so we can view the stars when the sky is even clearer. 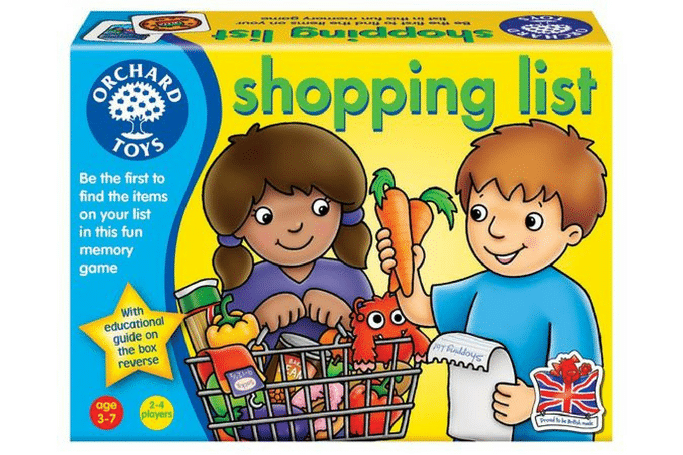 My kids both love playing this game and as a family it’s a great educational game that we can all enjoy together too. As I write this it’s also got 65% off on Amazon.co.uk so it’s a total bargain too, you can also buy it on the US site here. 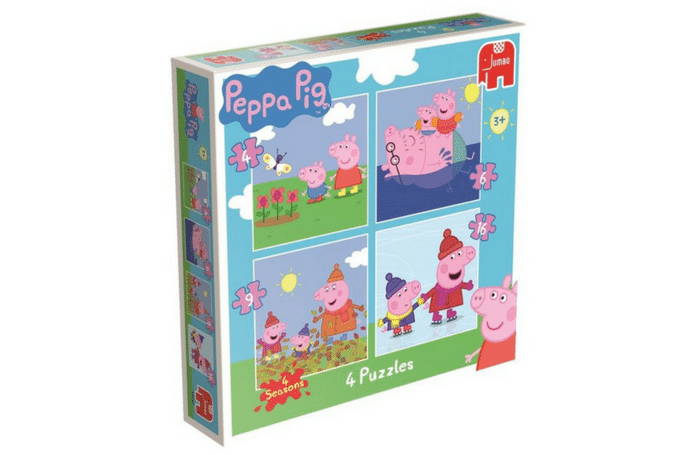 My daughter had this Peppa Jigsaw for her birthday and loves it – I love that each jigsaw is progressively a bit harder so it’s something that will last her a while as she learns how to do each puzzle. You can buy this here on Amazon.com and it’s available in their UK site here. 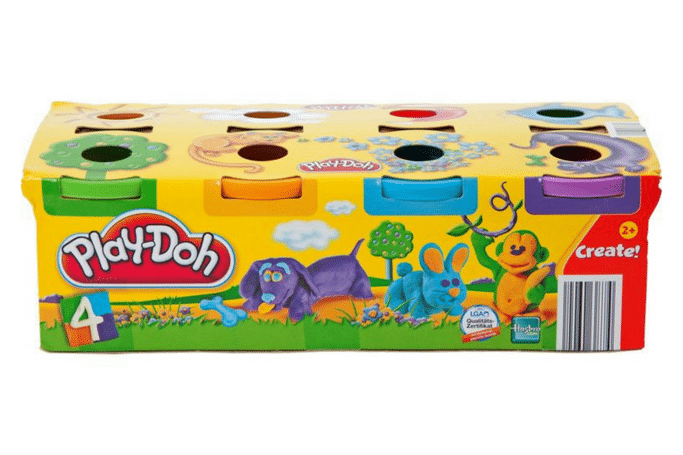 I know that you can make playdoh yourself and we’ve done loads over the years but there’s something so good about the shop bought stuff! Playdoh is brilliant for encouraging creativity in kids, you can normally find some simple bits to add to it at home like cupcake cases or pipe cleaners and it makes a brilliant stocking filler too.

Which of these do you think your kids would like?

Disclaimer – the Batcave, Peppa jigsaw, Playdoh and Shopping List games are all items that bought for myself, the other items we received as press samples.