Until earlier this year my husband used to run one of the busiest foodbanks in the UK. It was a slightly crazy job. Rewarding? Yes, or most the the time anyway but also very demanding both mentally and physically. During Harvest and Christmas I know a lot of people want to give to foodbanks (thank you! You are brilliant!) so I asked him what the things were that he most appreciated being given. Obviously all gifts are great but some are better than others, have you ever thought about if someone on the street could open the tin of food you’ve given? 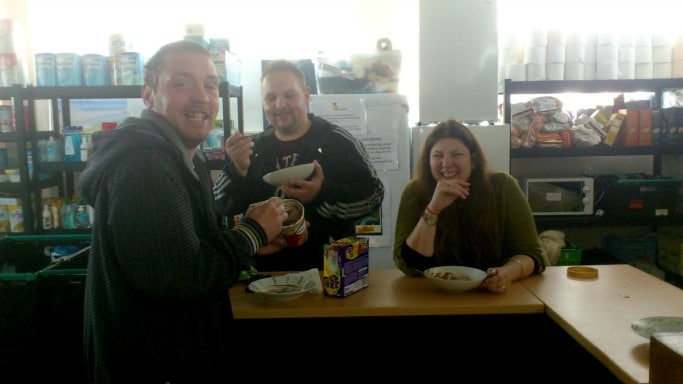 Foodbanks are for more than just homeless people, they cater for those in need. If you’re in the UK then you’ve probably heard of benefits sanctions. I know of single mums who have had their benefits stopped and had no way to feed their children. I know of people who have lost their homes because of it and forced to live on the street. I know of a friend of my husband who had his benefits stopped who my husband then had to organise the funeral for a few weeks later.  I know of the ex-city guy who lives in the woods behind a supermarket. I know the guy that slept rough in town and got urinated on and beaten up by strangers. I often chat with with the guy who used to sleep in a bush. I know all these people and I haven’t even worked there. Even if you’re not in the UK I’m sure you will know stories like these too, of people that need help.

The foodbank my husband worked for wasn’t Trussell Trust, it’s run by a local church here in Essex. It has 7,200 people on it’s books and they give food bags to between 500 and 600 people every week. No one who is in need is turned away.  My husband’s been interviewed by Sky News and The Guardian about his role but I like to imagine that being given 20 questions by me while he made me a cuppa was his interview of choice! (He’s not in the picture above by the way, it’s just the only one I could find on their site tonight!)
I hope that this helps if you’re thinking of helping a foodbank  and if you do have any other bits of advice that you think other people might helpful do leave it in the comments below. 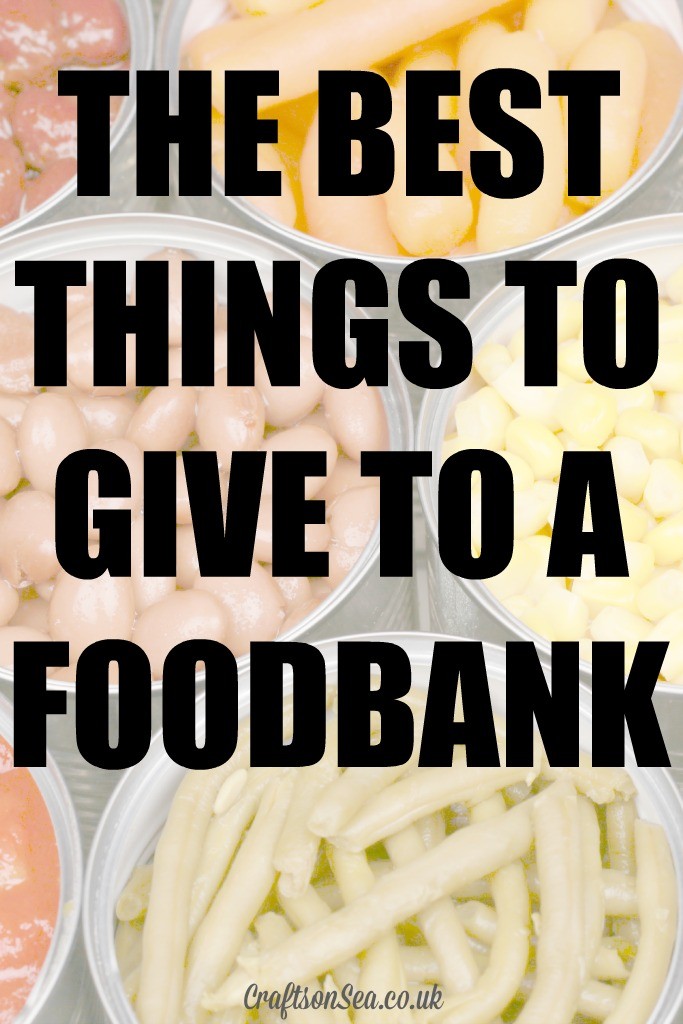 1. Tuna. If we give food to homeless centres or food banks this is always the thing we give. It’s packed full of protein and can be cooked as part of a meal or eaten straight from the can

2. Things with ring pulls. Yep, This is probably one of the biggest tips I can give you! Homeless people often don’t carry tin openers due to the amount of stuff they have to carry around so if the tin of food you give doesn’t have a ring pull on it then they might not be able to eat it. Such a little thing that can make a difference!

3. Baby formula. As anyone who has formula fed a baby knows, formula is a big drain on your finances. This is a great way that you can support poor families with young kids.

4. Nappies. Yep, same thing. No one should be worrying about how often they can afford to change their child’s nappy or if buying a new pack means less food that week.

5. Chopped pork or corned beef. These both used to be cheap sources of protein but the price of them has really risen. They’re super versatile as like tuna, they can be used as part of a meal or can be eaten cold.

7. Tinned curry. A great way to help people have a nice meal with some flavour in it. They also often contain some vegetables in them which is helpful.

8. Irish Stew. This is also something that gets requested a lot.

9. Kids snacks. As all parents know, kids can eat a lot and need topping up with food regularly!

10. Pot noodles. A good source of protein and carbohydrates.

11. Big Soups. Tinned hearty soups need to be better nutritionally than others.

14. UHT Milk for people who don’t have access to a fridge.

15. Financial aid rather than sleeping bags. If you want to give a sleeping bag for a homeless person then it’s very much appreciated, food banks and homeless centres don’t always have a lot of additional room for storage though and can also often get deals when buying sleeping bags, meaning that your money can go further. My husbands guess was that in his experience most homeless people will get through two or three sleeping bags each winter too which means they need to be replaced pretty often.

16. Help throughout the year. Your help and support at Harvest and Christmas is really, truly appreciated, however please don’t forget food banks through out the rest of winter. January, February and even March can be exceptionally cold and people living on the street or in poverty need your help just as much then.

Previous Post: « Bubble Wrap Snowman
Next Post: When should you teach your kids to ride a bike? »