This weekend we had a bit of a mad craft project overload making four new crafts, it’s been a while since we’ve done it so I really enjoyed it, well apart from the bit when my youngest got in a mood and decided to try and eat all the craft supplies but hey ho that’s parenting for you. My son did a lot of arctic animals crafts for kids at school last winter and we thought it would be good to try and create a few of our own, the first of which is this cute snowy owl craft for kids. I had an idea of how it should be but my kids unsurprisingly had their own ideas which I think probably worked even better! 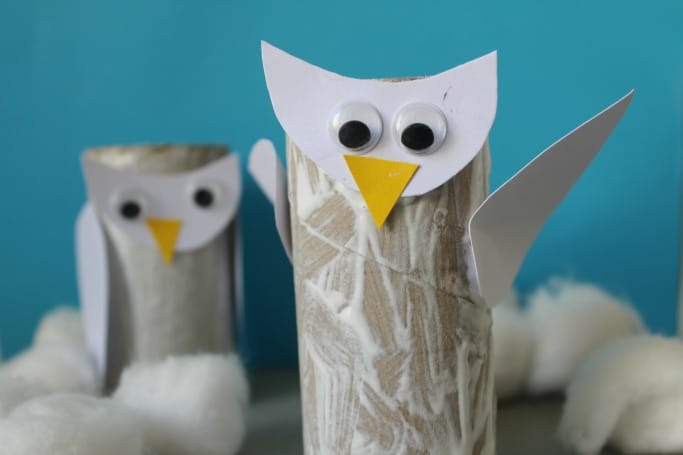 How to make your snowy owl craft

I originally posted this last year when  my son who was five and my daughter who had just turned three but it was too cute not to share again! This is a good snowy owl craft for preschoolers but likewise it works really well for kids in the early years of school. I’m including what they both made as well as my own snowy owl so you can get some kind of idea of what is achievable – for the record I’m 36 and my craft skills? Well it’s often hard to guess on which ones I made! We started by painting our cardboard tubes white. 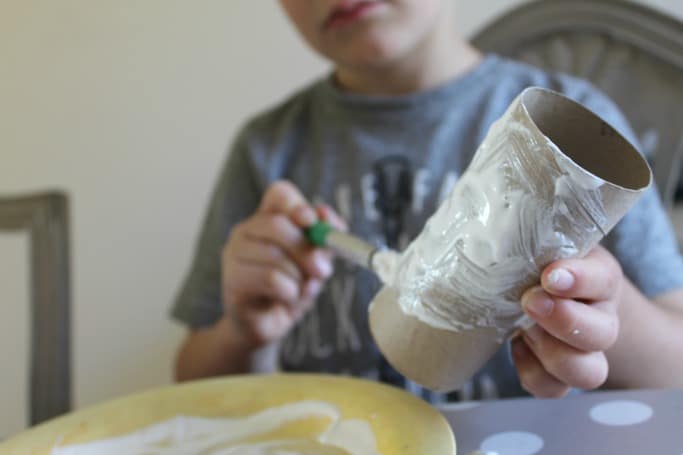 If you wanted a proper ‘pinterest-perfect’ style craft you could just wrap the tube in white paper which would get you a more all over colouring but I think that kind of takes the fun of making it away a bit. We cut out a face shape and wings from white card and cut yellow triangles from the yellow to make beaks and stuck these on and then added googly eyes for them. We should probably have shares in googly eyes by now.

I made mine with the wings facing down but after looking at some pictures of snowy owls in flight my son decided he wanted to bend his wings so his owl would look like it was flying. 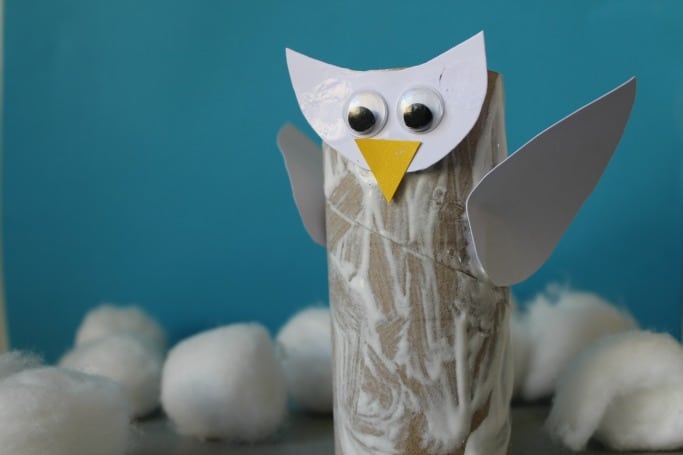 I think that actually maybe looks better? This is my daughters which she completed after throwing a humph for five minutes during the middle of our craft. True story – she needs to stop waking up every night. If you are reading Owl Babies with your kids this is a great activity to go alongside it and you can find some more activities your kids might like this Owl Babies shape activity from Rainy Day Mum. 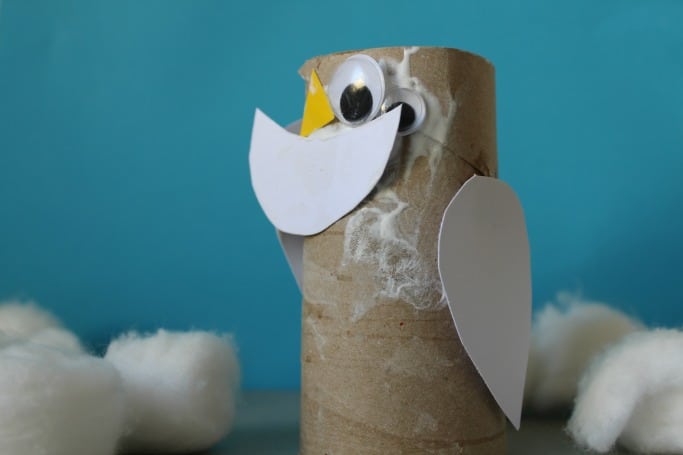 Like this craft? Make sure you pin the image at the bottom of this page so you don’t forget to make it! If you liked this activity here’s a few more you might like to try out – first up is this snowflake twirler which is perfect for practising scissor skills.

Another favourite of my children’s was this easy polar bear craft for kids. 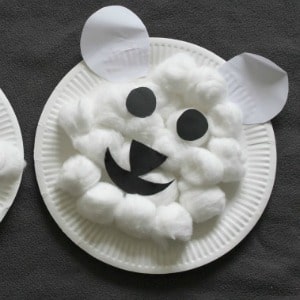 And finally this round up of winter crafts for toddlers has been super popular (and is good for older kids too!) There’s over 50 ideas so I’m sure you’ll find something you love! 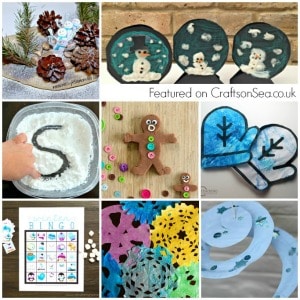