We are all struck down with Man Flu this week, so today while my son was at Playgroup and my daughter was having a nap I thought I’d try and make a little craft to make them smile. We’ve been reading Miffy in The Garden and both my kids love to garden too (or in my youngest’s case, eat dirt). But with the weather today? No thanks. I thought this Miffy small world would give them the chance to ‘play gardening’ inside and hurray because they loved it! 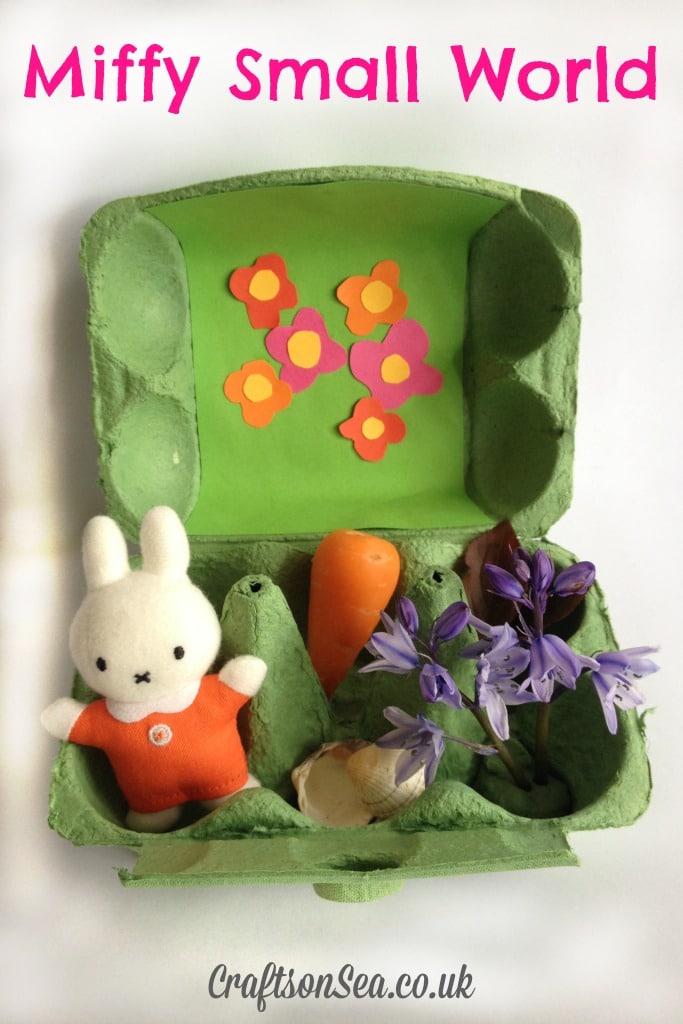 To make your Miffy Small World you will need:

How to make your Miffy craft

First I removed the paper from the outside of the egg box. As well as this making it neater it gives you a template for cutting out the other bits. I used green paper for the inside and the outside of the box and used more green, yellow and grey paper to decorate the outside to look like a garden. I think it looks pretty cute?! 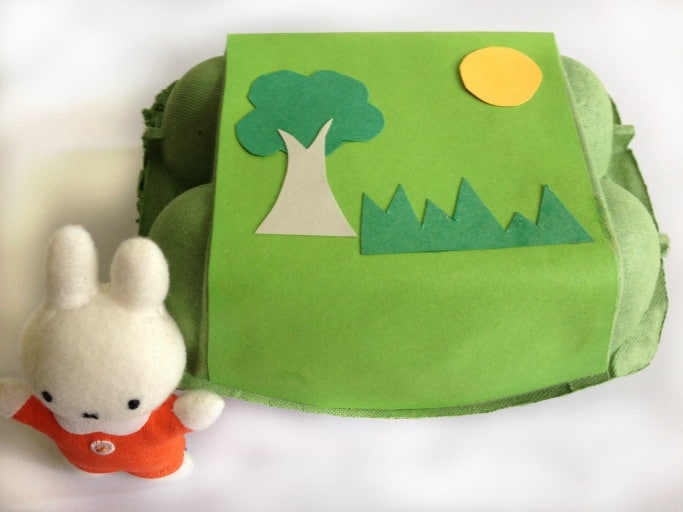 The inside of the box was covered with green paper too and then I cut out some flower shapes to decorate it with. My handy hint at this point would be to glue on to the paper rather than the egg box as for some reason that sucks up  glue like no ones business.

As this small world was inspired by Miffy in the Garden I included a carrot as Miffy grows them in the story. I also picked some leaves and flowers from my garden which I held in place with play dough and added some shells from a recent visit to the beach. If you have them lying around some good alternatives here might be a tiny cake fork for Miffy to garden with, some small stones or even some soil chocolate cake crumbs look remarkably like the real thing! All that was left to add was Miff herself who is a keyring that I’ve cut the ring section off.

The kids loved it. 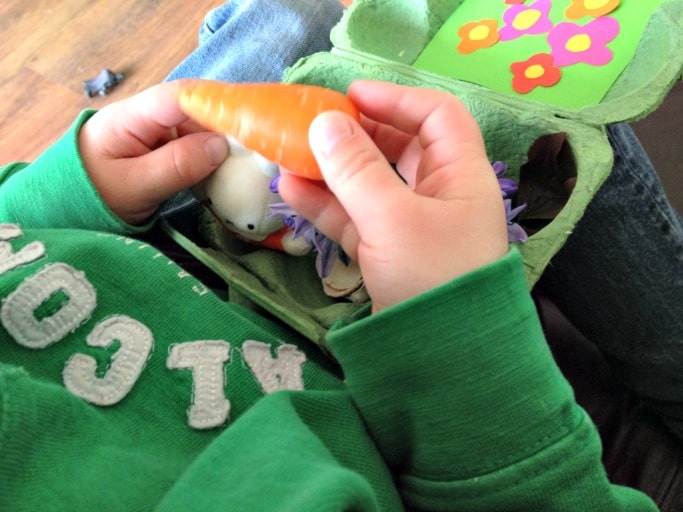 Both kids enjoyed playing with it and feeding Miffy the carrot. My son actually ate six carrots while playing with it which makes it worth the effort for that alone! My youngest (19 months) brought in a spare Miffy book for us to read too so I like to think that she understood what was going on! A welcome change from our Man Flu miseries and a sweet craft to remind us of sunnier days.

Disclaimer: I am a Miffy Mum (yay!) and was sent both Miffy in the Garden and the Miffy keyring to review.

Previous Post: « Camping with a baby – 10 tips you need to know
Next Post: Gorgeous Free Butterfly Colouring Pages for Adults »