Well the craze for DIY slime still seems to be carrying on so today I’m sharing some really cool borax free slime recipes with you today – in fact all of these are taste safe or edible slimes! A lot of traditional slime recipes contain borax which the Canadian government advises against children using for crafts and making slime. I’ve previously made slime for my son using washing detergent but it’s something I wouldn’t do anymore and it’s not something I’d advise. My daughter is also one of those kids that puts everything in her mouth so making slime with glue is out of the question for us too! 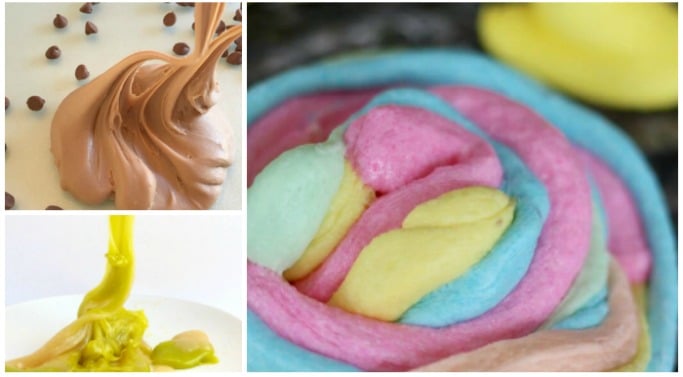 Although all these borax free slime recipes are taste safe I’ve never told my kids this because I worry that they’ll then think all slime is edible and then they might try to eat some of the other stuff. I know, over protective mama but I also know my kids have lapses in judgement some days when they’re excited! If your kids do eat a little bit of these borax free slimes though at least you’ll know that they’re ok to do so – some of them might not taste that good while others? Well they sound pretty yummy actually! Make sure that you check out each of these slimes first to see if they are taste safe or edible and obviously do check the ingredients.

All of the taste safe glue and borax free slime recipes that I’m sharing today are in the order that they appear in the image below, there’s a few more than I’ve shown in the image though so do make sure that you go and check them all out! 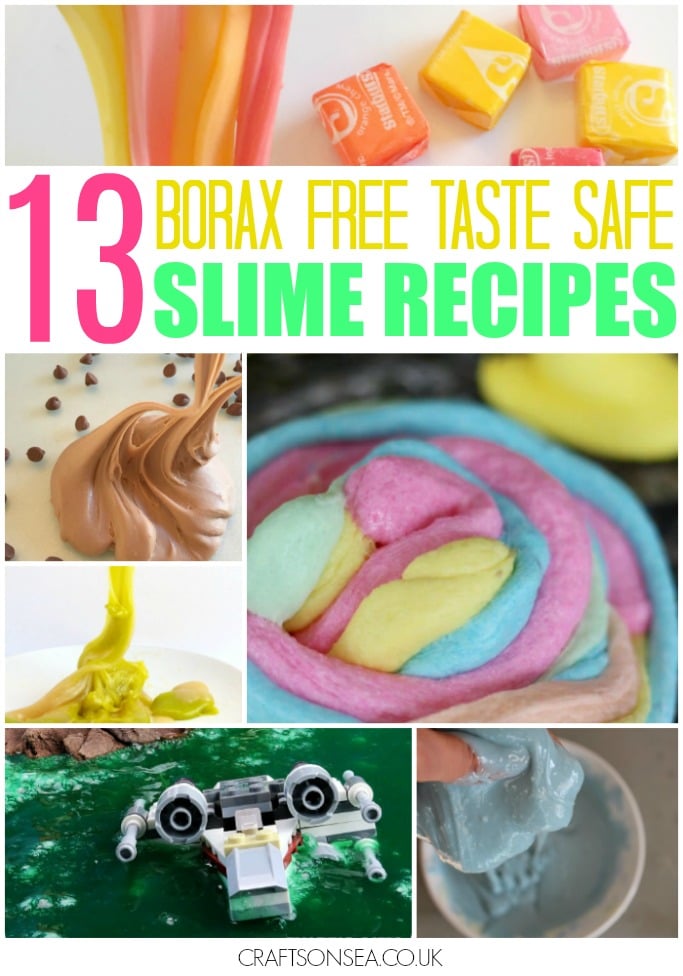 This Starburst slime from Teach Beside Me not only looks gorgeous but it’s totally edible too.

This edible chocolate slime from Teach Beside Me uses a different recipe to the other one I’ve shared below but sounds equally epic.

Sigh, I’d like to pretend my kids wouldn’t be remotely interested in edible fake snot slime but let’s be honest, they’d probably think it was the best thing ever. In good news, if you made this awesome edible slime from Little Bins for Little Hands with them they’d probably think you were the coolest mum in the world.

I’ve always been rather jealous of American friends for being able to eat Peeps as they look so pretty! This Peeps slime is insanely pretty too and I want to make a ton of it!

I sat and read this recipe for taste safe bubbling slime from Epic Fun For Kids with my mouth open because seriously it is all sorts of amazing. And they use it to make a swamp for Yoda. This is probably one of the coolest looking activities for kids that I’ve seen so far this year.

This taste safe slime recipe I shared is actually totally edible – probably just not that nice to eat! There’s a little video with the recipe so you can see it in action too.

Little Bins for Little Hands share how to make fiber slime – it’s taste safe but you wouldn’t want to eat much! the slime looks fantastic though.

This taste safe spider slime from Preschool Powol Packets would be awesome for Halloween but if you can’t wait for that long you could always swap the spiders out for something else. It would be great for sensory play if you’re learning about minibeasts though!

This taste safe cranberry slime from Schooling a Monkey would be great for Christmas or Thanksgiving.

I love how this taffy slime was actually the result of an accident!

Sadly Laffy Taffy isn’t available in the UK but I couldn’t not share this edible Laffy Taffy slime for our readers in the US – do let me know what it’s like!

If you fancy a bit of a science experiment too then this non-toxic static slime from Teach Beside Me sounds amazing, thankfully they explain the science behind how it works too! 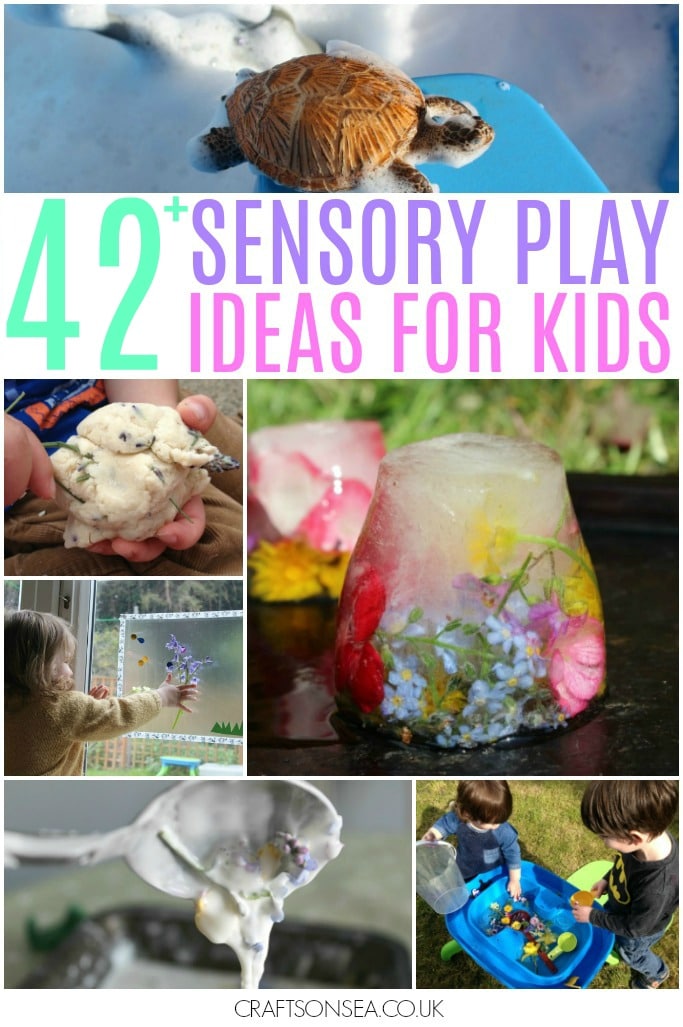