Did you know that 8.30pm on March 25th is Earth Hour? It’s the world’s largest demonstration of support for action on climate change and this year will be it’s tenth anniversary. WWF challenged me to come up with some crafts that kids could make to help raise awareness of some of the animals that are the most affected by climate change and I think making these would be a great way to have a bit of relaxed family time with your kids while also making sure that they are aware of why Earth Hour is so important for our planet so I’ve included some information about each animal from the WWF. As a mum myself I know that my own kids are always really interested when I talk to them about matters I think are important, although pro tip here, don’t do as I did once and start these chats at bedtime as the discussion we once had around apartheid in South Africa put bedtime back by a long time! I’ve tried to embrace the spirit of Earth Hour by using craft materials that I found in my recycling bin rather than buying anything new. I prefer to do this anyway but it really made me think this time about how much packaging we go through, recycling is great but less packaging will be even better! If you make any of these crafts with your kids I’d love to see them  just hashtag them #MakeClimateMatter on Twitter or Instagram and if you tag me @craftsonsea I’ll share them for you too. Make sure you sign up to Earth Hour here and turn your lights out for an hour on the 25th March! 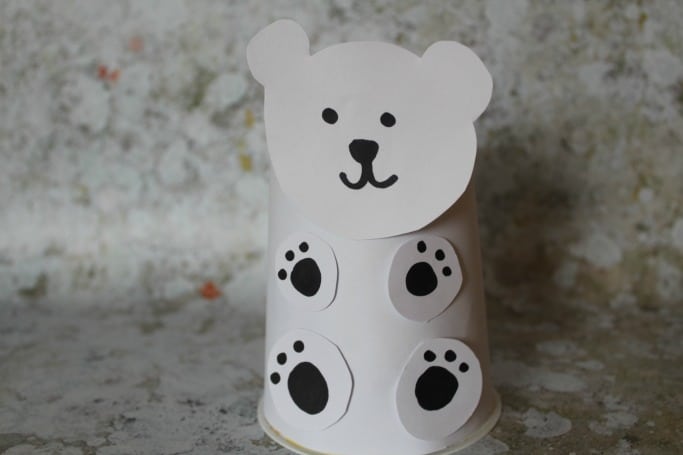 I have to admit I’m kind of in love with this elephant craft, it’s so easy but it looks really effective and you can use your elephants as a puppet as well! The elephants body is made from a brown paper bag that was the packaging for some cookies I’d bought in a supermarket, it’s just turned around so you don’t see the see through gap and I carefully pealed off the sticker that had held the packet closed. The ears and trunk are cut from blue paper (you could use grey but I didn’t have any and was trying for this challenge not to buy anything!) and the eyes and mouth were drawn on with a felt tip pen. 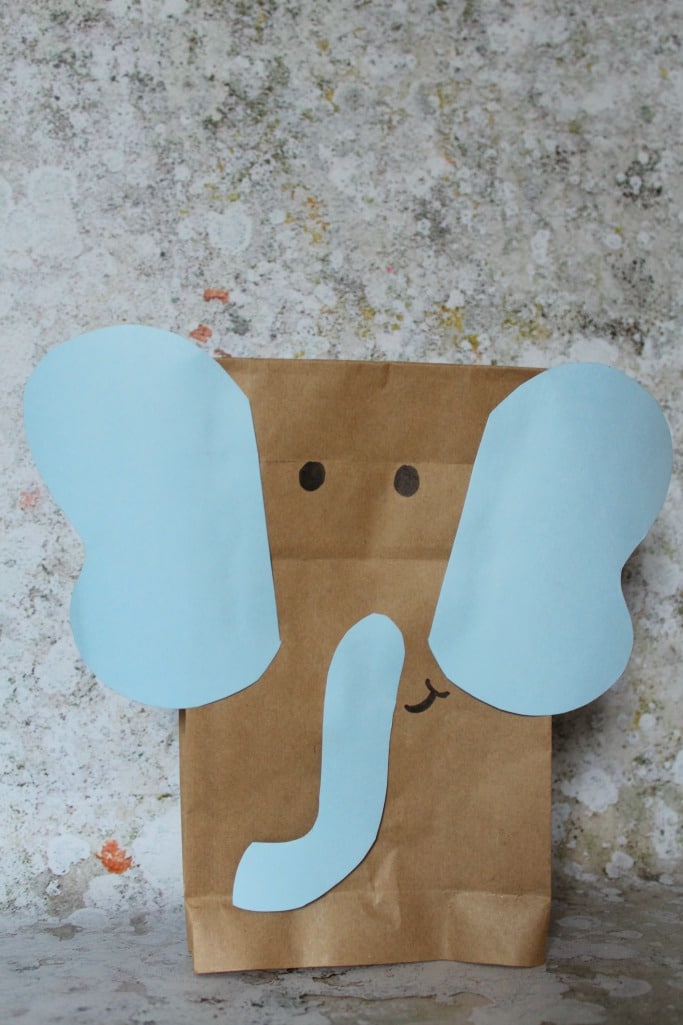 Why are Elephants at risk from climate change?

Changes in rainfall and plant growth, impacts these huge animals that need to eat large amounts and drink around 150-300 litres a day.

These sweet turtles were made using some corrugated cardboard that that been wrapped around a fireplace we had delivered last week. As we don’t have many shops near us we get a lot of things delivered by post or couriers so we often have some cardboard in our recycling bin but you could use cereal packets or similar instead. Cut the shape of the turtles body out of the cardboard and then cut some more oval shared pieces from the cardboard, sticking them on top of each other to make a shell. This craft is also a great way for kids to practice their scissor skills and for looking at sizes and seeing if they are bigger or smaller. Once the glue is dry the turtle just needs painting. I’ve shared a paper plate turtle before that my daughter made if you’d like some more inspiration for turtle crafts. 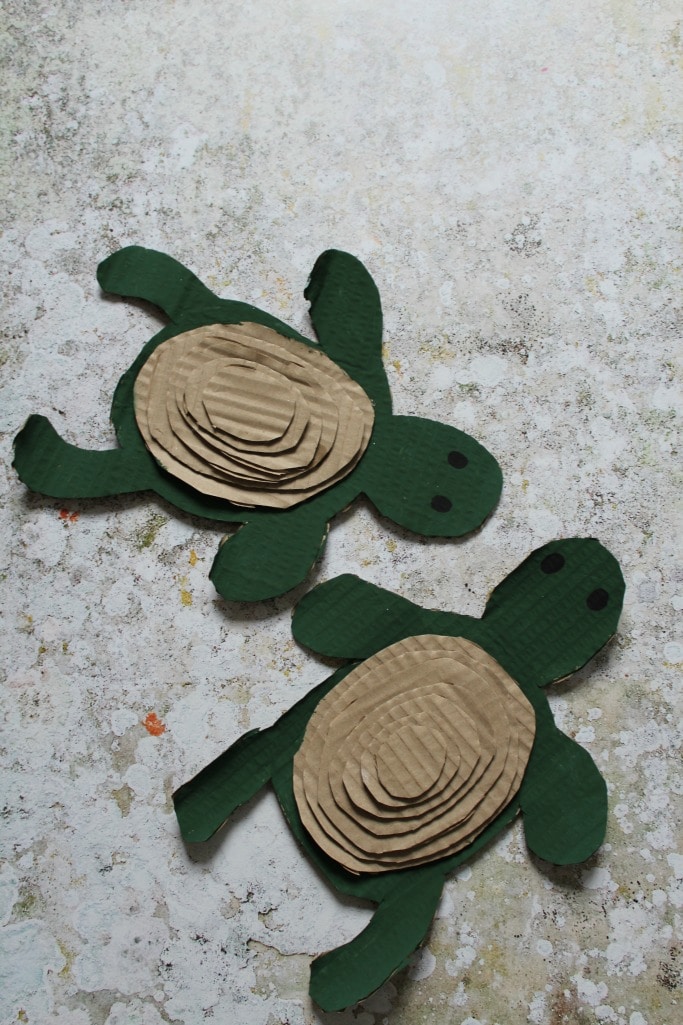 Why are Turtles at risk from climate change?

This sweet Polar Bear is made from an empty large yogurt pot. I started by painting it white but wow does that take a while to get a decent coverage! I know that my kids don’t always have the patience for that so if you want a quicker way to get a clean finish instead wrap the yogurt pot in a bit of scrap paper (a great way to get an extra use out of shopping lists or paper your kids have drawn on!) securing it at the back with some selotape and cutting the paper to size so it fits properly. The polar bears face and paws are cut out from white card and then drawn on with a felt tip pen and then glued in place. You can also check out the paper plate polar bear craft that my kids made a little while ago for more inspiration. 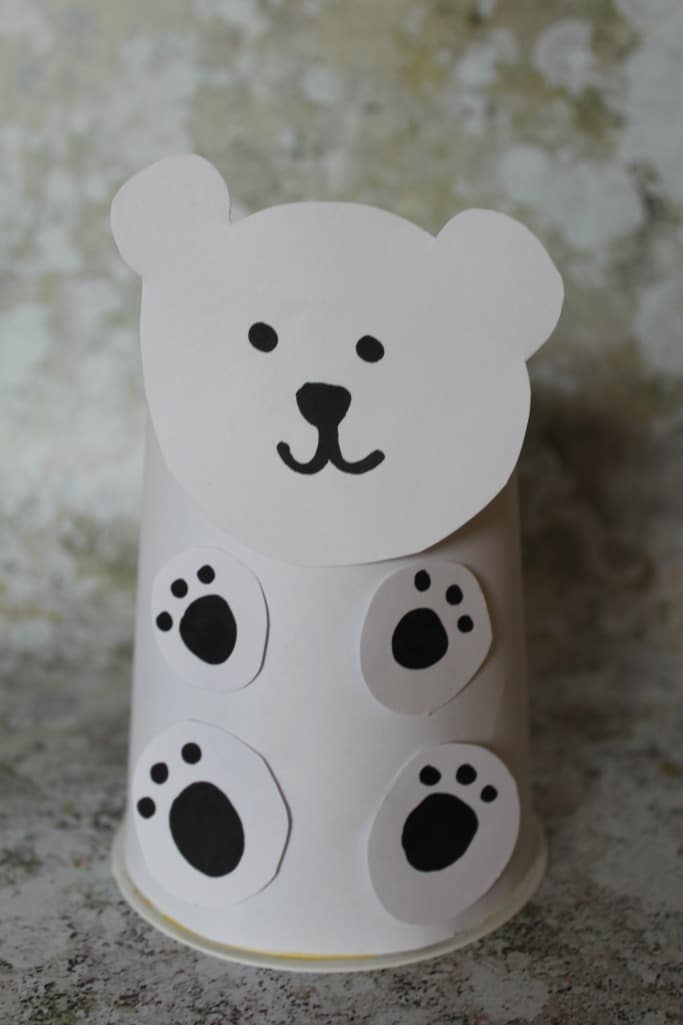 Why are Polar Bears at risk from climate change?

Climate change is the single greatest threat to polar bears

Earth Hour takes place on 25th March at 8:30pm and the easiest way to show your support is to turn your lights out for that hour! The WWF website has loads of ideas about how you can join in with Earth Hour and do your bit to raise awareness about climate change. You can sign up, fundraise, find out about local events or even invite your friends and family round for your own event! Don’t forget to join in on Twitter, Facebook or Instagram too, showing your commitment through using the hashtag #MakeClimateMatter and helping the WWF reach their target of one million messages of support.
Sponsored Post 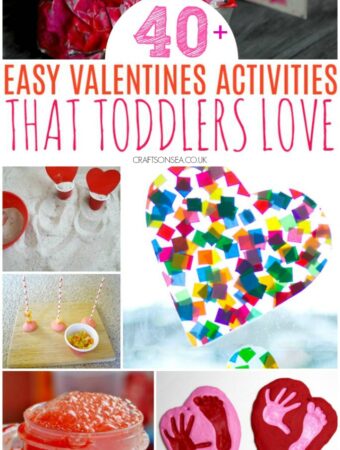