the weekend before last we went glamping, I’m a huge fan of spending time with the kids outdoors and they love to go and set up home in a yurt on Bodmin Moor. There was of course, one little problem. Ok, actually there was two. Firstly we were meant to go out for the day and our car decided that it no longer wanted anything to do with it’s fan belt, meaning that it wouldn’t move and we had a bit of an unplanned day at the yurt and secondly, well…. British summertime once again failed to amaze us which meant that we had a bit of self imposed time hiding indoors. Thankfully we’d been asked if we’d like to review some of the mini games from Orchard Toys so this was the perfect time to try them out. 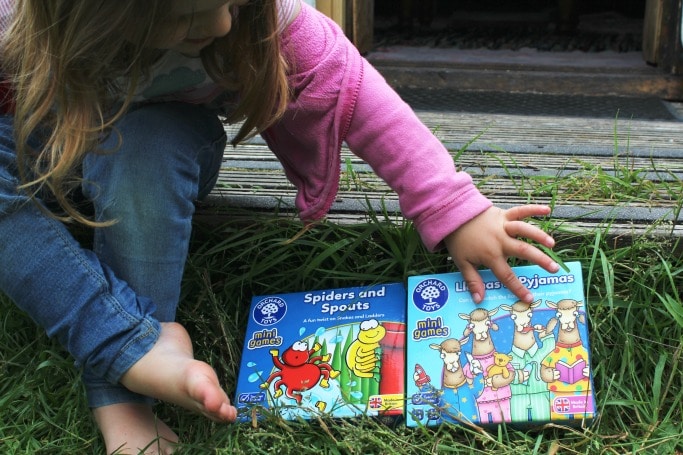 We were sent two games to review, Llamas in Pyjamas and Orchard Toys both of which seemed to be at the right level for my kids who are 3 and 6. With a three year age gap in between them I can sometimes struggle to find games that will keep my son entertained but are also easy enough for my daughter to play but so far Orchard Toys have always worked really well for us and we have quite a few of them at home – the games themselves are also nice and sturdy – a fact that with two small kids I certainly appreciate. 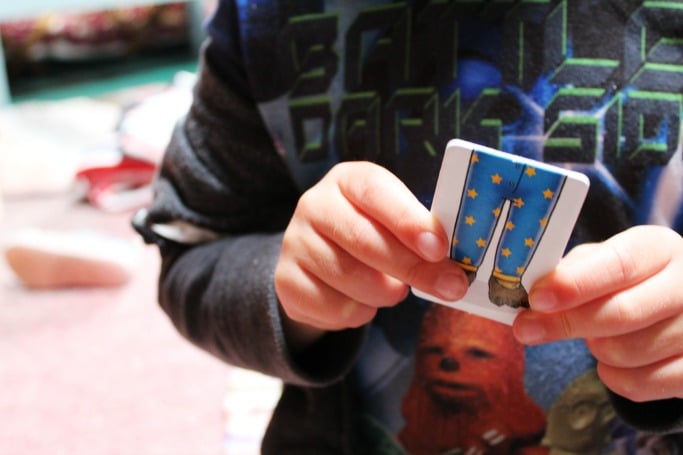 Spiders and Spouts is a Incy Wincy Spider themed game of snakes and ladders while Llamas in Pyjamas is a fun matching game. My kids enjoyed both games but I think for us Llamas in Pyjamas was the favourite as it’s unlike anything else we own and also my kids kept making up alternative rules for the game, not only did we play it a lot on holiday but we’ve played it a lot since we got home too. 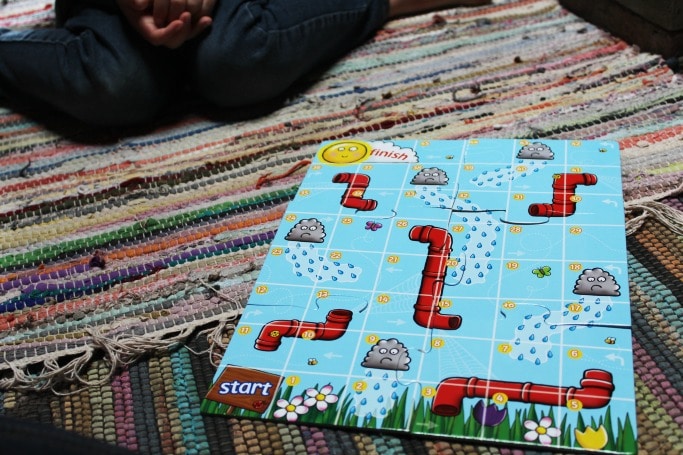 I loved the smaller sizes of games which meant that they were easy to pack for our trip – I’ll normally pack a few things for the kids to play with but most games are far to big to take away with us. These were perfect and I’m planning on taking them on another trip in a few weeks too!

Have you tried out any of the games from Orchard Toys? Which would you recommend we try next?

Disclosure – we were given these toys to review – all opinions remain our own.