Well, it’s been emotional. By which I mean a bit hard. On about day four of life with baby number two I read an article on the BBC about how getting less sleep than you should means that your brain won’t form long term memories properly. Obviously I can’t tell you how much sleep was considered not enough though, it was 3am, I can’t remember.

So far, three weeks in, we’ve had reflux and colic diagnosed, a nine percent weight loss meaning we were told to wake the baby every 3 hours for a feed or take a trip to hospital, a slightly ruptured c-section and a woman, apparently in the prime of her life with eye bags down to her waist and an addiction to coffee re-discovered. I did say I missed coffee though so that’ll teach me. 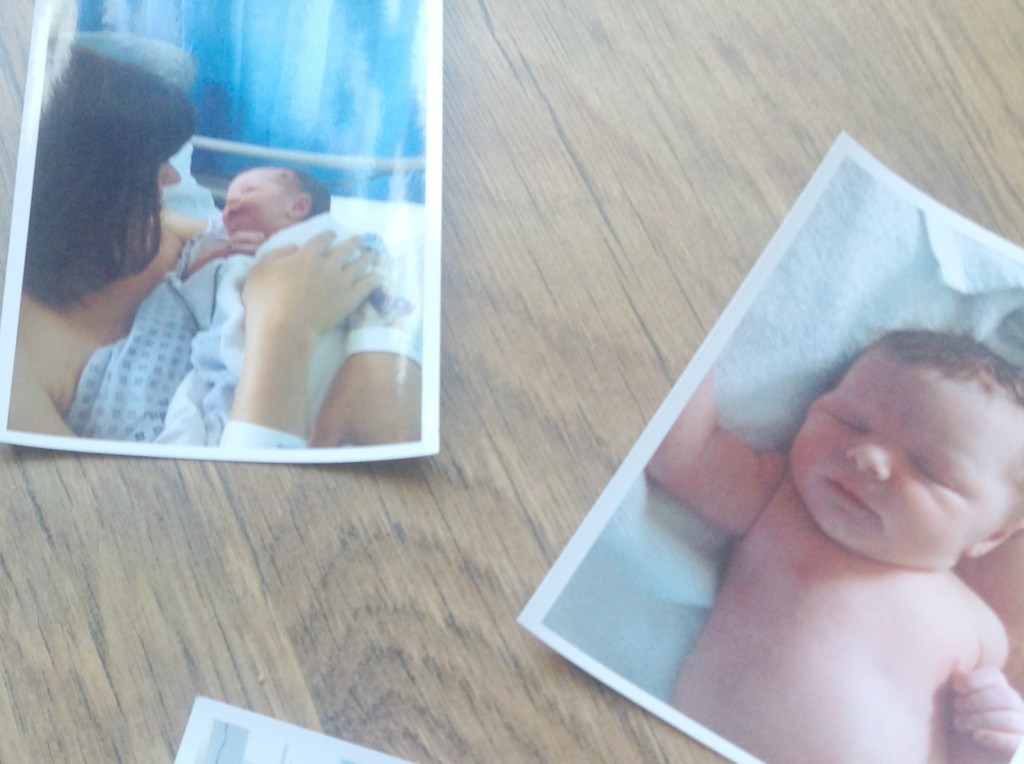 Obviously I’m still grateful because I know some people have it far worse and things seem to be improving. Amongst all this there are the good bits. When the new baby gives you a big grin and you know that, no matter what research says, its because she loves you and nothing at all to do with wind (because she is a girl and girls obviously don’t do wind). When The Toddler asks if he can stroke her cheek, or tells her ‘don’t be sad, just be happy!’ and she instantly stops crying.

We were also given the chance to review Pampers New Baby Sensitive nappies. As The Husband has eczema and I basically went though every brand going of nappy cream with The Toddler I was more than happy to give these a try! So far, all seems good and, as someone who isn’t getting much sleep, I’ve also been really pleased with the fact that they haven’t leaked during the night. Because if you’re still up at 3am you don’t want to be up again at 3.30am because of a leaky nappy, right?! 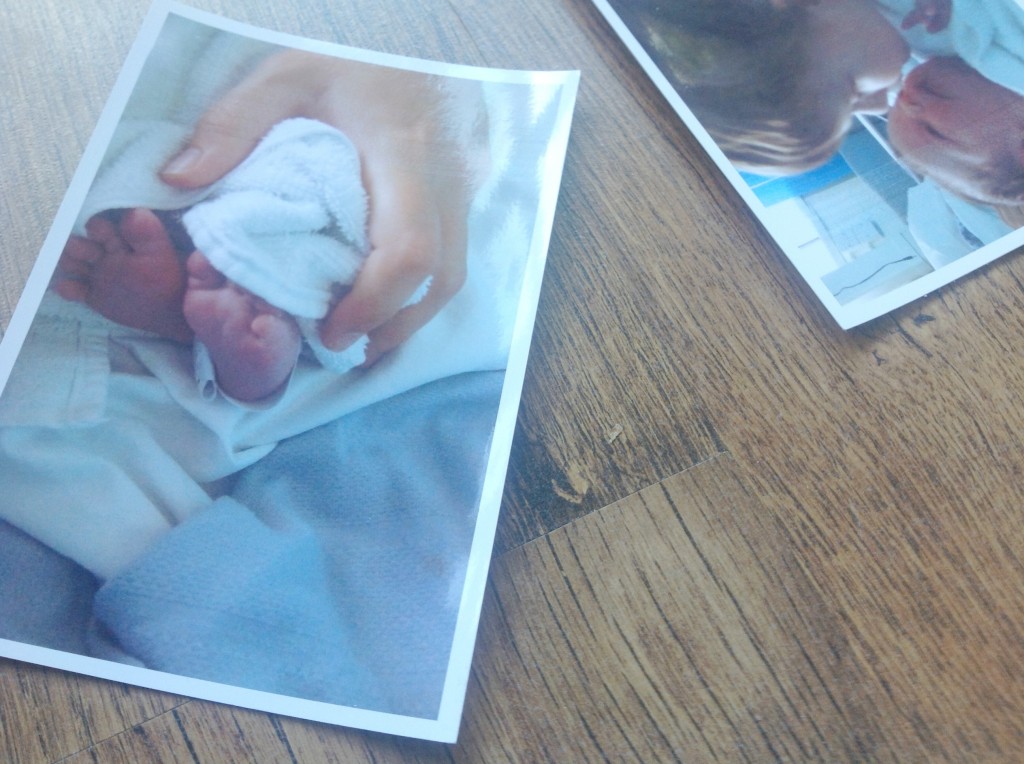 They also have a little strip on them which changes colour when the nappy gets wet. Now, as a rule I am very much against adding things for the sake of it, but before we realised how much weight our new addition had lost (and we think 9% was when she’s been gaining for a couple of days) I told a midwife I was concerned that all her nappies appeared dry to me. Don’t worry, I was told, it’s just that nappies look empty, it won’t really be though. Err, it was empty. Because she wasn’t feeding properly. So if at the time I’d had that the Pampers nappies and this little sign perhaps we wouldn’t have got quite into the pickle that we did.

The total lack of sleep has wiped some of the humour from this month. I still smile when remembering how when The Toddler was a baby he managed a perfectly arched wee into his dad’s cup of tea early one morning, but I’m not sure I have an equivalent story for my daughter. And yet…it is nice. The four of us. Even tired, bleary eyed and slightly snappy. Last night was the best nights sleep I’ve had so far. Things are very much on the up. 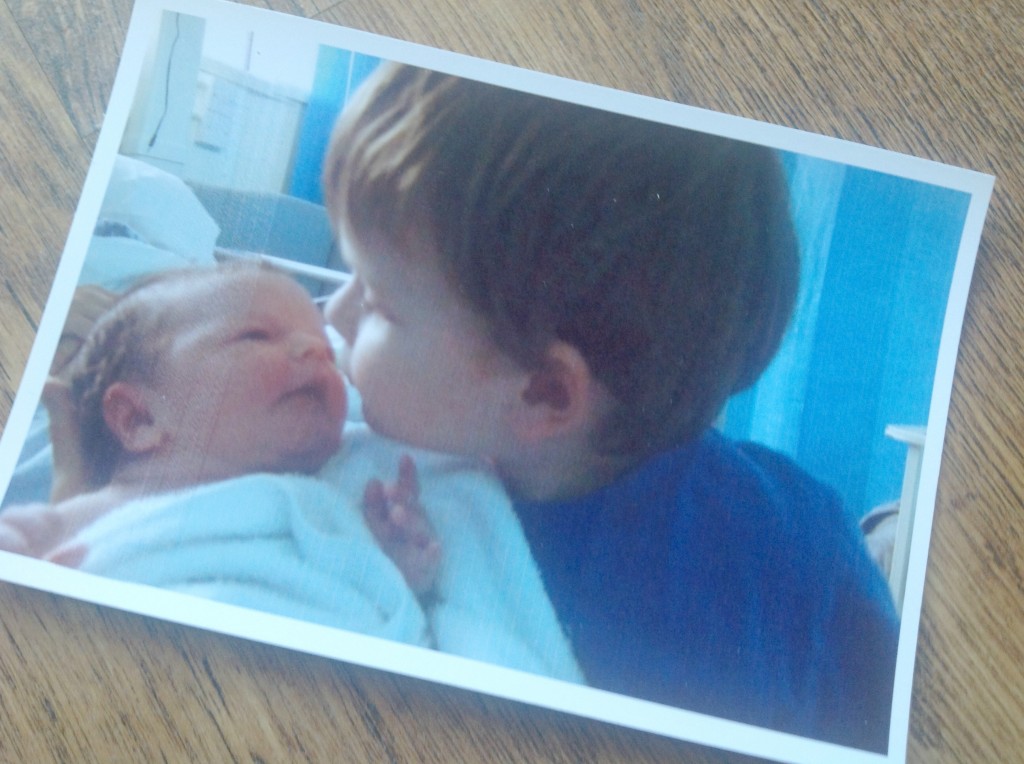 As we ventured out into town last week, on the husband’s final day of paternity leave The Toddler turned to me, ‘I’m Iron Man!’ He informed me, a fact obviously gleemed from the Super Hero Squad DVDs we’ve been switching on when we need to switch off. ‘Daddy is Hulk! Mummy! You Thor!’ And as we roamed through the shopping centre, me swinging my imaginary hammer at the numerous baddies in our path I asked him, and who is your sister? Who can she be? Miss Marvel, he decided. Which seems fair, because despite the stress and the lack of sleep, she really is still quite marvelous.

This post and review are part of a sponsored project with BritMums. All opinions are my own.